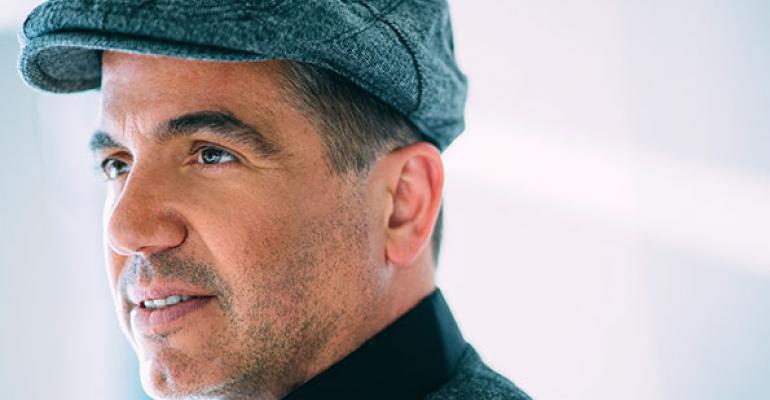 Reno Provisions encompasses a bar, a cafeteria, a deli, a grocery store, a bakery, a pasta shop and a butcher shop. &bull; GALLERY: The latest in the Little City&#39;s culinary renaissance &bull; See more Owner Interviews

Provisions
plural noun
Supplies of food, drink or equipment, especially for a journey.

In December, as Mark Estee cut the ribbon on his culinary crescendo—Reno Provisions in Reno, NV—he took a quick moment to think about what had got him there.

It had been nearly 20 years since he moved from Boston to Lake Tahoe, and 12 years since he opened his first restaurant, Moody’s Bistro and Lounge in Truckee, CA. But in those past 12 years he had opened or helped open eight restaurants in the surrounding area.

He thought back to the 2011 opening of Campo, his first restaurant in Reno, which brought a modern style of dining to Reno residents. He was focused on local food then, buying as much local meat and produce as he could get his hands on. He’s left Moody’s behind, but he’s since opened Chez Louie and Heritage down the street from Campo. He’s also founder and partner in two fast-casual Burger Me! Locations—in Truckee and Reno—and his Campo brand has expanded to Mammoth Lakes, CA, where he is a partner and chef.

Now, Estee has opened Reno Provisions at a time when “local sourcing” is so commonplace that it borders on cliche. But he stays true to his philosophy, which includes partnering with local farmers.

Reno Provisions is many things—a bar, a cafeteria, a deli, a grocery store, a bakery, a pasta shop and a butcher shop. But one of its main purposes is to provide Estee with buying power—a centralized operation where he can buy local meat and produce in bulk and then supply the rest of his empire. At 15,000 square feet and nearly $2 million, Reno Provision is the largest and most expensive project he has ever undertaken, he told the Reno Gazette Journal. We recently asked him about the concept.

RH: What kind of progress have you seen in Reno and what keeps you around?
Estee: I moved to the Lake Tahoe area in January 1996 and watched Reno grow a bit. I looked at Napa, San Francisco and Reno, and I saw some culinary indicators that Reno was on the rise. The Whole Foods was one of the busiest in the region and a local co-op was growing to 10,000 square feet. I built my first restaurant in Reno (Campo) in 2011 and since then my group has opened seven restaurants. Campo made a big splash because it was one of the first new restaurants serving great quality food in a casual environment with fine dining service. It started to change the landscape a little bit, people started to take notice and we’ve been busy moving that dial.

RH: What initially led you to consider branching out beyond full service?
Estee: I realized by opening something like Reno Provisions I could really increase 10-fold my production on some things, and that helps from a business standpoint. For example, we can now produce 500 pounds of ground beef a week and we're able to upgrade the quality of ground beef at all of our restaurants. Before, Burger Me! was just buying beef from a local producer and we were using lean bull meet to fill it out. Now we’re buying all natural Wagyu trim and lean meat. We’re making steaks and are using bones to make a great, local bone broth; and we’re making organic bread for the co-op. These new sales avenues are the part I’ve learned on the fly.

RH: How would you describe Provisions to someone who's never visited?
Estee: The first floor is 6,000 square feet, with a bar, a cafeteria, pastry cases, dessert cases, cheeses, premade salads and a retail store with all local products. We have a whole case dedicated to pasta and sauces. Everything you see in the store is made downstairs—that’s where the action is. We have an elevator and a grand staircase for the employees to get up and down. Sometimes members of our kitchen staff are running up and down the stairs 100 times a day. The whole first floor is a rentable space. People are figuring it out.

We built everything and built it to last. I’m a little bit hard-headed when it comes to being in downtown Reno. Sometimes I think I should’ve done the bottom basement stuff on the outside of town where it would’ve been cheaper, but I’m a big believer in what’s going on here.

RH: How’s business so far?
Estee: It’s $10 for a really fast lunch in a nice, big, beautiful room. We create the tray for you. We just opened in December and it’s going to take a little big longer for people to realize this is an option. It’s also taking a little bit longer than I expected for the cash flow to get going.

RH: You’ve said in the past that you “want to figure out what local people want in food beyond just dining out.” Have you got any hints/ideas yet?

Estee: We’ve been really lucky to build a good, loyal customer base that visits all of our restaurants and wants to be a part of what we’re doing, which is to simply put the focus on the farmers. It’s not just about the dining experience but almost about being part of the tribe or the family. Being part of the movement and of Reno’s up-and-coming. It has created a sense of community and helped shape our restaurant culture. You see a renewed bounce in everyone’s step. All of our Reno locations are within a four-block radius, so we do a lot of walking. I ask all my team members to pick up trash and say hello to people. A lot of people are doing the same thing, just maybe not as loudly as we are.

RH: "Buying local" has become a mantra for many restaurants. What does it mean to you?
Estee: My local means, in simple terms: Do you know where your food comes from as both a consumer and a purchasing agent? The search for as many local products as you can get your hands on is a tireless effort. Everything we do is based on what’s available to us. The idea, to me, is about putting your money where your mouth is. Show me how much you spend in the community. If I find a new local source, I’m willing to share that with everyone in the neighborhood. That’s kind of where Provisions came from.

RH: What opportunities did you gain by centralizing food production for all your restaurants?
Estee: We were doing all of this—butchering, making the bread—at Campo and selling it elsewhere. I had the talent in the kitchen at Campo. During service I’d be sawing a pig or a cow and a table of 10 wants to say “hi.” Well now we just went from two 5-foot tables to 5,000 square feet and took that labor to Provisions. That allows the chefs at the restaurants to focus on the food itself.

The efficiencies have been phenomenal for us; our first P&L statement from Campo (since opening Provisions) was the highest it’s been in 3½ years.

RH: Any future projects in the works?
Estee: Right now my focus is on Provisions … and I’ve said “no” a heck of a lot lately. I’m always looking for consulting things where we can bring the group with us. We have an army of men and women doing great things and evolution will play itself out. Reno is going to be my home and if we ever have (other) restaurants I feel pretty strongly they’ll be centralized in Reno.