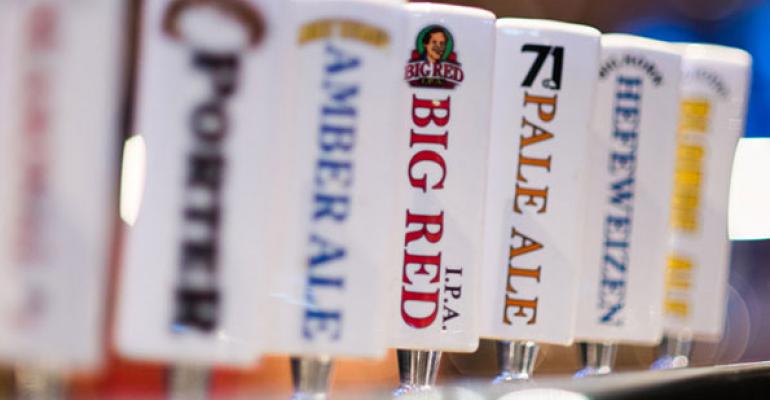 <p>Eighty percent of Ram Restaurants and Breweries&#39; beer sales are of their in-house brews.</p>
People>Owners

If you benefitted monetarily from the success of a project, would you work harder to ensure its success?

That’s the thinking behind the introduction of an Employee Stock Ownership Program (ESOP) by the Ram Family of Restaurants and Breweries. Ram, with three brands and 31 casual sports bar/breweries, announced just before Christmas that, moving forward, its 2,200 employees would become shared owners of the company.

ESOPs are used for a few different reasons, but most often the employee-benefit plans are set up to provide a market for the shares of departing owners and to motivate and reward employees. They’re similar to a profit-sharing plan in that the company sets up a trust fund and contributes new shares of its own stock or cash to buy existing shares.

At Lakewood, WA-based Ram, both reasons apply. “One of the things we expect is increased performance,” says Jeff Iverson Jr., who before the ESOP was part owner with his two siblings. “We hope it raises their game. This isn’t a get rich quick plan. If you’re accountable and contribute, at the end of the day you’ll have a bit more incentive.”

By the same token, Iverson and his siblings see the ESOP as the early stages of their exit plan. Because the restaurant business is a high-energy business with lots of demands, Iverson says he’s prudent in his planning. Someday, he says, he may not have the same energy left in him.

“We have to ensure the future viability of Ram without worrying or getting to a later age and not having a plan,” he says. “At some point we needed to diversify. One of the things we’ve always done fairly well is plan, or bring the future into the present.”

ESOPs are becoming more popular across many industries but have yet to really take hold in the restaurant industry. To this point, the practice has been limited mostly to breweries; Harpoon, Deschutes and New Belgium are all employee-owned companies.

Ram, which attributes 80 percent of its beer sales to suds brewed in-house, considered taking the company public. But Iverson says he thought that was the least desirable option. “We don’t want to have to answer to some grandma in Minnesota on a Thursday night,” he says. “Plus, the costs are exorbitant.”

An ESOP stood out as the most intriguing strategy. Owners were able to tweak the plan slightly, but the government dictated most of the financial structure. Employees will receive stock options proportional to their earnings, so managers who stay with the program will have a larger stake than servers or kitchen staff, for example.

The new financial structure and benefits were announced to team members via video on Ram’s website just a few says before Christmas. Iverson says the company is still in the early stages of explaining what it means and answering employee questions. He adds that it probably won't hit home with most of the team members until they receive their first annual statements and see what’s in their account.

Iverson and his siblings will retain a chunk of stock in the company and will continue to lead from a management standpoint. But the ESOP will pave the way for internal growth.

“We’ve always had the most success in our company when we’ve grown from within,” Iverson adds.