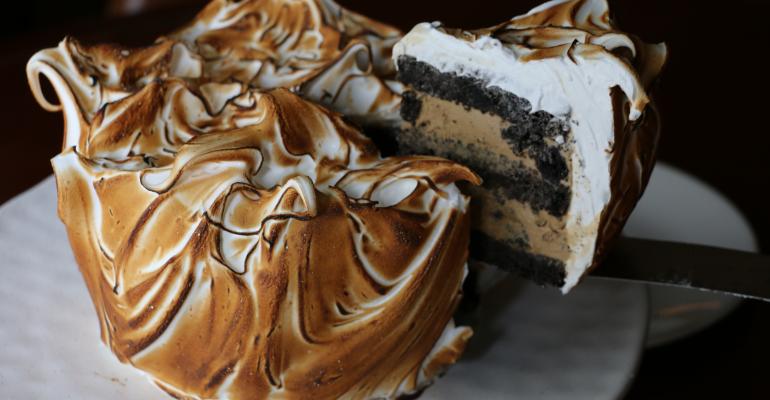 Culinary professional wins with Mocha Alaska made with OREO® cookie pieces, a classic with updates

When people have something to celebrate, they order Baked Alaska, and OREO® Cookie pieces make the festive dessert even better. That was the idea behind Mocha Alaska made with OREO® Cookie pieces, the Grand Prize Winner of the 2019 OREO® Cookie Recipe Contest, Culinary Professional. Valerie Nin,  executive pastry chef at Grill 23 & Bar in Boston, said the inspiration for her winning recipe came from the ongoing popularity of a classic dessert.

“We have Baked Alaska on our celebration cake order form,” Nin says. “We’ve always had a layer of OREO® creme in the middle of the cake, but for the recipe contest I wanted to punch up the OREO® ingredients.”

Baked Alaska, which consists of layers of cake and ice cream covered with meringue and heated, was once the go-to dessert for upscale restaurants. “If they had Baked Alaska on the menu, and they set fire to it at the table, that’s how you knew it was a fancy restaurant,” Nin says. “Then it went out of popularity, but in the past couple of years people have been craving nostalgia in general and in their desserts.”

The dessert takes three days to prepare. “It has a lot of components,” she says. “It requires planning, and the meringue is technically challenging to do.” Instead of flambé at the table, the meringue is toasted with a brulee torch.

Nin has been involved  in foodservice since childhood, when her grandparents owned a restaurant and she spent time there during holidays. She began working in restaurants in high school, but did not decide whether to specialize in sweet or savory foods until she attended Johnson & Wales University in Rhode Island. “I decided, this is it, I want to do pastry,” she says.

She graduated from JWU, then earned a Bachelor’s degree in general business and entrepreneurship from Grand Valley State University in Michigan. She worked as pastry chef in several cities, and has been executive pastry chef at Grill 23 & Bar, a steakhouse, since 2016.

The new Mocha Alaska made with OREO® Cookie pieces is available at Grill 23 & Bar. “Baked Alaska is our favorite for celebrations,” she says. “If you are celebrating you should go all in, get something that feels very special.” 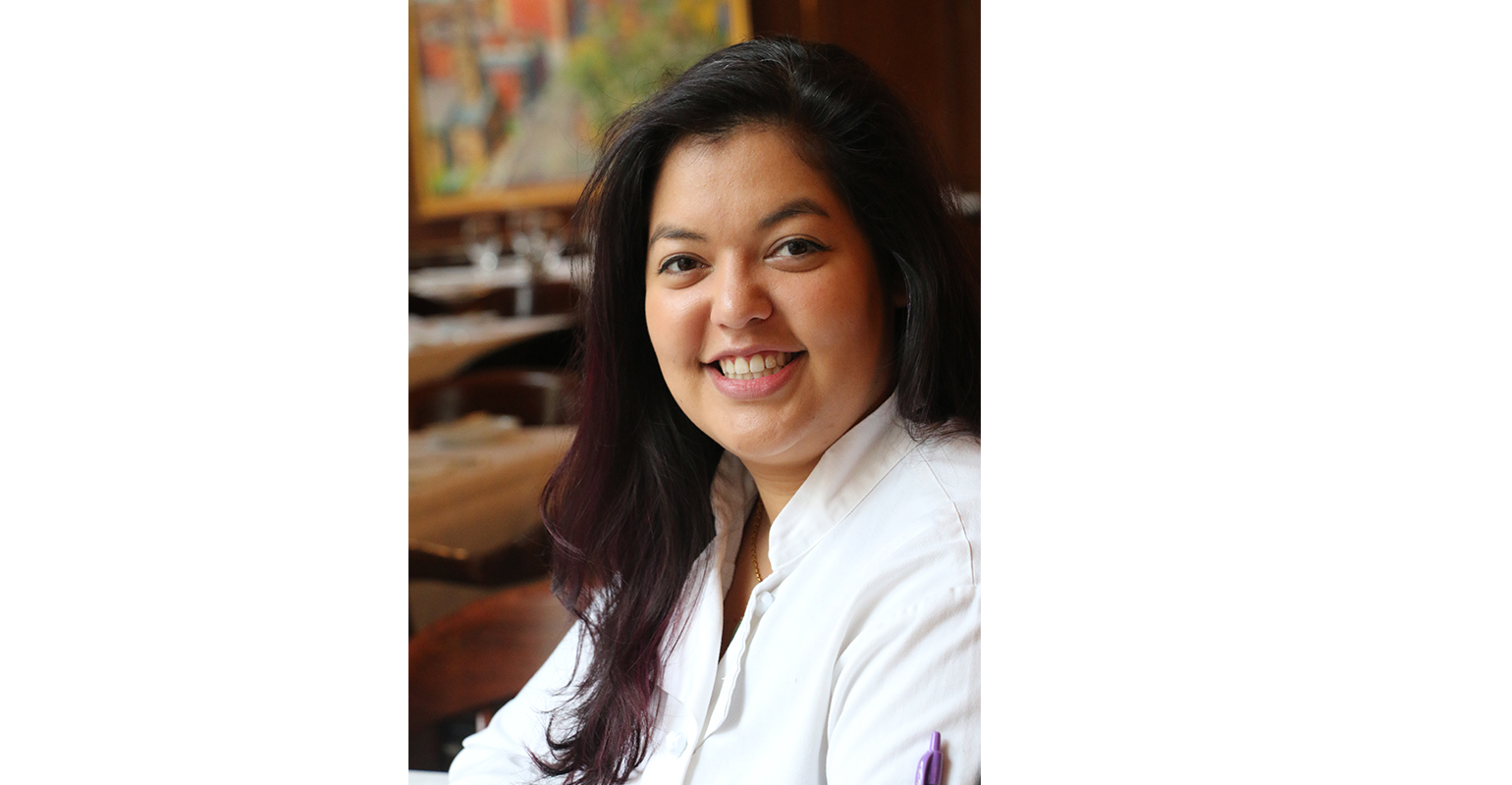