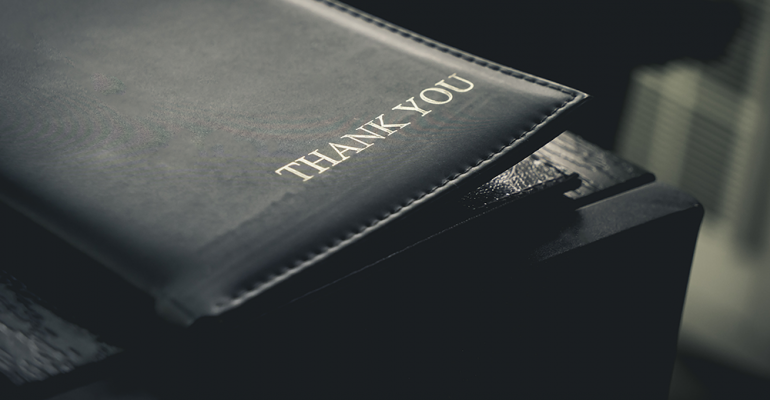 When is a service charge considered a gratuity?

Plus, new rules on overtime calculations; and getting ready for news laws in 2020

California employers should take a careful look at how they communicate their service charge policies in light of a state appellate court decision earlier this year.

An Oct. 31 ruling in the case Lauren O’Grady v. Merchant Exchange Productions Inc. in California’s First District Court of Appeal held that an automatic service charge could be considered a tip under the state labor code.

Attorney Aaron Colby of Davis Wright Tremaine LLP in Los Angeles said the case doesn’t change the law, but it does highlight the risks in the way employers communicate — both to workers and guests — how such service charges are used.

“It was already the case that if you’re not clear with customers [about how service fees are used], you could face a consumer fraud lawsuit,” said Colby.

“But you have to be clear with employees too. If you lead them to believe these fees are going to workers, the fees could be considered tips.”

The class-action case involves as lead plaintiff Lauren O’Grady, a server and bartender at Julia Morgan Ballroom in San Francisco, operated by Merchant Exchange Productions. The ballroom had a policy of charging a mandatory 21% service charge to food and banquet bills. Part of that money was kept by the employer, and part was paid to managers and other non-service workers. None went to servers.

Historically in California, mandatory service charges that are automatically added to the bill — an increasingly common practice as restaurants struggle with higher labor costs — are generally not bound by the same rules as gratuities. Except in a few cities where such fees are specifically regulated, employers can collect service fees and use them as they like — they can keep them entirely, or share some or all of that money with workers and even managers/supervisors.

Gratuities, on the other hand, are voluntarily given by guests for services rendered. They are not considered wages subject to sales tax (though they are subject to social security and other taxes), but they must go solely to workers in the line of service. Employers cannot keep tips, and managers or supervisors are not allowed to share in tip pools.

The appellate court agreed that in some cases a service charge could meet the definition of a gratuity. The case was sent back to lower court for further proceedings.

The takeaway for employers is that they must clearly communicate to guests and employees what happens to service charges, to make sure no one is misled.

“It sends the message that when you’re doing a service charge, that’s language that you better get a lawyer to write for you,” he said. “Even if you say it’s a service charge and it’s mandatory, if you describe it wrong, it could be a tip, for employee purposes.”

A good first step is having an in-house policy that makes clear how service charges will be used. That often becomes Exhibit A in lawsuits, he said.

“You can say, ‘[a service charge] goes to the restaurant. This is not a tip. If guests tip on top of that, that is a tip and that goes to workers,’” said Colby.

Though the O’Grady case only applies to California employers, the use of service charges in one form or another has spread across the country. Because California tends to be a bellwether on such issues, Colby said employers outside the state should keep an eye on similar cases elsewhere.

“Outside California, stay tuned to this issue,” he said.

The U.S. Labor Department in November proposed a rule that would allow employers to offer bonuses or other incentive-based pay to workers whose hours vary week to week.

The proposed rule is designed to clarify that payments in addition to the fixed salary are compatible with the use of the “fluctuating workweek” method under the Fair Labor Standards Act, or FLSA.

As proposed, the rule would revise the existing regulation to expressly allow that any bonus, premium or additional pay be included in the calculation of regular rate used to determine overtime pay, unless it is excluded under the FLSA. The rule will also be revised to make it easier to understand, the department said.

Attorney Hagood Tighe, with Fisher Phillips wage-and-hour practice in Columbia, S.C., said employers in the past have been confused about whether they can pay bonuses to workers who are compensated using the fluctuating workweek method, in part because some courts have not permitted it.

“The proposed regulation removes this confusion,” said Tighe. “Employers should note that if additional compensation is paid, the employer needs to include that extra compensation in the determination of the regular rate for each week. The regular rate is then used to calculate overtime.”

Changes going into effect in January

A new year always brings new regulations — for some employers more than others, depending on where you operate.

Here’s a look at three changes that will have ramifications for businesses that restaurant operators should prepare for, starting Jan. 1: