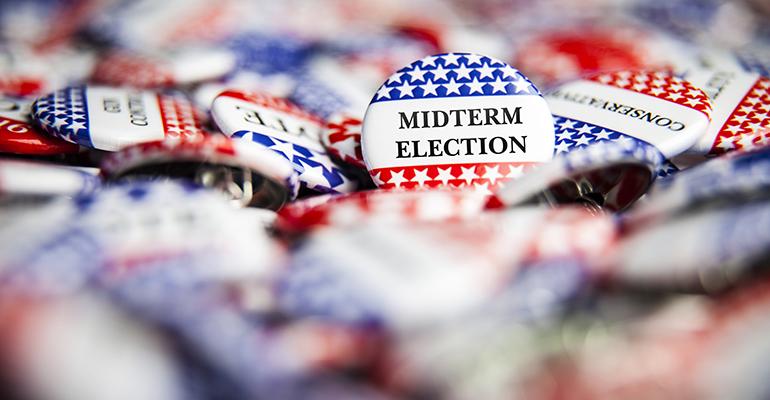 What restaurants can expect after the midterm elections

Experts and the industry weigh-in on paid sick leave, minimum wage and more

The much-anticipated midterm elections are behind us. Both sides seem certain they were victorious, but what does it all mean for restaurants?

“We are excited to work with the new Congress on workforce development, immigration, healthcare, and on a transportation infrastructure package to move the restaurant industry forward,” said Steve Danon, senior vice president, National Restaurant Association in an emailed statement.

Labor and leave were top of mind for many industry representatives.

“With a base that largely supports organized labor, House Democrats will want to forge ahead with so-called ‘pro-worker’ legislation, such as the Workplace Democracy Act or other bills that also codify expanded joint employer standards, promote a $15 per hour minimum wage, address non-solicitation clauses, or mandate card check,” said Robert Cresanti, the president and CEO of the International Franchise Association in his online analysis on the association's website.

“While these issues will certainly be a focus in policy committees and in the media, I expect that the pro-business moderate Democrats will want to work with us to soften any policies that make it to the House floor for a vote, particularly since they will need to mindful of their pro-business bona fides as they seek re-election next cycle.”

Joe Kefauver, a managing partner at Align Public Strategies, a firm that works with many restaurant brands, agrees that for now, a national $15 minimum wage is unlikely. What should be on any operators’ radar, he said, is paid leave. Various leave bills have been passing in cities and states, and many large brands, like Starbucks, have taken the reins and made leave benefits part of their policy to attract and keep workers as the labor market tightens.

Congressman Bobby Scott of Virginia, who is anticipated to be the Chair of the House Education and Labor Committee, will likely push forward on paid leave initiatives, said Kefauver.

“Bottom line is you’re going to have a much more robust conversation around it,” said Kefauver. “If you’re a Republican senate you have your business already doing it. It’s going to be hard to fight back [on paid leave].”

Minimum wage, though, continues to creep up on the state and local level. For example, Arkansas and Missouri easily passed wage increases of $11 and $12 an hour to take place in 2021 and 2023 respectively. Oakland, Calif, increased minimum wage for hotel employees to $15 an hour.

Attorneys general races are also something operators should be aware of, said Kefauver. Democrat attorneys general beat out Republicans in many big cities. On their agenda, Kefauver predicts, are many issues impacting the industry — sexual harassment, pay and gender equity, wage theft and no-poaching agreements.