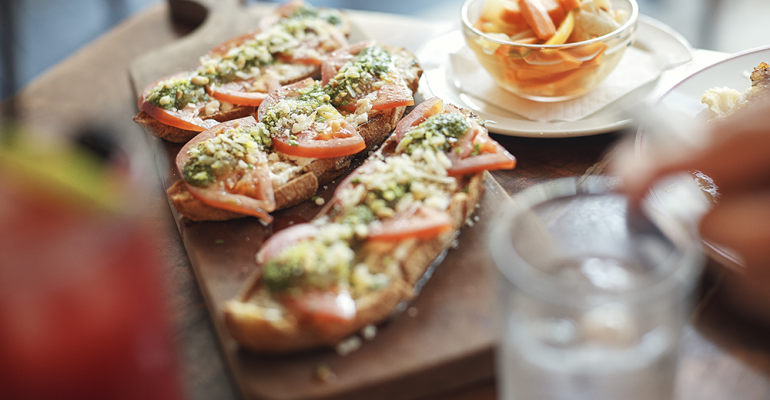 This Washington, D.C. restaurant was booked on OpenTable more than any other in 2019

It’s reportedly the sixth time the flagship unit has earned the most reservations. What makes it so popular?

The Washington, D.C. restaurant Founding Farmers was the most-booked restaurant in 2019, based on a year-end report unveiled Monday by reservation player OpenTable.

And it’s not the first time the 260-seat Pennsylvania Avenue restaurant, which opened in 2008, has won that designation. Founding Farmers has won top bookings five times previously, between 2013 and 2017, according to various media sources, though OpenTable officials did not confirm that history when asked. A spokesperson said they did not disclose top bookings in 2018.

Now with five Founding Farmers locations in the Washington area and Pennsylvania, the concept was designed to connect diners more directly with the farmers who produce their food. 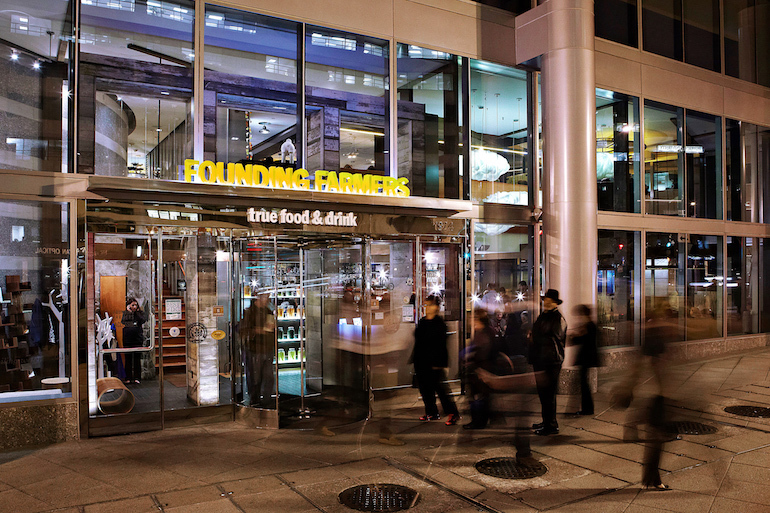 The 9,000-square-foot restaurant is open for breakfast, lunch and dinner every day of the year.

Founding Farmers is co-owned by North Dakota Farmers Union, or NDFU, a grassroots collaborative of some 47,000 farmers. The group partnered with veteran restaurateurs Mike Vucurevich and Dan Simons, who serve as co-owners of parent Farmers Restaurant Group, which now operates five Founding Farmers locations as well as a seafood concept called Farmers Fishers Bakers, a bakery café and a distillery — all supplied in part by the network of farmers within the collective, though the restaurants also tap more local farmers and producers in the Mid-Atlantic region, said Simons.

The 9,000-square-foot restaurant is open for breakfast, lunch and dinner every day of the year. And it’s busy during shoulder times, as well as typical dining rush hours, said Simons.

“I attribute that to the culture and heart and soul of the team,” he said. “We have always put our mission over profit. Our mission is advocating on behalf of farmers, but also caring for our staff and understanding that the planet and employees are stakeholders in our business.”

And, of course, “the food is yummy,” he said. “We cook from scratch and we’re super mindful of what goes into our food.”

The blended average check is about $30, so it’s a good value, he added.

The Founding Farmers empire is growing. The group’s concept Farmers & Distillers in Washington, D.C., includes a distillery producing various types of alcohol under the Founding Spirits brand, including a top-selling vodka made with North Dakota wheat, Simons said.

Initially, the plan was to produce spirits for the group’s restaurants, but the distillery now supplies craft bars throughout the D.C. area and recently became the official distillery for the Capital One Arena, for example.

More restaurants are coming in 2021, but Simons said he could not yet say where.

OpenTable’s booking analysis was based on data from January through the end of September. Officials declined to say whether the bookings included cancellations or no shows.

San Francisco-based OpenTable offers reservations at more than 54,000 restaurants around the world in more than 20 countries, and the company said it has reached the milestone of seating 10 billion diners since the service was launched in 2008. In 2019 through the end of September, bookings across OpenTable’s network reached 283 million globally.