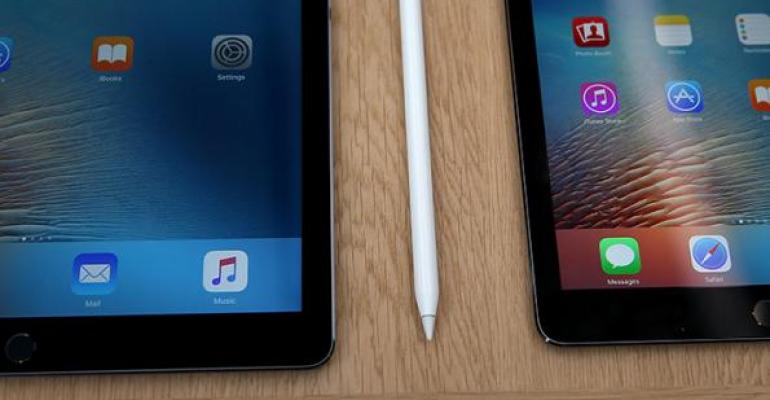 <p>A tablet-based restaurant POS can improve metrics in a variety of ways.</p>
Operations

Operators are all too aware that technology continues to change both the way they do business and the way customers prefer to do business with them. But take heart if your current POS system falls into the “legacy” category and you’re searching for an affordable alternative. The results of a new survey show that chain restaurants that have installed tablet-based POS systems find them to be as effective as hoped.

Forrester Consulting conducted this study, titled “Step Up The In-Person Experience,” on behalf of Revel Systems. Early in 2016 The firm surveyed 50 “decision makers” (some execs, mostly directors and managers) at restaurant chains having at least 25 U.S. locations. It found that the relatively lower price point of tablet-based POS systems was an initial incentive. A strong majority of current or planned users said their decision was in part due to the lower capital cost involved in comparison with traditional POS systems. But the potential benefits were almost as important as the price. Most respondents said they were attracted by “an enhanced ability to collect and apply new insights on products, operations, and customers that drive efficiencies and revenue.”

This sounds good on paper. But how do these systems perform over time once they’ve been deployed?  Forrester asked survey participants this question: “To what extent has tablet-based technology impacted the following at your restaurants?” Respondents said they had experienced a major or moderate performance impact in the following categories.

• Improved synergy between the front and back of the house—30 percent major impact, 54 percent moderate.

Put another way, Forrester found that roughly four out of five restaurant chains that had installed tablet-based POS systems had improved their employee, customer and operational metrics much as they had hoped. Not a unanimous verdict, but a ringing endorsement nevertheless.

Want a different perspective on the latest POS system options, this one from from a tech company that’s not in the POS business? Check out in-restaurant music platform provider Rockbot’s white paper "Future-proofing Your Restaurant."

Here’s part of what the company has to say about current POS choices.

“New POS systems can radically streamline operations. With platforms that offer app support, many payment, front, and back of house functions can be wholly integrated. Often hosted on cloud-based data storage, these systems can enable in- house infrastructure to be minimized.

“The clunky POS systems of just five years ago are now full-service enterprise platforms. Clover, Toast, Lavu and Swipely all offer one-stop solutions for everything from payment processing to payroll, table management to labor management, inventory to analytics. All use cloud-based management systems so you have secure access to real-time payment, employee analytics data 24/7 from anywhere—including your own mobile phone.”

POS systems require a major investment of time and money whenever restaurants switch them out. Be sure to investigate a variety of the available choices before making such a move.