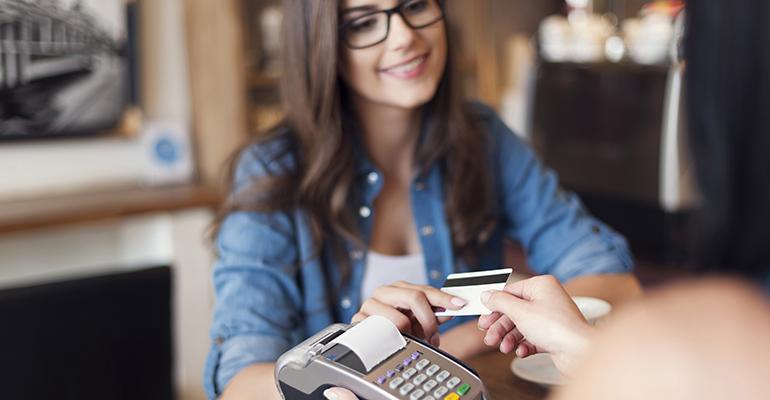 <p>A no-tip policy makes sense for some locations, especially where customers are not price-sensitive.</p>
Operations

Sure, a no-tipping policy could solve a restaurant’s pay equity problems. But that’s not the only impact it would have on employees, customers and the bottom line. If you’re contemplating such a move, a new study from tipping expert Michael Lynn can help you decide if no-tip is really the smart way to go.

The 26-page study, “The Business Case for (and Against) Restaurant Tipping,”  isn’t Lynn’s first look at the topic. The Cornell professor has published more than 50 academic papers on service gratuities during his career. Here’s where Lynn’s data-rich report comes down on five key questions.

1. Are servers overpaid by traditional tipping practices? A business-first analysis finds the answer to be, mostly, yes, even though few servers would likely agree with this conclusion.

“Assuming that equally competent servers could be recruited at wage levels that attract non-tipped restaurant workers and that tipped servers do earn more than these other workers, then servers are arguably overpaid,” Lynn says. “Replacing tipping with service charges or higher menu prices would allow restaurateurs to reduce the total payment to servers and to redirect the recovered overpayments to back-of-house wages or other purposes.”

The upshot: if you want your restaurant to address wage inequality between the front and the back of the house, no-tip is for you.

2. Will operators be able attract and retain good workers if tipping is discontinued?  Another probable “yes.”

“The available evidence suggests that the pay premiums provided by tipping and its pay-for-performance nature do help attract and retain more desirable workers, but those effects are weak and do not justify the pay premiums that tipping gives servers,” the report concludes.

The upshot: you’ll get plenty of good candidates for server jobs no matter your pay scheme, as long as you stay away from the tip pool plus subminimum wage model.

3. Does the ability to tip raise or lower customer’s satisfaction with their dining experience? Lynn found plenty of data in previously published studies that address all or part of this question. His conclusion: “I believe that tipping has a net positive effect in most settings.”

So it’s all good? Not quite. Automatic service charges, with and without additional tipping permitted, posted negative favorability scores.

“The evidence suggests that abandoning tipping will increase costs for, and decrease demand from, a substantial subset of restaurant customers. Unfortunately, it is impossible to accurately quantify this effect ahead of time. In addition, abandoning tipping will increase the perceived expensiveness of restaurants even among generous tippers who will see no real increase in their total costs. That effect will be stronger if tipping is replaced with higher service-inclusive menu prices than if it is replaced with automatic service charges.”

The net effect: Despite all the happy talk that customers will embrace a chance to help restaurants pay all employees fairly, expect some repercussions.

5. Are the net costs of doing business higher or lower with tipping than with no tipping?  Lynn finds plenty of effects on both sides of the ledger, but draws no clear-cut conclusion. But he still came up with a big-picture takeaway from his research.

“Overall, I come away from the data believing that biggest reason for restaurateurs to replace tipping is that it takes revenue away from them in the form of lower prices and gives it to servers in the form of tip income that is excessively high compared to other restaurant employees. The biggest reason for restaurateurs to keep tipping, on the other hand, is that it allows them to reduce menu prices, which increases demand.”

Lynn does see a scenario where no-tip makes sense.

“The more that a restaurant’s servers are overpaid relative to the back of house and the wealthier and less price-sensitive a restaurant’s customers are, the more the owner of that restaurant should consider abandoning tipping,” he writes. “By this reasoning, many upscale, expensive restaurants (especially those in states with no or small tip credits) probably should replace tipping with one of its alternatives, because they tend to have a high pay discrepancy between front and back of house, have few small tippers who would face a real price increase, and have price-insensitive customers.”

A final piece of advice for restaurants that want to eliminate tipping: if you make the move, go all the way. Don’t allow employees to accept tips and don’t give customers the option of leaving one.

“I have only anecdotal evidence to support this concern, but caution restaurateurs who replace tipping with service charges or higher service-inclusive menu prices that they need to kill tipping and not simply abandon it at their establishments,” Lynn cautions. Otherwise, you’ll lose business long-term.