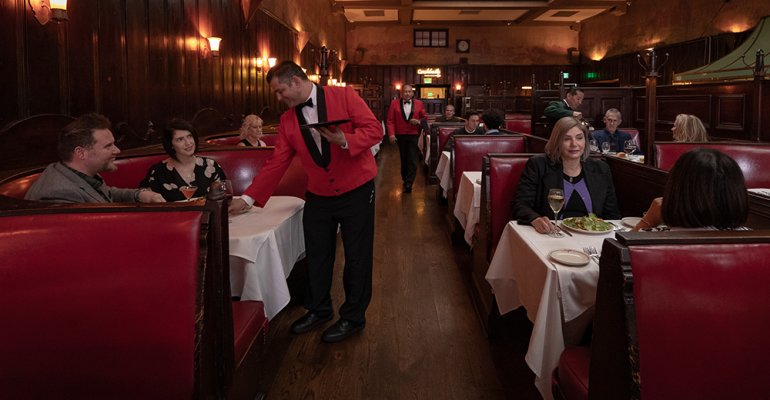 Tina Whatcott-Echeverria
Musso & Frank Grill and its red leather booths have been a fixture in Los Angeles for a century.
Operations

A 100th birthday in Hollywood is a walk through history

As Restaurant Hospitality celebrates its 100th anniversary, we are putting the spotlight on restaurant centenarians in an ongoing series. These are concepts with staying power.

It is fitting that the restaurant Musso & Frank Grill “co-stars” in the upcoming movie “Once Upon a Time in Hollywood.” If the iconic red leather booths could talk in this restaurant, which celebrates its 100th anniversary in Los Angeles this year, they would tell the story of this city’s film industry, from Charlie Chaplin to Quentin Tarantino, and also its literary history, from Kurt Vonnegut to Raymond Chandler.

It is a story fueled by velvety martinis — served with an extra “sidecar” kept crisply cold over crushed ice — and one filled with authentic ghosts, where “regulars are treated like celebrities and celebrities are treated like regulars.” Today, guests come not only for the steaks and cocktails, but to sit at Marilyn Monroe’s favorite table or the bar stool that F. Scott Fitzgerald likely fell off of after a few drinks. Gore Vidal once said walking into Musso & Frank was like “stepping into a warm bath.”

After a century of operation in virtually the same spot, Musso & Frank is having its best year ever, said Mark Echeverria, chief operating officer and the fourth generation of one of the families that has operated the restaurant over 10 decades. 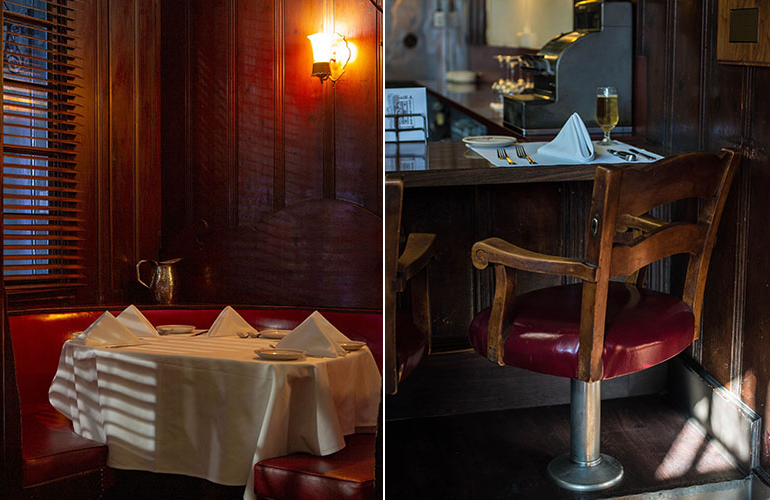 It all began with Frank Toulet, who opened the restaurant in 1919 and, three years later, brought in partner Joseph Musso. In 1922, they brought in French chef Jean Rue — who helmed the kitchen for 53 years, creating a menu that has carried through somewhat to today.

In 1927, Musso and Toulet sold the restaurant to Italian immigrants Joseph Carissimi and John Mosso — the name similarity was a coincidence. Later, the Mosso family bought out the Carissimi family and today the restaurant is owned by Mosso’s three granddaughters: Cathy and John Echeverria (whose son is Mark Echeverria); Anne and Steve Jones; and Kristen and Richard Kohlmeyer.

In 1934, Musso & Frank literally moved next door, from 6669 Hollywood Blvd. to 6667, and it has been there ever since. The landmark has appeared in countless films and TV shows, from “Swingers” to the recent Netflix show “The Kominsky Method.”

Echeverria credits the family’s core principles of humility, honesty, integrity and respect for those who work there, which has established a culture at the restaurant that remains unchanged.

Many of the servers have worked there for 30 or 40 years. Earlier this year, for example, bartender Ruben Rueda died at age 67. He had worked at Musso & Frank for 52 years and the town mourned. (On the restaurant website, Rueda is quoted saying Keith Richards once gave him a Gibson guitar that was signed “to my fatso amigo.”)

Mark Echeverria said the restaurant has been embraced by the community. “We do really very little tourist business, it’s mostly local Angelinos, Hollywood regulars,” he said. “And our customers are the most loyal and devoted.” 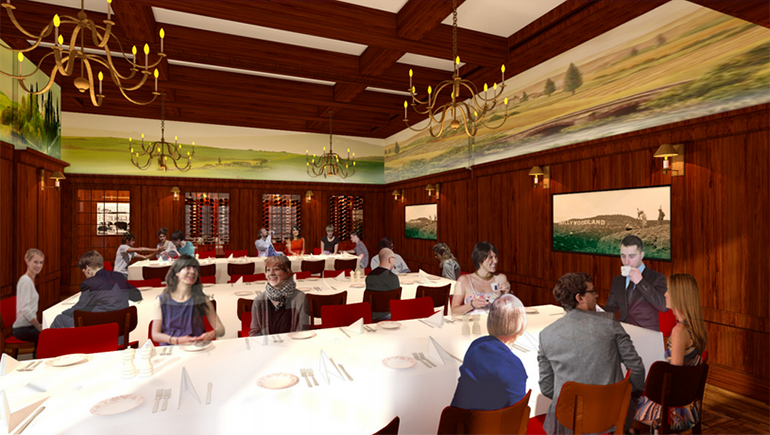 A rendering of one of the new private dining areas to come later this year. (Credit: Musso & Frank)

The current chef, for example, is J.P. Amateau, who grew up coming to Musso & Frank with his film executive father, Rod Amateau. Joining the restaurant in 2010, J.P. Amateau is only the restaurant’s third chef — after Rue came Michel Bourger.

“J.P. has added dishes but you’d never know it because they are dishes you’d expect and think were on the menu forever. It’s not uncommon to hear super regulars say they’ve been getting the veal schnitzel here for decades, when it was only added to the menu three years ago,” said Echeverria.

And though the wood paneling and wallpaper have remained the same, there are modern touches. The restaurant has a contemporary point-of-sale system and reservations are made through OpenTable, for example. But they don’t deliver and Echeverria doubts they ever will.

“Change is a four-letter word at Musso,” he said. “We don’t really change anything. We’ve built our success on going back in history.”

That doesn’t mean Musso & Frank is stuck in time. Three years ago, they replaced the old carpeting and linoleum of the main dining rooms with wood, which was weathered to an appropriate-looking age. 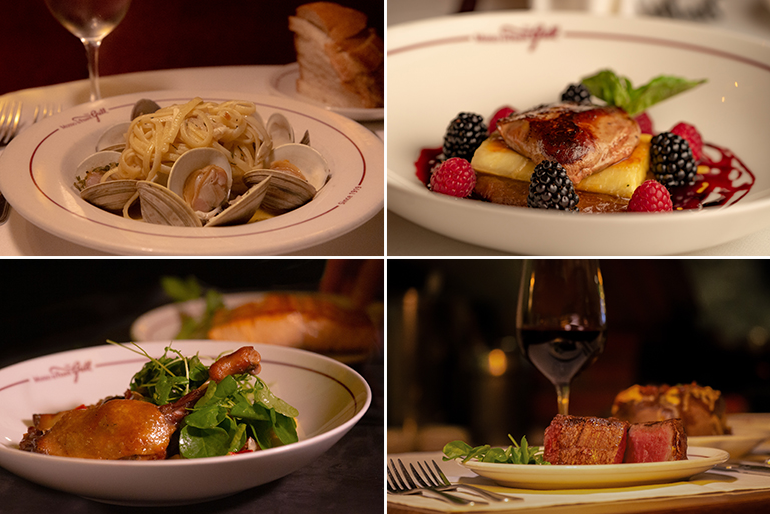 This year, the restaurant will add new private dining space for the first time, which will allow it to host Hollywood events without closing down to the public.

The dining rooms, which seat about 200, will not be impacted, but in September the restaurant will add about 1,800 square feet that will allow for events and intimate large-party dinners, from eight to 10 to about 100. The family owns the building, which Echeverria said has held up remarkably over the years, despite several earthquakes.

A book about the restaurant’s history is scheduled to debut this year. And Echeverria said the restaurant is preparing for the next 100.

When asked what has given Musso & Frank its staying power, Echeverria said it is really simple: His grandmother used to say, “If you’re on a good road, don’t make a left turn.”