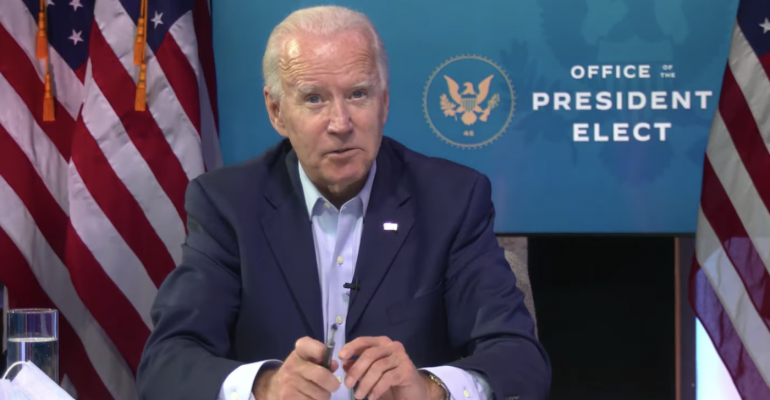 Dan Jacobs, owner of DanDan in Milwaukee, Wis., says operators ‘worse off right now’ than in March, when COVID pandemic was declared

President-Elect Joe Biden on Wednesday voiced support for federal guarantees, rather than loans, to help restaurants survive the COVID-19 pandemic.

Biden, in a virtual roundtable on the economic impact of the coronavirus pandemic, told restaurateurs: “We’ve got to provide you the ability to open, and to open safely. … It should not be a loan; it should be a guarantee.”

The hour-long panel was streamed on YouTube and included restaurant owner Dan Jacobs, who with his business partner, Dan Van Rite, owns and operates JVR Hospitality Group in Milwaukee, Wis.

“We are worse off right now than we were in March,” Jacobs said. “At least in March, there was hope and there was a feeling that we were in all this together. Now we look toward to the long winter that’s here — or knocking on the door — with a feeling of true desperation.” 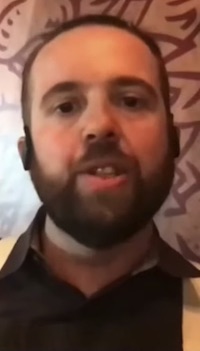 Jacobs, left, told Biden that he has had close to JVR’s Batches Bakery and the fine-dining Fauntleroy, which had a 91% revenue loss because of the pandemic. The virus also impacted a DanDan kiosk at Milwaukee’s Fiserv Forum because of sports cutbacks.

Jacobs said that on March 1, before the pandemic was declared, JVR had 90 employees with 80% of those full-time. Now, the staff has been reduced to 26 employees with only 12 full time.

Like many of the nation’s estimated 500,000 independent restaurateurs, Jacobs said his existing operations have seen dramatic revenue losses. Since June 1, he said, JVR’s DanDan and EsterEv have experienced $700,000 in lost revenue. In November alone, he added, his company lost $23,000.

“Just not safe to be indoors with people who are not in your bubble,” he said.

Biden said restaurants need some form of guarantee to cope with the COVID challenges.

“You should be in a position where you can have all that ventilation changed, all the dividers put up, all the social distancing that you need, and make sure that your staff is safe as well, both indoors and out,” Biden said during the roundtable. “But it costs a lot of money to do that.”

Federal assistance has been debated since the $2.2 trillion Coronavirus Aid, Relief and Economic Security (CARES) Act was approved and signed in March, but further stimulus has not passed the U.S. Senate. A bipartisan group of U.S. senators proposed a $908 billion bill, or The COVID Emergency Relief Framework, earlier this week.

“For restaurants specifically, the PPP program falls far short,” Jacobs said. “Only 8% of the businesses that received PPP loans were restaurants, however our industry was the hardest hit, mainly because restaurants’ first or second largest expenses are food and beverages costs, and these are not eligible as grant expenses.”

Biden warned the four panelists Wednesday that it's "going to be hard as hell the next 50, 70 days."

The president-elect, who is to take the oath of office on Jan. 20, added: "Small business is the economic engine of the country. And restaurants are a major part of that small business."