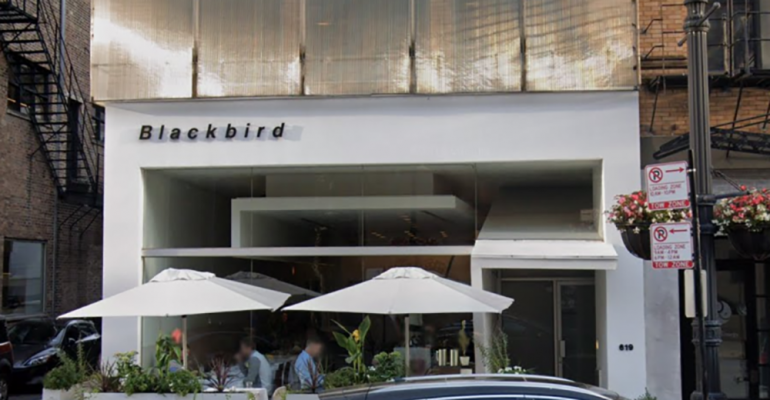 Start Slideshow ›
A Roy Choi restaurant moves to a food truck in Los Angeles, a Santa Monica institution auctions off its inventory and more restaurants we’re mourning this month

In Chicago, the Michelin-starred Blackbird announced its closure after 22 years. The restaurant was part of the multiconcept One Off Hospitality Group, co-founded by Kahan, which also includes Publican, Avec, Pacific Standard Time, Big Star and Café Cancale, among others.

Aureole, the high-end restaurant that launched Palmer onto the national restaurant scene 30 years ago, has closed and will become a location of Charlie Palmer Steak NY. There are five of Palmer’s steakhouses across the country.

This is a move that Palmer hopes will make it more “accessible” for the public, he told the Commercial Observer.

Aureole once held a Michelin star.

Additionally, Portland’s Thai street-food chain, Pok Pok, announced the closure of several units throughout Portland due to reopening restrictions. Chef/owner Andy Ricker said that, from the beginning of the pandemic, his priority was his worker’s safety — something he emphasized after his friend, Chef Floyd Cardoz, died of COVID-19.

“Pok Pok is a restaurant, not a hospital, not a fire station, not a police station, not a vital food delivery service … I simply cannot bear the thought of one of our team becoming ill for the sake of preparing some chicken wings,” he said in March on Instagram.

See what other well-known restaurants have closed in the past month.