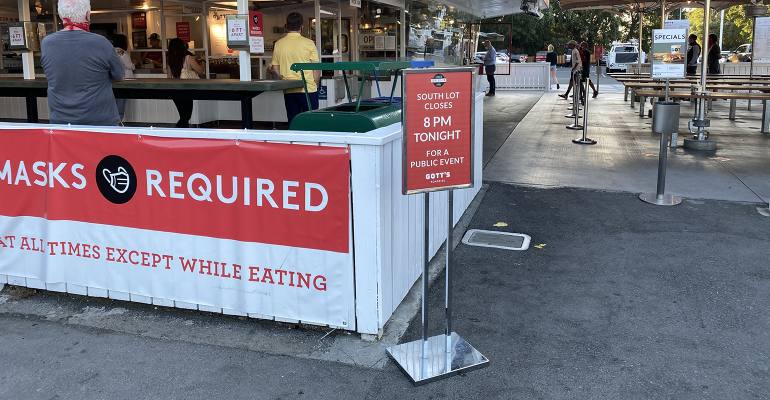 Felicia Chan
The safety signage is hard to miss at Gott’s family-friendly outdoor venues in the Bay Area.
Operations

Outdoor dining and meal deals draw out families during pandemic

'People are going nuts and need to get out of the house,' restaurateurs say

With the pandemic showing little sign of letting up, consumers — perhaps, families most especially — are seriously missing being able to partake in the simple pleasure of having someone else cook, serve and clean up dinner.

Now that many states have reopened, restaurant operators hoping to tap into that pent-up demand are hustling to make dining out more attractive to families with children, despite continued concerns about spending and coronavirus transmission.

“People are going nuts and need to get out of the house,” said Clay Walker, president of the San Francisco Bay Area-based Gott’s Roadside.

To give families a place to go, Gott’s has extended what its customers already liked about the wine country brand: mainly, its family-friendly outdoor dining with an upscale picnic atmosphere. 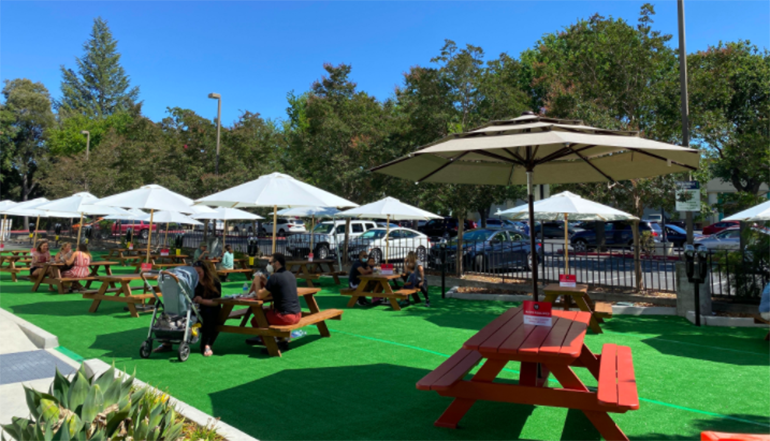 “As opposed to reinventing our concept, we’ve been able to highlight certain pre-existing aspects that people already know and trust,” said Walker. “It’s had an incredible impact on our business.”

Additionally, in June Gott’s launched drive-in movies in the parking lot of its St. Helena, Calif., location in partnership with Cameo Cinemas. Now, for $30 per car families can watch a movie and order dinner via Gott’s in-car delivery.

With the economy still a big concern, some operators are having success attracting families with budget-friendly menus.

Playing off of the idea of the monetary stimulus many Americans have received from the federal government, Hudson Grille, a sports bar with locations in and around Atlanta, launched its own “stimulus” promotion for the month of August to bring families back in to dine. The promotion offers each guest with a VIP loyalty card an additional $10 for each eligible $25 purchase.

“We’re working to drive more families into the restaurant, and we felt the best way to do that is through a monetary incentive,” said Russ Adams, director of operations for Metrotainment Cafes, parent company to Hudson Grille.

The first weekend of the promotion the restaurant saw a 22% lift on guest visits/spends from the previous month based on redemptions. 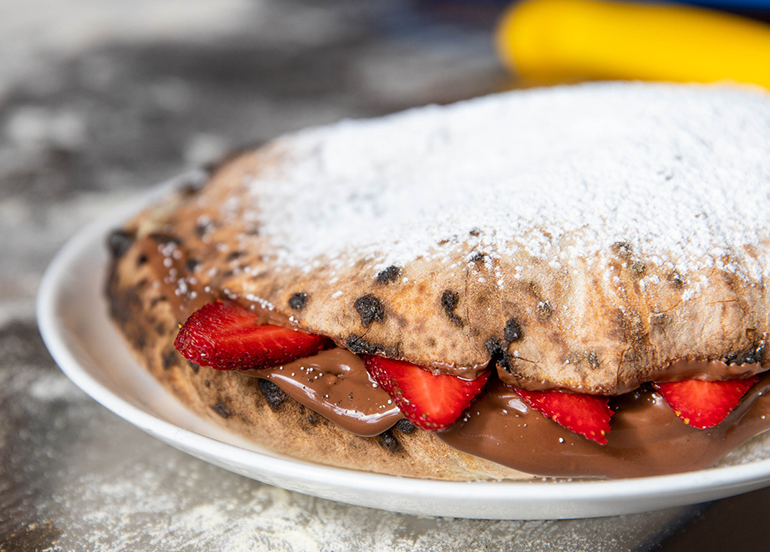 Nutella Wood Fired Bread is among the items customers can preorder from a popular three-course prix fixe menu in Atlanta at Bocado.

Atlanta-based Bocado, an American eatery known for its burgers and craft cocktails, is offering a three-course prix fixe menu that families can order in advance of coming to the restaurant.

“We wanted diners to feel safe and comfortable, and with the three-course dinner option, our servers can bring out previously selected dishes to guests without the need to order in-person,” said Brian Lewis, owner of Bocado.

So far, about 15% of the restaurant’s sales are coming from the $38 per person promotion. Lewis said he plans to offer the promotion until COVID-19 is a thing of the past and restaurant dine-in is back to full capacity. 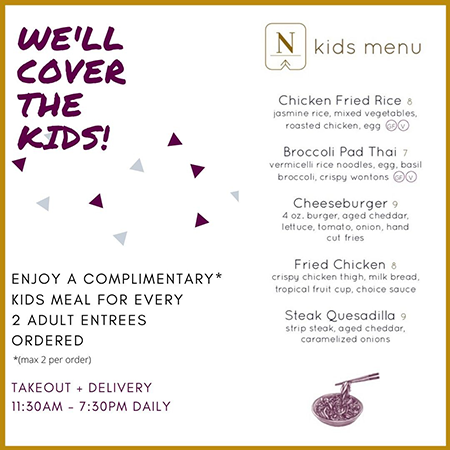 Shortly after the lockdown in Pennsylvania, White Orchids Thai Cuisine and Notch Modern Kitchen, both in Allentown, launched its “Care 4 Kids” deal, which features a complimentary kids meal for every two adult entrees ordered for carryout.

“A lot of our customers are families and this promo was created for the stay-at-home families during the lockdown,” said White Orchids and Notch owner Jeff Virojanapa. “I understand the challenges of staying home and the stress of cooking. It's also a treat for the kids.”

From the end of March through June 2, the kids promotions accounted for 69% of takeout sales at Notch and 44% at White Orchids.

Meal deals and entertaining innovations are appealing to cost-conscious families, but research shows that consumers are still very concerned about getting sick while dining out. Operators who create a safe environment and sense of trust are therefore more likely to see the return of families with kids.

“Families don’t want to go where there is risky behavior,” said Walker of Gott’s. “Being a leader in terms of mandating conservative policies, I believe, has made people trust us more and feel safer.”

In addition to socially distant picnic tables, Gott’s has been very deliberate about safety signage and requiring — and enforcing — all staff and customers over the age 2 to wear masks, unless eating. 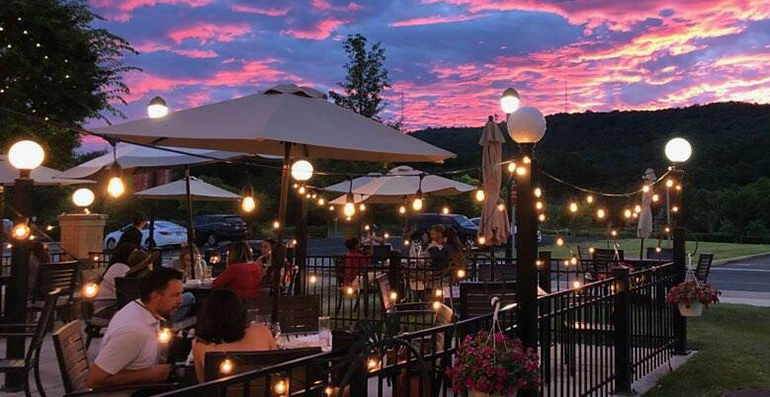 For dine-in, Bocado, White Orchids Thai Cuisine and Notch Modern Kitchen have all implemented visible safety measures that follow the Center for Disease Control and Prevention guidelines; the latter has also added QR codes to every table to enable customers to view menus without contact.

“The health and safety of our guests and staff is our top priority,” said Bocado’s Lewis. “We have communicated these efforts through our social media accounts and our weekly customer newsletter.”

“The big attractants,” said Metrotainment Cafes’ Adams, “are the safety precautions and the comfortable, socially distanced booths, as well as patio dining at all of our stores.