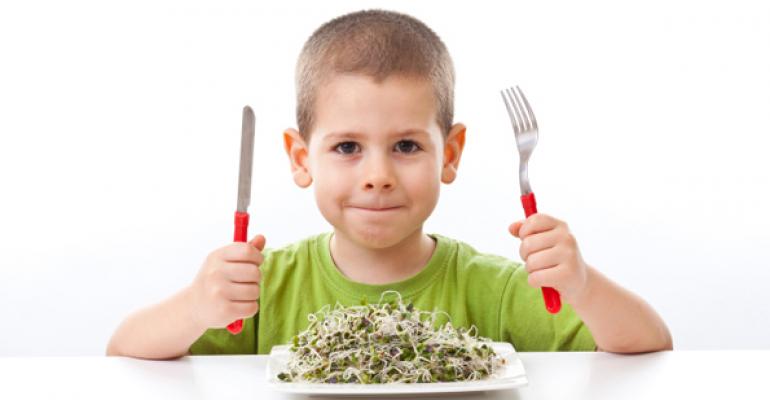 No-kid policies may be shortsighted

Restaurants that ban kids make headlines, but most operators would forego a huge chunk of business if they were to stop being family-friendly. &bull; See more Operations articles

Think twice before you join that small-but-growing list of restaurants that no longer cater to kids. A new survey from deal site Restaurant.com finds that nearly six out of ten parents dine out with their children once a week or more. Few restaurants can afford to ignore a market segment this big, which is why it’s worth paying attention to parental preferences uncovered by this study.

Publicly declaring you don’t want to serve families with kids seems to be a growing trend for operators, perhaps because of the publicity, pro and con, that follows the announcement. The latest restaurant to adopt a no-kids policy is Houston’s La Fisheria. It explains the stance this way on its Facebook page: “We are a family friendly restaurant, and we also respect all of our customers so we introduce this new policy to the restaurant. After 7:00 pm, people over eight years old only. Thanks for your understanding.”

Other restaurants that have recently announced similar policies include McDain’s in Monroeville, PA (no kids under six) and The Sushi Bar in Alexandria, VA (no one under 18). Like La Fisheria, they make the national news when they do. Toronto breakfast restaurant Flips made the Huffington Post when it enforced a policy that says “yes” to kids, but “no” to strollers inside its dining area.

We get where these restaurants are coming from. But having a no-kids policy comes with a risk: alienating a key customer demographic. The Restaurant.com survey of 988 adults found that 59 percent of parents take their kids out to eat once or more each week, saying they do so for the following reasons:

• Everyone can order what they want, 65 percent;

Parents also see a visit to a restaurant as providing more than a meal. They cite three education benefits that can accrue to their kids from dining out:

• 66 percent think dining out is a good opportunity for kids to try new foods;

• 57 percent say it’s a good time to work on their kids’ table manners; and

• 54 percent use the occasion to educate their children on different cuisines.

More than half of the parents surveyed did admit that unruly children could have a negative impact on a restaurant dining experience. Fifty-two percent report being annoyed by the behavior of other children in a restaurant. As for their own, 67 percent said they feel comfortable when they take their children to upscale restaurants.

If you want to appeal to more families, focus on affordability, a key factor in decision-making. Ninety-six percent of survey respondents said they have used a coupon or deal when dining out with their children, and 37 percent reported that they do so more frequently than not. If you want to increase the number of families that dine at your restaurant, coupons or deals look like the way to go.