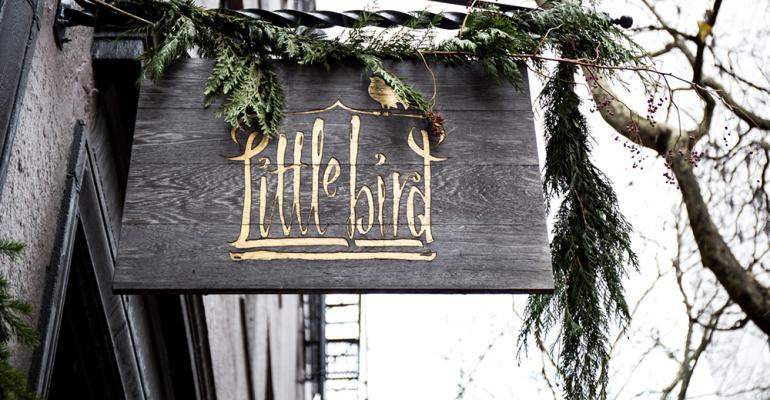 One of the pioneers of the no-tipping model has decided to go back to tipping.

Andrew Fortgang, owner of the restaurants Little Bird Bistro and Le Pigeon in Portland, Ore., has been experimenting with the hospitality-included model for about a year.

He started with Le Pigeon, which moved to a no-tipping model in mid 2016. It went so well, Fortgang decided to eliminate tips at Little Bird also, starting in early 2017.

Under the gratuity-free model, both restaurants had raised menu prices by about 18 percent to 20 percent and the tip line was eliminated from guest checks.

With the move, the restaurants raised pay levels for kitchen workers by about $1.50 to $2.50 per hour. Servers also received a higher hourly wage and shared in revenues based on sales, offering them a more consistent pay rate, rather than relying on tips.

But, in the end, the increase in menu prices was too much for some diners, said Fortgang.

“It became clear that, at Little Bird, we were losing guests and the consensus seemed to be that it was the perception of value, the prices,” he said.

“Ultimately, a $25 duck breast with a 20-percent tip is $30, but the visual of a $30 dish was a different thing for people. We couldn’t maintain the higher wages with doing fewer covers than expected.”

Back-of-the-house staff will not lose their pay increase with the move back to tipping, Fortgang said. Servers, however, will return to minimum wage rates plus tips and will no longer share in revenue.

Menu prices will also be adjusted downward to address the value perception, but not quite as low as they were before, said Fortgang. “That was a year ago,” he said.

Fortgang said he still believes a gratuity-free system is more straightforward and honest.

He feels the experiment debunked the notion that service levels would decline without tips as an incentive. Not only did service levels remain high under the gratuity-free system, the restaurants did not lose any staff as a result of eliminating tips.

“I wish I were independently extremely wealthy and could say we’re going to stick with this no matter what,” he said. “But we can’t pay anyone or take care of anyone unless we have, as they say, those butts in seats.”