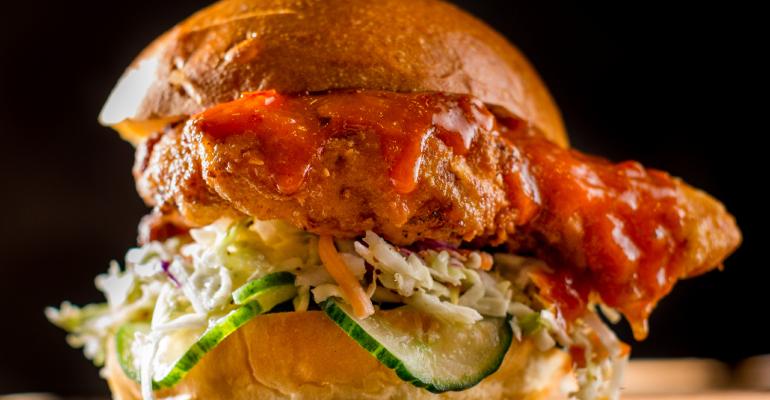 Micha Magid – co-founder of Mighty Quinn’s BBQ, a fast-casual barbecue restaurant chain based in New York City — had to close eight out of 12 of his locations in New York and New Jersey since March.
Operations

Magid said that even with eight out of 12 of their locations closed, they’ve still managed to stay afloat with takeout and delivery solutions

What can a business owner do during a pandemic when nearly half of their units are located inside now-closed malls, sporting events, dining halls and stadiums? Micha Magid – co-founder of Mighty Quinn’s BBQ, a fast-casual barbecue restaurant chain based in New York City — had to close eight out of 12 of his locations in New York and New Jersey since March. But even though only 1/3 of Mighty Quinn’s locations are in operation, Magid said that they have easily pivoted to a takeout and delivery-only model.

“Fortunately for us, barbecue is something that can be enjoyed in the restaurants and outside the restaurants at multiple different venues so we’ve adapted by making a couple of changes,” Magid said, adding that they’ve supplemented their usual menu with family meal kits and refrigerated products like brisket and spareribs in cryovac packaging that can be reheated at home.

Of course, this period has not been without its challenges. For the locations that did close, Mighty Quinn’s had to lay off their entire staff, including staff from the two newest locations inside Madison Square Garden that just opened in late winter.

“Our goal is basically just to figure out the foundational elements of Mighty Quinn’s and run as lean as possible because we want to be able to merge on the other side of this crisis with the capital to be able to move forward,” Magid said.

Continue to hear about Mighty Quinn’s story in our video interview below.