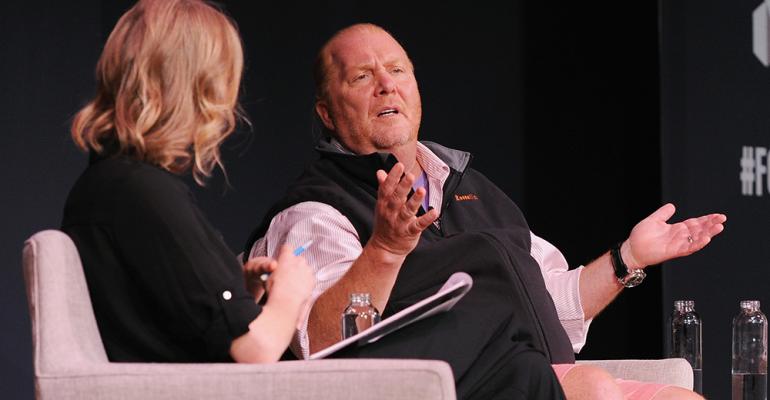 More than a year after allegations of his sexual misconduct made headlines, Mario Batali has been bought out from the B&B Hospitality Group that he ran with Joe Bastianich and other family members over the past two decades.

In an email sent to employees Wednesday at the New York-based hospitality group’s 16 restaurants, Joe Bastianich and his sister Tanya Bastianich Manuali, said they had acquired all of Batali’s interests.

“Thank you for your dedication to your craft and colleagues through a challenging year,” the email said. “The restaurants have been remarkably resilient because of your hard work and your commitment to giving our guests memorable experiences. You are the best in the business, and we feel lucky to work with you.”

It went on to say that Tanya Bastianich, who according to a story in The New York Times has long managed her mother Lidia Bastianich’s restaurants Felidia in New York City and Lidia in Pittsburgh and Kansas City, will work on “day-to-day operations and oversight” at all of the restaurants

“Our mission remains the same: delivering outstanding dining experiences and providing a culture that empowers each and every one of you to grow and develop in your career,” the email continued. “That is our commitment to you and to our guests.”

Batali also confirmed in a statement that he reached an agreement with Joe Bastianich and no longer has any stake “in the restaurants we built together. I wish him the best of luck in the future.”

The buyout has been expected since May of last year, when B&B, as well as Italian food hall and retail emporium Eataly USA, said they would separate from Batali following allegations of sexual harassment and a police investigation in New York of sexual assault.

B&B Hospitality Group, which stands for Batali and Bastianich, will be renamed, according to the New York Times report.

And several of Batali’s restaurants have closed, including La Sirena and locations in Las Vegas.

Several chefs and restaurateurs have been accused of sexual misconduct over the past year, but Batali has been the most high-profile and he is the first one to be completely bought out of his restaurant operations. In the aftermath of the allegations, a cooking-oriented talk show that he hosted on ABC, “The Chew,” was canceled.

Why butler pantries offer a room service solution during and after the coronavirus pandemic
Nov 20, 2020