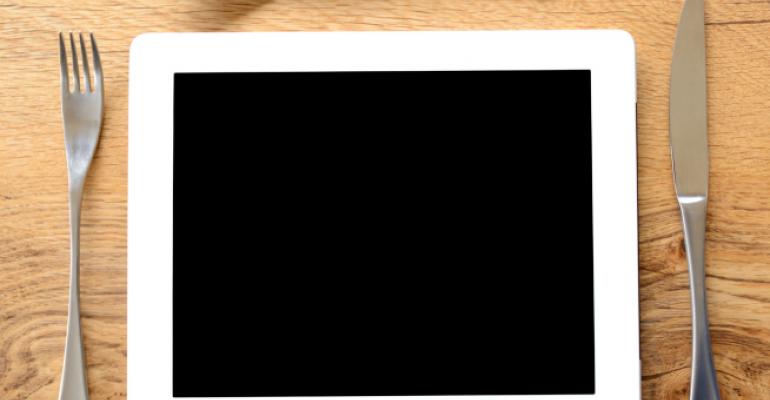 <p>Guess who&#39;s coming to dinner? Your guests have come to expect a certain level of technology.</p>
Operations

Don’t be surprised that a whopping 73 percent of operators say they plan to upgrade one or more aspects of their technology within a year. It’s an investment that can enhance the guest experience while simultaneously help a restaurant become more efficient and profitable. Another motivating factor: customers now assume restaurants have enhanced tech capabilities, and might go elsewhere if they don’t.

The National Restaurant Association put it this way in its 2015 Restaurant Industry Forecast earlier this year: “Technology is becoming an expectation rather than a novelty.” Even so, the operators it surveyed for its study then were cautious about making upgrades.

“Restaurateurs said they’re exploring various technologies but the cost of implementing and using them is a concern,” the NRA said in its report. “Concerns include challenges like integrating new technology with existing infrastructure, service and repair of hardware and staff training.”

Those concerns haven’t gone away. But new research from Toast, a Boston-based provider of all-in-one POS and restaurant management systems, finds that nearly three-quarters of operators plan to go ahead and boost their tech capabilities within the next 12 months anyway. Sixty percent of survey respondents were full-service restaurant operators. The majority—52 percent—were single-unit operators; another 22 percent ran very small (2-5 units) restaurant groups.

These operators will be shopping for technology that does more and is more intuitive than what they currently have. When asked, “What would be your top reason for replacing your existing method or software?” 32 percent of respondents replied “advanced functionality.” Twenty percent cited “ease of use.”

Toast also probed these operators about the features they would look for if they were to do a POS upgrade. The most-desired feature: inventory management.

“Overwhelmingly, the consensus was that restaurants want to be able to engineer their menu based on their food cost percentage, variance, and other factors,” reports Toast. “They want to be able to know whether they're paying too much for an item that isn't very profitable, or whether they should order more hamburgers because they're so popular.”

Other features operators want to add include online ordering, which addresses customer convenience, and PCI compliance, a security issue.

Features designed to make a restaurant run more efficiently and more profitably are important. But the ability to provide additional consumer-facing technology might be the primary reason so many operators plan to make a tech upgrade.

Earlier this year, the NRA reported that “operators are more rapidly adopting various forms of consumer-facing options, narrowing the gap between what diners want and what is offered.” Its research found that 24 percent of all adults said that the availability of technology options is an important factor when choosing a table service restaurant. Even 15 percent of seniors (65+) want more tech on their full-service dining occasions.

NRA senior v.p. of research Hudson Riehle indicates the handwriting is on the wall.

“Our research indicates that consumers, especially younger ones, have come to expect the availability of technology during a typical restaurant experience,” he says. “This means technology is very much a part of and facilitates decisions on where to dine out. So, wherever technology can be integrated, that’s a win-win situation for the consumer and the operator.”

Riehle does offer a word of caution to operators who think an investment in technology will solve all their problems.

“Technology in and of itself isn’t a ticket to success in the industry, but it can be the hook that creates loyalty,” he says.