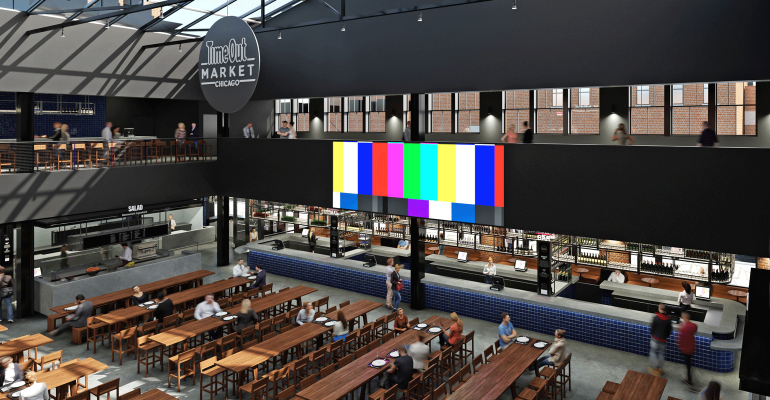 Time Out
Time Out food hall in Chicago
Operations

Chefs behind Entente, Split-Rail, and Urbanbelly to open new concepts

The Time Out Group PLC on Monday revealed the first round of restaurants coming to Time Out Market Chicago, the largest of five food halls the media company is planning to open this year.

The 50,000 square-foot, three-level Chicago market will feature 18 restaurants, three bars and a demo kitchen. Eight eateries, hand-selected by Time Out editors, include new concepts by well-regarded Chicago chefs, such as Brian Fisher of Entente, Bill Kim of Urbanbelly and Thai Dang of HaiSous.

The chefs are bringing elements of their critically acclaimed restaurants to the 600-seat food hall, which is set to open in the second half of the year.

Other Time Out marketplaces scheduled to open this year are in Boston, New York, Miami, and Montreal. 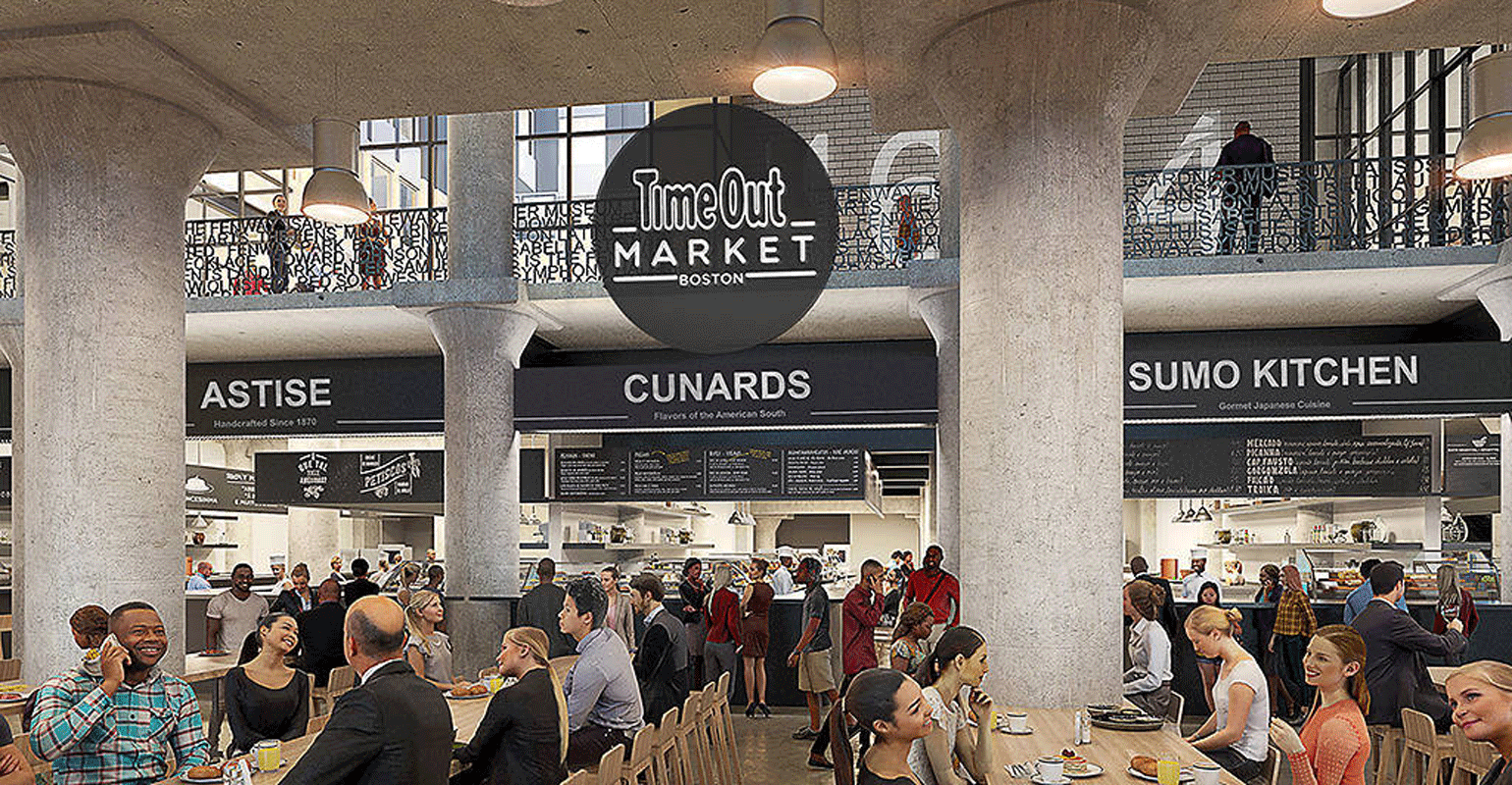 “Time Out Market is unlike anything else — it is the world’s first food and cultural market based wholly on editorial curation,” Time Out Market CEO Didier Souillat said in a statement. “Our local Time Out critics have tested, tasted and reviewed the best of the city and then we have selected and invited the very best to join Time Out Market Chicago. It is all about making fine dining casual, and casual extraordinary — we call it the democratization of fine dining.”

Here’s a rundown of the eight concepts:

Fisher’s yet-to-be-named restaurant “will bring approachable high-end dishes to Time Out Market,” the media-and-entertainment company said.  “Visitors will enjoy Fisher’s unexpected and flavor-bending dishes that are unique to his acclaimed restaurant.” He is a James Beard Award semifinalist and chef at Michelin-starred Entente.

Time Out said Kim, the chef behind Urbanbelly, is bringing his “boldly flavored brand of dumplings, booze and bowls” to the food hall, which is being built in a stand-alone brick building in the city’s Fulton Market District.  Food hall “guests will be treated to his radically delicious and curiously familiar fare through dishes like Edamame Dumplings and Katsu Udon Noodle Soup, Time Out said. The restaurant’s name has not been revealed.

Dang will introduce Time Out Market visitors to the “vibrant flavors found at HaiSous,” his critically acclaimed Vietnamese restaurant, the media company said. The restaurant’s name has not been revealed.

Other unnamed concepts coming to the Chicago food hall include concepts by the owners of The Purple Pig (cheese and charcuterie) and a fried-chicken eatery by Zoe Schor, the chef behind Split-Rail.

Time Out’s North American food markets follow the company’s success with Time Out Lisbon, which opened in 2014 as food halls were taking off in the U.S.  Time Out also plans to open food halls in London and Prague in 2021.

This article has been updated with the correct square footage of Time Out Market Chicago.
TAGS: People
0 comments
Hide comments
Recommended Reading