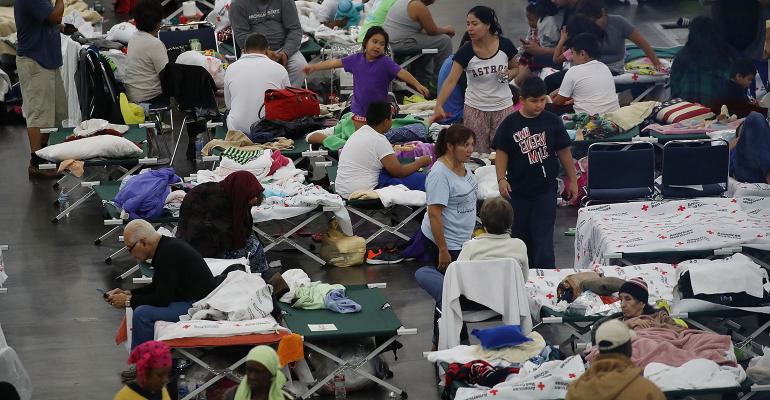 Chef and restaurateur José Andrés is setting up a kitchen in Houston, inviting chefs and cooks from around the country to help out.

Through his World Central Kitchen, a nonprofit founded after the 2010 earthquake in Haiti, Andrés said he is looking for professional chefs and cooks who can “pick up their knife kits and head to Houston immediately to prepare food, serve, clean, to help the many people in need of support through this challenging period.”

World Central Kitchen taps the strength of its Chef Network to find solutions to hunger and poverty, according to the nonprofit’s website.

But it’s not just about food. The organization also focuses on health issues, like food safety and sanitation; education, like building school kitchens; jobs and culinary training; and creating food ventures that can increase income.

The group has done work in Brazil, Cambodia, Cuba, the Dominican Republic, Nicaragua, Zambia and the U.S.

Andrés arrived in Houston on Tuesday and posted photos of his shopping cart at a Target store, where he stocked up on supplies.

Ok! In Houston ready to cook! Thank you @Target your staff rocks! and the great people of @RedCross god bless you! @fema @WCKitchen pic.twitter.com/C5zpLhtkjP

Andrés’ Washington, D.C.-based company ThinkFoodGroup is scheduled to open its first Texas restaurant later this year. A location of the group’s Mediterranean concept Zaytinya is scheduled to open in Frisco at The Star, a mixed-use development that is home to the Dallas Cowboys and includes office buildings, a football stadium and a hotel.