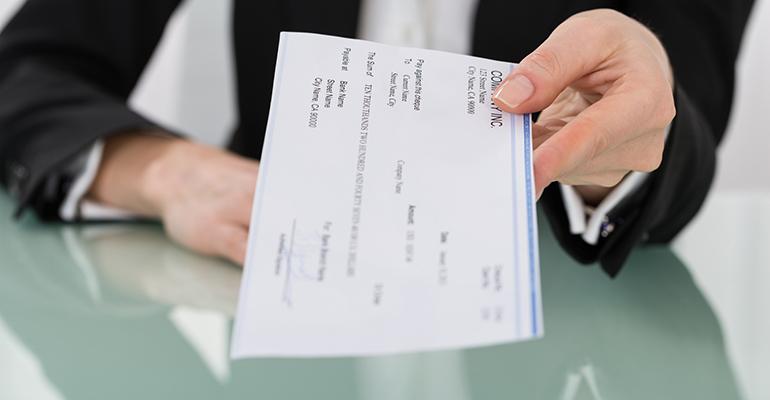 Is it a good idea to pay workers more frequently?

Traditionally, most restaurants operate on a two-week pay period. But a host of new technology companies have cropped up to help employers pay hourly workers’ more frequently, sometimes as quickly as the same day.

While experts see some advantages to more-frequent payments — like providing low-income hourly workers the ability to pay a bill on time or put dinner on the table, or improve employee retention — experts say there are some challenges as well.

“Technology is improving and increasing. You can do things you couldn’t before, but there are a lot of considerations,” said attorney J. Hagood Tighe, an employment law partner at Fisher Phillips LLC.

The idea isn’t exactly spreading like wildfire. Tighe, who spends a large part of his practice working with companies in the restaurant industry, said he hasn’t had any inquiries about more frequent pay from his clients.

Yet there are operators out there who have made the move.

Earlier this year, for example, Pono Burger in Venice, Calif., began using Vancouver, Canada-based Instant Financial to provide its hourly employees a portion of their daily pay the same day they earn it.

To use Instant Financial, employers pay a flat monthly fee of $1 per employee per month; there is no cost to workers. Once signed up, employees receive an Instant pre-paid Visa card to withdraw money at a broad network of ATMs around the country, or link the card directly to a bank account. Whatever money is not accessed within an hour of the end of the shift simply comes to the employees on their regular payday.

Roberto Gomez, a shift leader at the Venice Pono Burger, said prior to offering same day pay either he or the restaurant’s general manager would cash out front-of-house tips each night and then employees would have to wait for a twice monthly pay check to access any additional wages, if there was anything left after taxes and other deductions.

“It’s been really good so far,” said Gomez. “Before we used to have a lot of confusion, short in the register.”

Additionally, Gomez said he likes knowing where his money goes.

“Most of the time I’d have a bunch of money in my wallet I didn’t know how or where I spent it. Instant gives you details of what you spend.”

A year ago, Tampa, Fla.-based Caspers Company, a McDonalds franchisee since 1958 with 53 restaurants, was paying its 3,300 or so employees the way most hospitality businesses do — every two weeks with a paper check, direct deposit, or pay card.

Then, last Fall the company was invited to join a pilot of Instant Financial.

“We liked the idea of getting half the money from the previous day’s pay because our folks are the kind of folks who need it,” said Ed Shaw, executive vice president, human resources and risk for Caspers. “It prevents them from going to a pay-day loan place and getting charged huge interest.”

Shaw almost instantly noticed higher shift fulfillment and overall employee satisfaction. So they decided to end the pilot early and roll out the program at all their McDonald’s across Tampa Bay.

“Anytime you can give people a benefit for minimal cost, you’re an employer of choice,” added Shaw.

It didn’t all go smoothly, though. According to Shaw, Caspers was unable to buy into the same-day pay because McDonald’s corporate has propriety time-keeping software that wouldn’t easily facilitate that. They were, however, able to make employees’ pay available the next day.

Additionally, Shaw said a handful of employees had trouble making some bill payments after spending their pay too soon. To remedy that, Caspers worked with the employees and then used the program options to switch those employees to a weekly, rather than next day, pay push.

Helping hourly employees better manage their pay is what inspired Cincinnati, Ohio-Buffalo Wings and Rings to work with Paycor, its existing payroll company, to move to weekly pay for its 400 employees at its five corporate stores.

“We’d pay biweekly but every night cash out tips,” said Sandy Ritter, Buffalo Wings and Rings’ vice president and chief financial officer. “At the end of a two-week period, some people would get a zero paycheck — not enough to pay taxes.”

With little or no money in their paychecks, the company could not deduct healthcare insurance costs or contributions to the matching 401k plan, so many hourly workers weren’t signed up for those benefits.

“You’re throwing away money,” said Ritter. “We really wanted them to understand this.”

Now Buffalo Wings and Rings’ hourly employees get paid all wages and tips at the end of each week and any deductions are then taken out first.

“It makes them feel more permanent, more part of the team,” said Ritter.

While the switch has had a positive impact on employees, Ritter said it’s actually costing the company more due to increased pay runs.

“We felt the benefit to get health insurance, participate in the 401K was worth it,” said Ritter. “If our employees and servers are happy, they’ll deliver the customer experience we want.”

That said, the chain is trying to mitigate the increased costs by moving toward getting all employees enrolled in direct deposit, which will reduce check-cutting fees.

“Companies are always looking at ways to decease transaction costs,” said Tighe. “Every business today has to consider these things.”

Tighe said employers also need to consider state and local laws, some of which dictate how quickly workers must be paid; overtime; garnishments and deductions; and other back-office issues.

“It’s a convenience perhaps employers want to provide for their employees, but can they do it in an efficient manner,” said Tighe. “I’m not sure every company is ready for daily pay.”