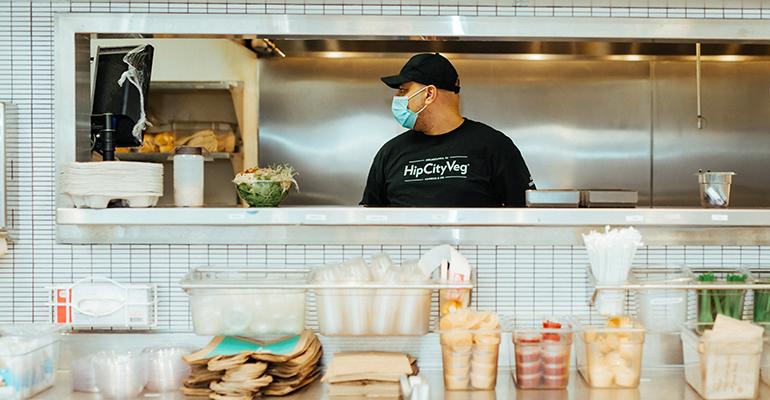 HipCityVeg employees, on average, are receiving a 20% raise when the policy is enacted in July 2021.
Operations

The 9-unit Marquis & Co. is increasing minimum wage company-wide in July to prepare for growth and employee retention

On Thursday, Philadelphia-based Marquis & Co. — parent company to fast-casual chain HipCityVeg and fine-dining restaurants Bar Bombón and Charlie Was a Sinner — announced it would implement a $15 an hour minimum wage across all nine units in July.

“Despite the intense economic hardship that has hit the restaurant industry and our workers over the last year, we believe that now is the time to do this for our families,” said HipCityVeg founder and CEO Nicole Marquis in a statement. “We believe it not only is the right thing to do for our workers that have been through so much over the past year, but that it is also good for business, and it will help with recruiting and retention as our economy rebounds.”

“[$15 an hour minimum wage] gives people who are looking to build a career a chance to start and to grow,” Marquis told Nation’s Restaurant News. “It just feels right to do this for our work family and our company.” 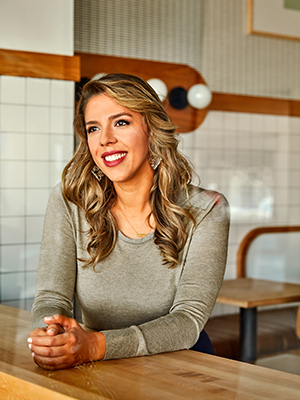 Photo: Nicole Marquis, Founder of HipCityVeg and CEO of Marquis & Co., believes $15 an hour minimum wage will allow employees to feel they are on a career path.

Marquis said the average minimum wage at HipCityVeg’s Philadelphia locations is currently between $11 and $12 an hour. The biggest question is, how is the company paying for the roughly 20% increase in wages?

“Our menu goes through seasonal changes depending on rent or ingredient availability, so customers are used to seeing that,” said Marquis. “The cost will be higher up front but will pay off for our employee happiness in the long-term.”

Marquis told NRN that this move, while a larger cost up front, will ultimately benefit employees and reduce turnover at the brand.

Marquis & Co. provides health insurance to employees and has a large percentage who have been with the company for years, including the manager of the newest Washington D.C. location. He started with HipCityVeg as a line cook at $11 an hour.

“I’m proud to have been able to build my career in a company that recognizes the value of people and believes in professional growth,” said Rodney Sanders, general manager of HipCityVeg’s Dupont Circle store in Washington, D.C. “I started five years ago as a line cook and moved up through the ranks to the highest store level. I meet with the company’s leadership at least three times a week, and we know that we are all in this together.”

The tipped minimum wage at the company’s two fine-dining restaurants, Bar Bombón and Charlie Was a Sinner in Philadelphia, will be guaranteed to equal at least $15 an hour.

Marquis said employees almost always make more than that but “on nights that it’s raining or slow, [the workers] know they’re making $15 an hour.” She says that increase in wages is more for busboys and runners and the staff members who don’t necessarily see the same tips that waiters see on any given night.

Ultimately, the company is hoping for this to be the catalyst for expansion across the country.

“We are going to be offering careers instead of jobs which is key to our growth and our employees’ growth,” said Marquis.

There are currently several units in development for HipCityVeg set to open in 2021.