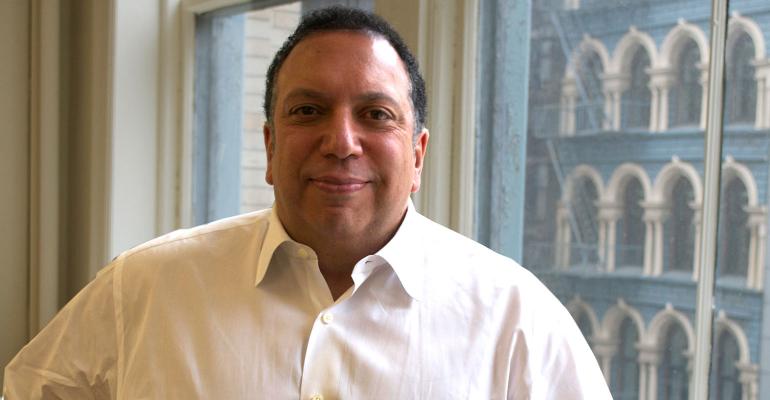 How to grow with a delivery-only restaurant concept

For its next growth push, Altamarea Group is dumping the dining room in favor of Pasta On Demand, a delivery-only concept.

The award-winning, multi-concept operator based in New York City is led by CEO and co-owner Ahmass Fakahany and chef and co-owner Michael White.

“We were already doing delivery with a lot of portals from our restaurants,” Fakahany says. “It’s a game where you have some brick and mortar, some virtual.”

Pasta On Demand is the latest addition to the group’s 15 brick-and-mortar restaurants, which range from a pizzeria to an upscale Italian concept. The delivery-only restaurant is an exclusive UberEATS and Altamarea Group project, initially running out of the kitchen of Ristorante Morini in New York City.

The new concept’s brief menu of six pastas, three salads and two desserts is available for delivery in New York City between 26th Street and 135th Street, and was slated to expand below 26th Street in late January.

The creation of Pasta On Demand was in direct response to the evolution of consumers’ eating habits.

“The consumer is telling us they want choice, convenience without compromising quality,” Fakahany says. “[They] want to eat the kind of food they eat in restaurants, at home.”

Rich in chef talent and pasta-making expertise, Fakahany says Pasta On Demand leverages the group’s comparative skills to its advantage in a new and different way.

“The whole ethos behind this idea is to leverage our core,” he says. “[To] work from units we have and operate with capacity we have more efficiently.”

The decision to outsource delivery was also about leveraging strengths.

“[UberEATS] has transportation, technology and marketing,” Fakahany says. “I don’t want to build that. I want to partner with that.”

With options like gnocchetti with roasted butternut squash, kale pesto and pine nuts; creste, squid ink pasta with shrimp and calamari ragù and breadcrumbs; and rigatoni with pomodoro and basil, which are priced an average $5 to $7 less than pastas at the restaurant, Pasta On Demand appeals to both existing Altamarea customers and those who haven’t yet tried the group’s restaurants, Fakahany says.

“They love it. They get a chef [Michael] White pasta dish for a much lower price,” Fakahany says. “It’s certainly broadened our client base. It’s a win-win.”

While offering delivery—especially at a slightly lower price point—could cut into brick-and-mortar business, that hasn’t been the case with Pasta On Demand.

“It has not cannibalized our business,” Fakahany says. “The people coming in are coming for a different experience.”

But operating a separate delivery business out of an existing restaurant kitchen isn’t without its challenges.

“The challenge is to have procedures, systems and communication,” Fakahany says.

In addition to the typical new-restaurant challenges, there was also the need to co-train the kitchen team and the UberEATS team in each others’ systems, and to manage resources in the kitchen to ensure the virtual restaurant didn’t detract from the physical restaurant.

But this isn’t the group’s first time playing in the delivery-only space. When Costata steakhouse in New York City closed in December 2015, they decided to continue offering the restaurant’s steaks for delivery only, working out of the nearby Osteria Morini kitchen and using third-party Caviar for delivery. Today, Fakahany says sales from Costata Steak-Delivered are a significant percent of what they were when the restaurant was open.

With the early success of Pasta On Demand, Fakahany is considering expanding to other cities where the group already has brick-and-mortar restaurants.

“We could do Pasta On Demand probably in D.C. one day, too,” Fakahany says. “I am going to watch how New York does, how it works. Then I’m open to other locations [where] we can replicate the arrangement.”

A handful of other digital, delivery-only restaurants have opened of late (David Chang’s Ando in New York City; Munchery in San Francisco), which begs the question: Are virtual restaurants the next big trend—perhaps even the future of the industry?

“I don’t know at this stage if a delivery-only restaurant will catch on at full throttle,” Fakahany says. “[But] there is no reason why restaurants that have this capacity shouldn’t meet this demand.”