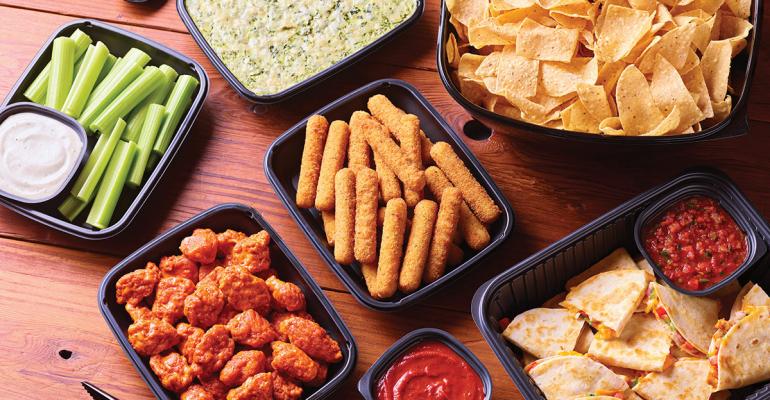 Operators take their slice of the $68 billion pie

The end-of-year holidays, from Thanksgiving onward, used to be a time for families and friends to get together and appreciate each other’s cooking as well as their company, but increasingly the cooking is being outsourced, and restaurants are cashing in on that.

Steve DiFillippo, CEO of the 10-unit Davio’s Northern Italian Steakhouse, based in Boston, started offering Thanksgiving dinner at his restaurants around 10 years go.

“Growing up, I never would have gone out for Thanksgiving, but things are different now,” he said. “Now it’s busier than Mother’s Day. Thanksgiving is the busiest day of the year.” 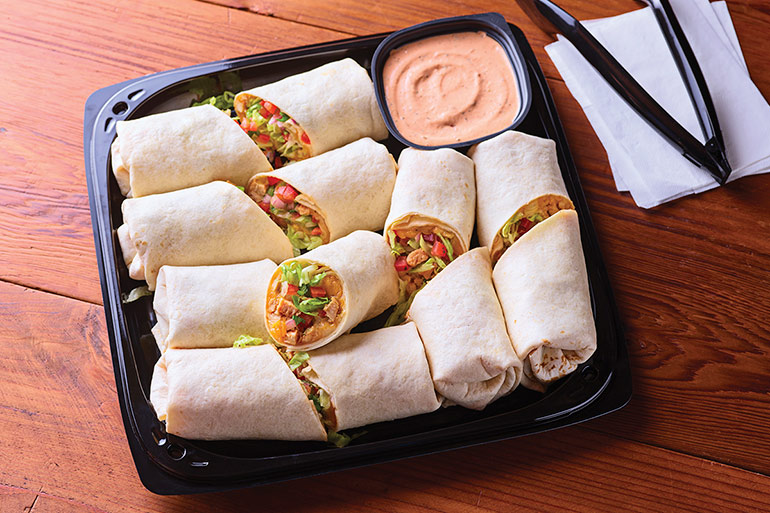 Davio’s offers a traditional Thanksgiving turkey dinner with all the trimmings for $65, and for another $12 guests can get “Tomorrow’s Sandwich” of enough turkey, stuffing, gravy and cranberry sauce to make a few sandwiches on Friday.

Last year, Davio’s started doing turkey takeout on Wednesday. “It’s incredible how much business we get from it,” he said.

He’s not alone. Catersource, a leading resource for catering and event professionals, projects that total catering sales in the United States will grow by more than 25 percent in 2018, to $67.8 billion from $54 billion in 2017. Of that, $15.8 billion will be from private dining in restaurants, nearly double the sales of $8.2 billion in 2017. Another $14.4 billion will be from quick service and retail — about the same as last year. 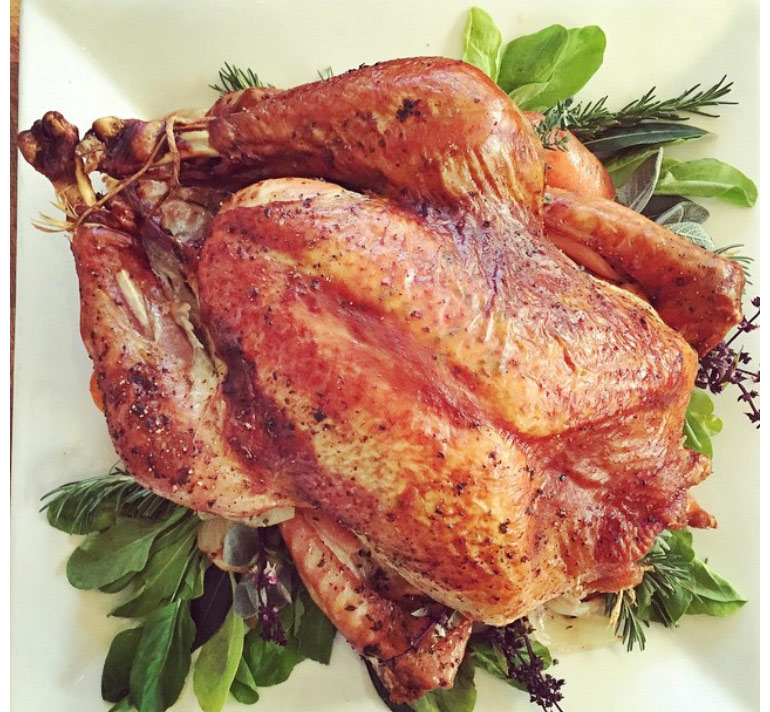 Akasha has around 170 seats and serves 500 guests in the restaurant on Thanksgiving Day. She even rents a tent to cover the restaurant’s patio.

But the day before Thanksgiving is also big, as she and her staff busily wrap turkey and side dishes in foil and pour gravy and soup into quart containers for takeout, complete with instructions for reheating.

She estimates they sell enough takeout food on Wednesday for 300 meals.

“It’s a lot,” she said, adding that end-of-year holiday sales account for around 20 percent of total annual sales. 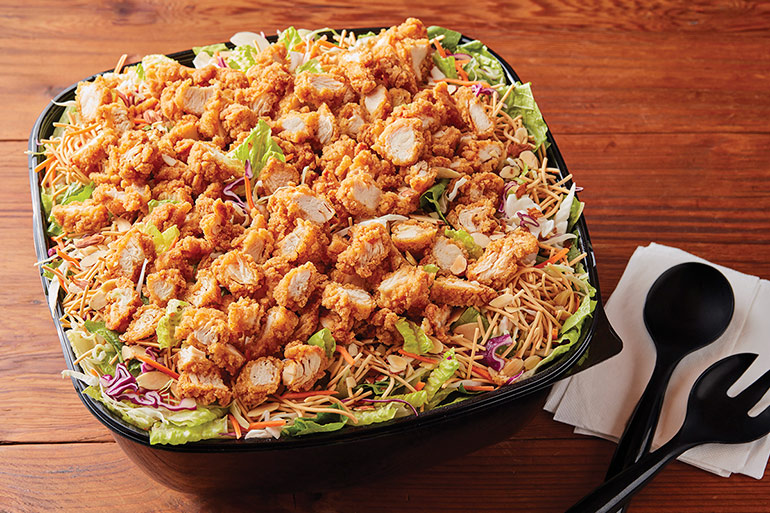 That’s a higher percentage than what traditional caterers make. Catersource quoted Carl Sacks, executive director of the Leading Caterers of America, as saying around 12 percent to 15 percent of annual revenue comes from the holiday season, even though a very large source of caterers’ income — weddings — don’t happen much during that time of year.

DiFillipo gives some of the credit of the increase in catering to meal kits.

“It kind of woke people up to getting [restaurant-quality] food in their homes,” he said. “In a way I think it helps restaurants, because it’s so much easier to just get the food [rather than make it from kits].”

Kristen Hough, marketing manager for the six-unit Kenny’s Restaurant Group in the Dallas area, said that with more delivery services such as Uber Eats and DoorDash, plus restaurants’ social media presence, has “helped make restaurant food more top-of-mind for guests these days.” 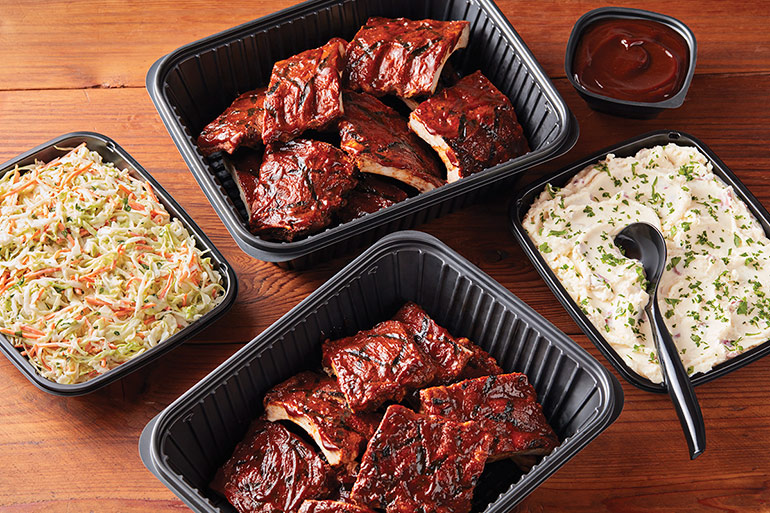 Ribs and slaw mash from Applebee's

Holiday catering is a huge part of Boston Market’s business. The Golden, Colo.-based rotisserie chicken chain has started out-of-restaurant catering in 2002, and CEO Frances Allen said the biggest area of growth is through delivery.

“We make that really convenient for our guests,” she said. The chain of around 460 locations has its own drivers for delivery, but Allen said they’re also working with third-party delivery services, too, to make sure Boston Market’s food is available wherever their customers want it to be.

“Their definition of convenience is frictionless,” she said, adding that consumers now demand “that we empower them in newer and faster ways.”

Casual-dining chain Applebee’s Neighborhood Grill & Bar just relaunched its catering platform on Nov. 12, changing the name from Applebee’s Anywhere to the more obvious Applebee’s Catering, with larger portions and new packaging that preserves and presents the food better and is consistent with the chain’s “promise of abundant value,” said Scott Gladstone, the chain’s vice president for strategy and development.

He said off-premise catering accounts for around 10 percent of the Applebee’s business, and they expect that to double in the next five years. Although its Carside To Go takeout service will remain the core offering of the chain’s roughly 1,800 restaurants, “catering is going to be a big piece of that growth as we go forward.”

Although off-premise catering can be big business, Garrett Brooks, chief operating officer of Razzoo’s Cajun Café, a 21-unit casual dining chain based in Dallas, advises restaurateurs to remember that their core business is hospitality.

Although the chain sells a total of between 2,000 and 3,000 fried turkeys for off-premise consumption from Thanksgiving through the end of the year, “We really focus on that four-wall experience.”

He said that, although catering is a nice revenue stream, especially during this time of year, “it’s just as much a marketing machine for us as building sales and profit. We get to meet a lot of new people that way, and there is as much if not more value in that.”

That said, Brooks said that Razzoo’s added third-party delivery through DoorDash at two of its locations and found that the new business was completely incremental. So they’ll be adding it across the system in a deal currently being worked out with DoorDash.

“We’re professional at providing quality Cajun food, and so we want to stick with that,” he said. For delivery, they’re turning to a company with expertise in that, he said.

This story has been updated with the correct name of Applebee's vice president for strategy and development, which is Scott Gladstone.
0 comments
Hide comments
Recommended Reading