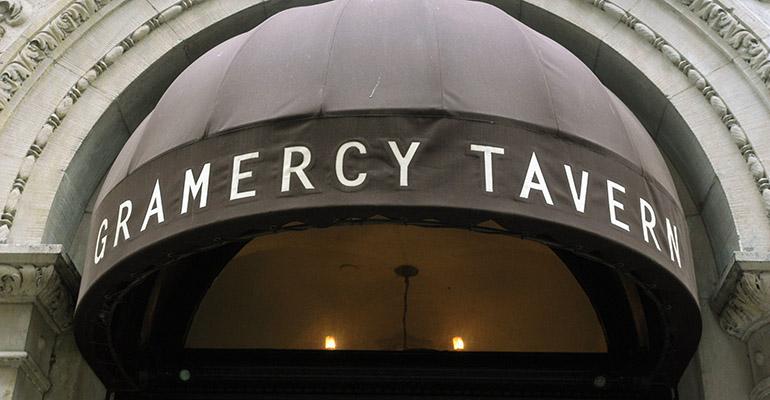 Former host claims discrimination when required to wear a tie

Is it discrimination to ask a gender nonconforming employee to wear a tie? A former host at Union Square Hospitality Group’s Gramercy Tavern in New York makes that claim in a lawsuit filed on June 18 in New York State Supreme Court.

The plaintiff, Engels Coca, a 31-year-old former host who identifies as gender nonspecific, worked for just two months last year at the New York City fine-dining restaurant owned by prolific restaurateur Danny Meyer. Coca quit after refusing to wear what was described as a male-specific uniform, including garments like a tie.

As part of company policy, Union Square Hospitality Group does not comment on ongoing litigation. Regardless of how it plays out in court, the issue is something employers should consider when establishing uniform dress codes.

Although gender-specific dress codes for restaurant employees and even customers — like the handful of restaurants that still require dinner jackets — were once commonplace in the fine-dining world, in recent years these policies have come under legal scrutiny for discrimination and human rights violations.

Under the New York City Human Rights Law introduced in 2015, “employers and covered entities may not require dress codes or uniforms, or apply grooming or appearance standards, that impose different requirements for people based on gender.”

Roy Salins, labor and employment law expert and partner at Davis Wright Tremaine law firm in New York, said the law against gender discrimination in regard to uniform mandates in New York City and New York state is clear:

In the Gramercy Tavern lawsuit, Coca alleges the restaurant enforced an employee dress code policy that “treated males and females differently and specifically imposed different uniforms and grooming standards based on sex/gender.”

The lawsuit further states that the plaintiff brought this to the attention of their managers and “repeatedly asked” for “the same uniform flexibility as the female host employees.” In response, the defendants allegedly refused to allow Coca to wear anything other than the standard male uniform, therefore subjecting them to a “hostile work environment.”

After multiple attempts to reach an agreement with their employers, Coca allegedly quit in December.

When asked about the strictly enforced uniform policy, general manager Scott Reinhardt cited the restaurant’s long-standing “tradition,” and said that, “the same uniform rules have been in place for a very long time and would be hard to create any changes based on personal requests," according to the lawsuit.

Salins said employers should be very deliberate when drafting uniform requirements for employees.

“My advice to employers is to carefully look at your uniform policies and make sure they are in compliance with human rights laws,” he said.