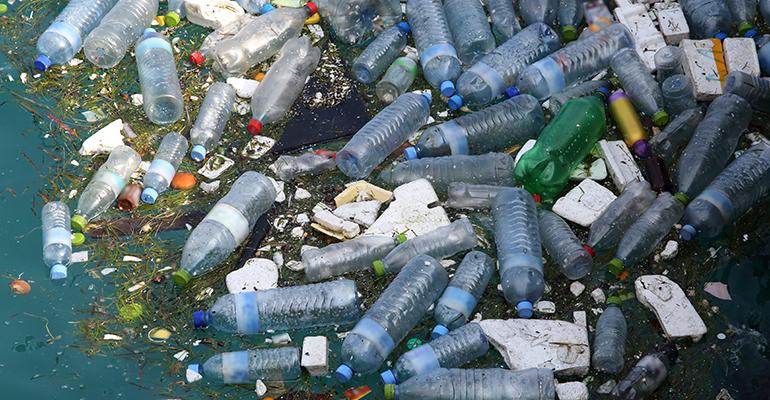 Some plastic bags, containers and utensils would be prohibited in restaurants by 2022

The Break Free From Plastic Pollution Act of 2020 was introduced by Sen. Tom Udall (D-N.M.) and Rep. Alan Lowenthal (D-Calif.), along with Sen. Jeff Merkley (D-Ore.) and Rep. Katherine Clark (D-Mass.). It has no Republican co-sponsors, indicating the legislation has little chance of passage in the Senate.

Related: Planet-friendly plastic alternatives for to go and delivery

As proposed, the bill would require plastic producers to design, manage and finance waste and recycling programs. It would create a national beverage container refund program, raising the refundable fee to 10-cent per bottle, and reduce and ban certain single-use plastics that are not recyclable.

Among the single-use products the bill would prohibit include some takeout food bags, containers, plastic utensils and plastic straws (the latter, except on request). Instead, restaurants would be required to find reusable, compostable or recyclable alternatives.

Beverage, packaging and foodservice products would also be required to use a certain level of recycled content, and the bill would put new plastic production facilities on hold until a nationwide recycling and composting infrastructure is put in place.

“The plastic pollution crisis is past the tipping point: our communities, our waterways, and even our bodies are at risk,” said Udall in a statement. “We are already bearing the cleanup costs of mountains of plastic waste, and it will only get worse for future generations. We have a responsibility to act now before the overwhelming public health, environmental, climate and economic effects of plastic pollution reach the point of no return.”

An estimated 92% of plastic waste is never recycled. Plastic waste breaks down into microplastics that have become pervasive in soil and waterways — and has even been found in rainwater. The lawmakers cited a report that estimates each person in the U.S. consumes a credit card’s worth of plastic each week, mostly in drinking water but also in foods like shellfish.

Plastic production, pushed by the oil and gas industry, is also a contributor to climate change. Global plastic production is expected to triple by 2050, accounting for 20% of global oil consumption, according to the bill. Emissions linked to plastic production and incineration is equal to 300 coal-fired power plants.

Udall contends solutions are already being implemented in cities and states across the country, but a comprehensive national strategy is crucial to drive innovation.

Restaurants, meanwhile, are faced with a patchwork of changing state and local laws, from the polystyrene and plastic straw bans to regulation of reusable containers.

Many restaurants are already shifting to compostable products, despite the fact that few composters across the country will take packaging, with the hope that the infrastructure will catch up.