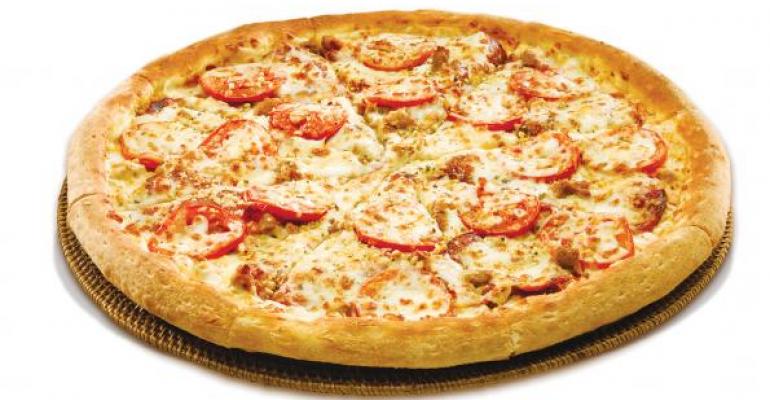 No matter the election results on Tuesday, one party is claiming early victory: Restaurants that deliver.

Poll watching parties will be in full force Tuesday night at restaurants and bars across the country. But many consumers will likely stay home to avoid confrontation after what has been a bitter and divisive campaign.

For pizza chains and independent restaurants using third-party delivery providers, Tuesday is expected to provide a huge sales boost in off-premise business as Americans settle in front of their televisions and computer screens to watch the results come in.

Earlier this year, Wall Street analysts speculated that the political unrest of the election season favored pizza delivery chains as consumers hunker down and order in.

Domino’s Pizza, for example, is expecting pizza orders on Tuesday night to increase by double-digits compared with a typical Tuesday night.

“There’s no way to know how this year will trend, but we certainly expect pizza to be a popular choice,” said Jenny Fouracre, Domino’s director of public relations.

Peter Collins, senior director of public relations for Papa John’s International Inc., said the chain was preparing for a busier than usual Tuesday, but “not Super Bowl or Halloween levels, more like a highly anticipated football game.”

A brand-agnostic grassroots effort launched before Election day called “Pizza to the Polls” allowing donors to contribute toward pizza delivery to polling sites in various cities to feed hungry voters standing in line.

DoorDash is offering free delivery of Shake Shack on Tuesday only, for example.

“Between election parties and people voting after work, we expect it to be a busy night for delivery,” said Eitan Bencuya, a spokesman for DoorDash. “We’ve reached out to Dashers across the country to remind them to hit the roads tonight.”

​Postmates, which delivers in about 40 markets, has also sent users a code for free delivery from select merchants in their markets.

The delivery provider has also partnered with ride-sharing service Via in Chicago, New York and Washington, D.C. to give customers free rides to the polls, then free food delivery from Postmates once they get home to watch results unfold.

GrubHub, which offers delivery service in 1,100 cities across the country, on Tuesday offered its own completely unscientific food-related election data for guests to follow.

The delivery service has identified certain dishes most popular in states that voted red or blue in past elections. Democrats tend to favor ethnic foods like teppanyaki, tostadas and dim sum, for example, while Republicans appear to prefer fajitas, meatballs and beef dishes.

With that in mind, GrubHub has launched a microsite, eatelection.grubhub.com, with a map of the country that will be updated each hour on Tuesday to indicate consumer delivery trends and whether they are leaning Democrat or Republican in their election-day choices.

Click on the state to see what’s trending. A few states on the map are missing because GrubHub doesn’t deliver there yet.

“We wanted to look for a way to celebrate the election and allow our diners to get involved in a fun and different way,” said Meghan Gage, a GrubHub spokesperson.

“We hope diners understand this is a busy night for delivery drivers and encourage them to be generous and appreciative when tipping,” she added.

The five-unit Asian Box, meanwhile, based in San Francisco, was also expecting a busy night of delivery with its partner DoorDash.

The chain added an extra worker per store to help coordinate quick pick up for delivery orders. The restaurant loaded delivery bags with utensils and napkins prior to the evening shift to help with speed, and the chain planned to add an Election Day treat to every delivery order.