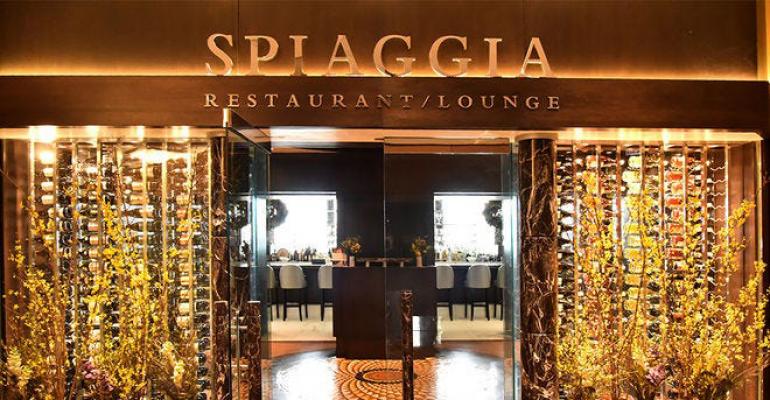 After 37 years on the Magnificent Mile, a commercial district in Chicago, fine-dining destination Spiaggia and its sister concept Café Spiaggia have closed permanently.
Operations

Ownership reportedly could not reach an agreement with Magnificent Mile landlord

After 37 years on the Magnificent Mile, a commercial district in Chicago, fine-dining destination Spiaggia and its sister concept Café Spiaggia have closed permanently, according to a July 9 Twitter post from the company. The restaurant never reopened after initial COVID-19-related shutdowns in March 2020.

According to the restaurant, the closure was due to a disagreement with the landlord.

“Unfortunately, we were unsuccessful in our efforts with our landlord to restructure the soon-to-expire lease, which was necessary to reflect the realities of operating a restaurant in an office building, post-pandemic,” the restaurant posted.

Founded in 1984, Spiaggia, owned by Levy Restaurants — which also owns River Roast in Chicago — earned Michelin stars for 12 consecutive years and became an Italian destination in the Second City where Italian restaurants are plentiful.

It was, however, located in a business and tourist district of Chicago, inside an office building. Such areas were hit hard by the COVID-19 pandemic, and have not yet bounced back.

“Spiaggia allowed Cathy and me to bring our beloved Italian culture and hospitality to Chicago, and we will always be grateful for the guests and community who supported the restaurant,” said founder Tony Mantuano, who left the restaurant in 2019, in a statement sent to Eater. “Many of the talented chefs and staff have gone on to make meaningful impacts on the culinary industry, and we know they will always have a piece of Spiaggia with them.”

Spiaggia is one of the largest and most prestigious restaurant to close in months in Chicago, where famous chefs have been flocking to open new restaurants. Other recent fine-dining closures include restaurants by Wolfgang Puck, Trou Guard, José Andrés and more, all due to the pandemic and rent-related disputes.

Recently, José Andrés announced his own dining destination in Chicago, set begin opening this fall, consisting of four concepts — his first in Chicago. Rick Bayless opened a brand-new restaurant in his home city early this summer as well.