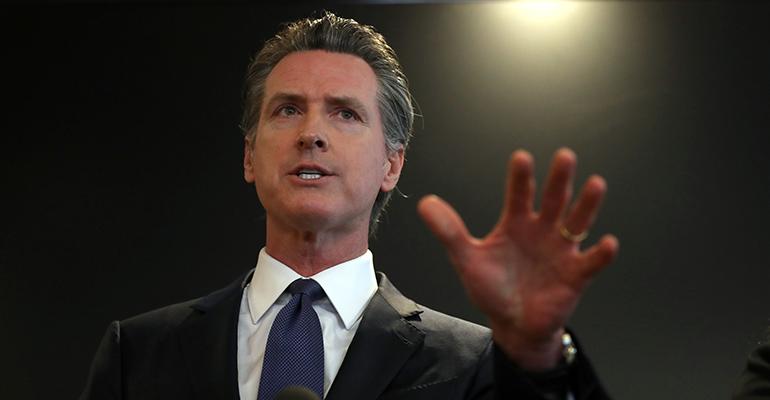 In what he’s calling a first of kind program in the nation, California Gov. Gavin Newsom launched Friday a meal program that will help unemployed restaurant workers while also feeding vulnerable seniors in the state.

The governor unveiled the “Restaurants Deliver: Home Meals for Seniors” program during his daily press briefing on Friday. The program, funded in partnership with FEMA, will reimburse California restaurants for providing seniors three free meals a day.

The goal is help restaurants reopen and rehire furloughed workers while also feeding seniors impacted by the COVID-19 crisis.

“This partnership will allow for the ability for restaurants to start rehiring people or keep people currently employed,” Newsom said, adding that that the restaurant industry has been “ravaged” by the pandemic.

The governor said participating restaurants will provide nutritious meals for seniors and be reimbursed as follows: $16 for breakfast, $17 for lunch and up to $28 for dinner.

Restaurants are expected to source foods from the local supply chain including farms to help reignite the California economy. Restaurants have not been selected but he noted the program is geared for independent restaurants, especially those forced to temporarily close during the COVID-19 crisis.

“Now we have the ability to have a locally driven decision making to start employing workers and get these restaurant reopened,” he said.

Restaurants wishing to participate should reach out to their local county officials who are administering the program, a spokesman for the governor told Nation's Restaurant News. To learn more about the program, go to the governor's website.

FEMA will cover 75% of the program’s cost, and the rest will be funded by the state (75%) and local governments. Newsom said he expects the program will rejuvenate sales tax revenue for local counties.

Those seniors eligible will be in the millions, he said, adding that 1.2 million seniors live in isolation in California.

The COVID-19 pandemic has had catastrophic impacts on the restaurant industry due to shelter-at-home mandates.

On Monday, the National Restaurant Association asked Congress for a $240 billion recovery fund for the restaurant industry, which has seen 8 million workers lose jobs since mid-March. The industry is on track to lose about $80 billion in revenue by the end of April with industry-wide losses pegged at $240 billion through the end of 2020. Those losses assume a gradual reopening of the economy in June.

The California Restaurant Association has previously urged for more aid for the restaurant industry,  noting that a vast majority of the state’s 90,000 restaurants are owned by independent proprietors.

Even with federal relief, the association has said: "Unless there are bold measures taken by the state, we are likely to lose 20-30 percent of Californian’s restaurants. Permanently."

Update: This story was edited to include more information on the restaurant delivery program.