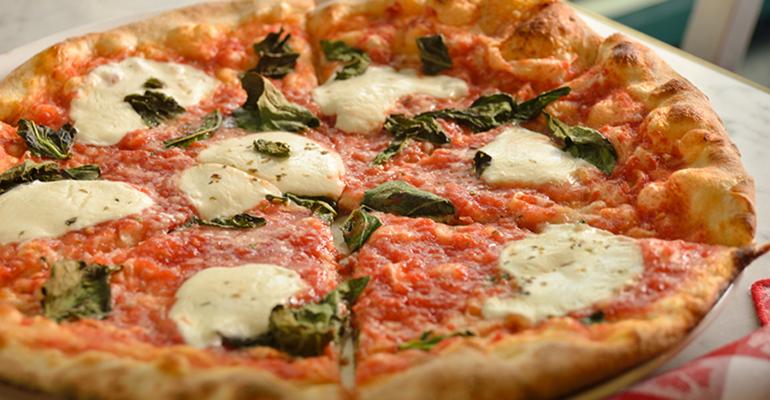 Block 16 Hospitality to expand to Hawaii and Oregon

Block 16 Hospitality is expanding beyond its existing markets of Las Vegas and southern California with plans to open new restaurants in Honolulu and Portland, Ore., by the end of the year.

Executive chef Anthony Meidenbauer said construction is underway for a Flour & Barley on Kalakaua Avenue in Honolulu’s Waikiki area at the new International Market Place, which already has a Kona Grill and Stripsteak and will soon have restaurants by Roy Yamaguchi, Michael Mina and the Hakkasan group.

“It’s a great location, right on the strip, basically, of Kalakaua, which runs along the beach there,” Meidenbauer said. “So we’ve got some ocean views and all the resorts around us, lots of high-volume tourists.”

The menu will be largely the same as at the other two Flour & Barley locations, although there will be nods to local tastes with items like an ahi tuna poke and an Aloha Pie with mozzarella, Maui Gold pineapple, Spam, smoked bacon and Calabrian chile. The restaurant will also offer a pizza featuring slow-roasted Kalua pork, mozzarella, onion, roasted tomato, avocado cream and cilantro.

The cocktail program will be expanded to include tiki and frozen cocktails.

“When you go to Hawaii, most people are having a blended drink with a pineapple garnish and an umbrella, if you will. So we’ll have our play on those drinks, which we don’t have at our other locations,” Meidenbauer said.

However, as at other Flour & Barley locations, the main focus of the beverage menu will be beer, and the taps will feature brews from local producers such as Kona, Maui and Waikiki brewing companies, as well as smaller producers.

“We’ll be able to source some good local beers and hopefully grow the craft beer market, which is not huge in the area yet,” Meidenbauer said, adding that mainstream national lager brands will be available as well.

“It’s a huge Asian market in the area, and Budweiser is their import, and they’re coming [to Hawaii] to drink it,” he said.

Block 16 is opening a new location of its burger concept, Holsteins Shakes & Buns, in The Brewery Blocks, a section of Portland’s Pearl District, which is home to a number of breweries and distilleries.

“It’s a cool, cool city where people really like great food, great drinks and cool places to hang out,” he said of Portland, noting that it’s a city where many of the locals want to try new foods. “In Hawaii, they want pizza, they want beer, the normal stuff. It’s a little bit more pushing the envelope in Portland, which is exciting from the creativity of the chef side.”

Portland is also one of the country’s great craft beer cities, and Meidenbauer plans to embrace that by hosting beer-maker dinners, possibly with brewers making special beers just for the evening.

“We can cook with it, we can drink it, and really create a cool environment,” he said.