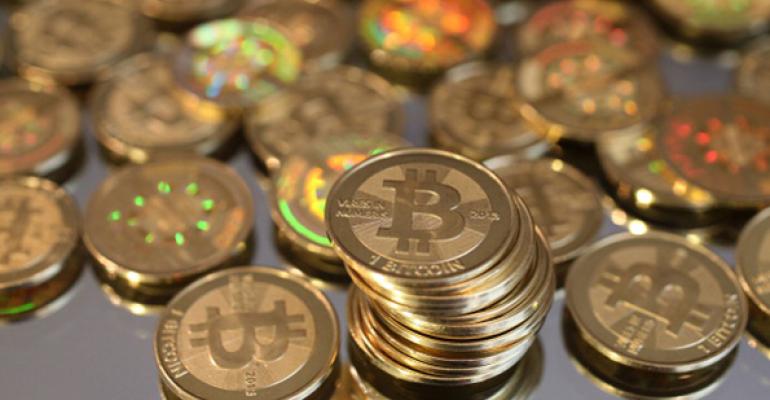 We’re not sure whether the installation of a Mike Tyson Bitcoin ATM at Off The Strip at the LINQ in Las Vegas indicates that bitcoin usage is poised to enter the mainstream or has perhaps jumped the shark. But if you subscribe to the theory that restaurants do well by offering something their competitors don’t, this 11,000-sq. ft. bistro/bar operation could attract plenty of new customers with this move.

"Our restaurant was selected because it is in a prime location, right in the center of The LINQ Promenade with direct access to thousands of guests every day," says Tom Goldsbury, founder of Off The Strip at The LINQ.

Not familiar with Bitcoin? Here’s the best explanation we could find:

“Bitcoin is the currency of the Internet: a distributed, worldwide, decentralized digital money. Unlike traditional currencies such as dollars, bitcoins are issued and managed without any central authority whatsoever: there is no government, company, or bank in charge of bitcoin.”

Why should businesses like restaurants accept it? “Bitcoin is a very secure and inexpensive way to handle payments.”

Bitcoin serves as the currency of choice for illegal internet transactions, and estimates are that 120,000 merchants worldwide—both legitimate and less legitimate—take it in payment. But the Bitcoin website figures only 92 U.S. restaurants accept bitcoins. Operators may be slow to adopt this payment method because it’s not clear which of the many available Bitcoin merchant solutions they would need to install to accept bitcoin payments. Also, traditional U.S. currency already works just fine.

“My fastest knockout in the ring was 30 seconds,” he says. “My Bitcoin ATM can turn your cash into bitcoin in 20 seconds. Las Vegas is the fight capital of the world, and it is also a notable technology hub, making it a perfect location for the first Mike Tyson Bitcoin ATM.”

That conversion speed is good, but how does this help restaurant customers more easily pay for their meals? Here’s how ATM terminal provider Bitcoin Direct describes the benefits in a PR release.

Restaurants' interest in accepting bitcoin payment would be stronger if they knew a large number of potential patrons wanted to pay for their meals that way. That may not be the case at the moment.

According to people who are savvy about such things, “Not many people use bitcoin because transacting requires some technical savvy, and also because it’s notoriously volatile. (One bitcoin is currently worth around $230, down from a high of more than $1,200 in 2013.)

Yet Bitcoin argues that the bitcoin-using demographic is worth chasing.

“The Bitcoin community is young, vibrant, and avidly supports businesses that accept their Bitcoin. By adding Bitcoin to your payment options, you gain instant access to this high-spending, big-eating demographic,” the site claims.

It also argues that “many vendors and restaurants like yours get a great dose of low-cost publicity that will help to keep your dining room full.” Another potential plus: processing fees are touted as “razor-thin” on bitcoin transactions.

Bitcoin payment may be the wave of the future, but that future hasn’t arrived quite yet. If and when it does, a Mike Tyson Bitcoin ATM may become appropriate for your operation. Expect plenty of media attention when you install one.