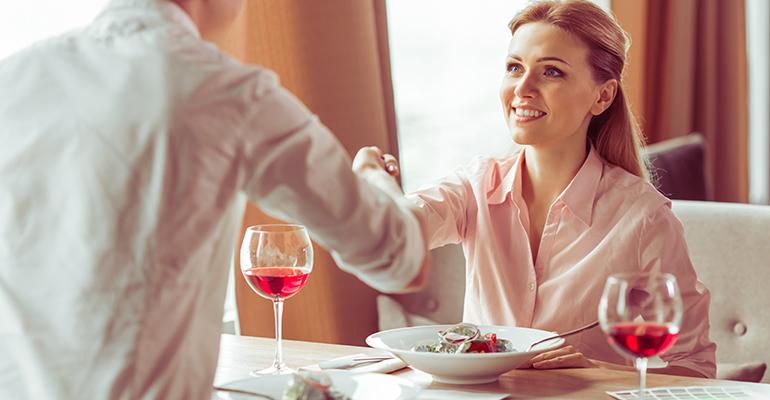 Avoid the missteps that can cost you big time. &bull; See more Operations&nbsp;articles

When it comes to running your restaurant, well-developed negotiating skills can make your life easier and more profitable. Failing to develop a knack in this important part of doing business can silently eat away at the foundation you’ve built for your success.

You may not think of yourself as a negotiator, but Harvard business school professor Michael Watkins says you are. “Whatever your business, a good part of your time is spent negotiating,” he says. He’s right, of course, and nowhere is this truer than in service businesses such as restaurants. Whether you’re negotiating with prospects, partners, suppliers, your landlord, employees or applicants, it’s critically important to put yourself in charge. Avoiding these 11 negotiating mistakes will help to give you the upper hand:

1. Not building relationships. There may be times when you need to enter into negotiations without any understanding of the other side’s positions. But wherever possible, try to establish a relationship with the other party in advance; doing so will greatly increase your negotiating power. Even seemingly unimportant “small talk” can help to establish trust while giving you some insight into how to deal with the other person.

Not knowing anything about your opponent in a negotiating situation is a major handicap. Establishing a relationship of any sort is a major step in reaching a satisfactory agreement.

Of course, you have to talk during any negotiating session, but not talking enough is not likely to be your problem. As one pro puts it, “He who talks the least learns the most."

3. Not listening. Most experts agree that good listeners are rare. Human nature being what it is it’s often easier for us to think about what we want to say next rather than listen to what is being said. If that sounds familiar, you have a valuable opportunity to bolster your negotiating success.

Author and adjunct professor at NYU’s Stern School of Business Michele Tillis Lederman agrees. “Listening is a skill that you must work on,” she says. “Listening is not a passive activity. It takes energy and concentration to focus on what people are saying and what they mean by it.”

If you talk over the other person or ignore what he or she is saying, it will be harder to find those areas of agreement that are essential to a successful negotiation.

4. Failing to understand the difference between arguing and negotiating. In an argument, each person makes a strong and sometimes irreversible point for or against something. Under those conditions, seldom if ever is any productive conclusion reached.

In contrast to that situation, the purpose of a negotiation session is for both sides to reach an agreement. Almost without exception, compromises by both sides are necessary.

Since both parties in a negotiation often begin by wanting different outcomes, an amicable agreement can be reached only through skillful discussion that is not allowed to migrate from negotiation to argument. Negotiation skills on your part can help to avoid that deal-killing conclusion.

If you do decide to make the first move, avoid making an unrealistic offer. Rather than establishing a commanding position, such a move can backfire by discouraging the other party from continuing in the negotiation.

But remember that first offers are hardly ever accepted, so make sure that your offer allows room for maneuvering. If it’s so generous that it is immediately accepted, the other party’s gratitude isn’t likely to be enough to convince you of your success.

6. Not knowing your “BATNA.” Even though you enter a negotiation knowing exactly what you want, it’s best to understand that is not always possible. Skillful negotiation calls for careful advance consideration of other possible outcomes that may surface. That’s why it’s best to know in advance what the least is that you will agree to.

BATNA stands for “Best Alternative to a Negotiated Agreement.” The term originated in the book Getting to Yes: Negotiating Agreement Without Giving In by Roger Fisher and William Ury. Since its original publication in 1981, Getting to Yes has been translated into 18 languages and has sold more thand 1 million copies in its various editions.

Even though your aim in negotiation is to come away with what you want, it’s important to decide in advance what your next-best alternative is (your BATNA). Having a clear BATNA makes it easier to press harder during negotiations, which may help you to get a better deal than you expected.

7. Failing to control your emotions. Entering into negotiations means that the outcome is important to you. But it shouldn’t be so important that you feel unable to walk away if the situation demands it. By keeping your emotions in check, you are less likely to enter into a bad deal. By maintaining the option to call it a day you’ll be in a stronger bargaining position if the other party decides to try again. In that case, the pressure will be on him to improve his offer.

9. Failing to prepare. Chances are you wouldn’t think of stepping up to a lectern to make a presentation without careful preparation. Even though you have a clear idea of what you want to accomplish in a negotiation, you still have to think about and prepare your arguments carefully. You also want to learn as much as possible about the other party whether it’s an employee, your landlord, a supplier, a potential big client or even a buyer.

No matter how major or minor, the more knowledge you can demonstrate about the subject of the negotiation, the more respect you will get from the other party and the more confident you will feel.

Also, good preparation makes it less likely that you will forget something. It’s very important to include all pertinent data in your negotiation since it would be extremely difficult to introduce new demands after negotiations have begun.

10. Failing to ask. It may sound obvious, but it’s important to remember that the key to successful negotiations is asking for what you want. The fear of rejection or of appearing greedy can put a major dent in your negotiation success. Rejections during negotiations are going to happen. However, it’s important to remember that rejections are not personal. They are nothing more than the feeling of the other party that your offer and your argument failed to substantiate why you should get what you are asking for.

When you get a “no” remember to keep asking. Always have several alternatives to offer—and remember why you have your BATNA.

11. Issuing an ultimatum. If there is one deadly mistake that inexperienced negotiators make it is beginning the negotiations with “This is our best and last offer.” Once that’s said, there’s no room for negotiation. The other party has been put in a defensive position making it unlikely that a successful compromise can be reached.

While it may become necessary to become aggressive if the other party does so and attempts to be domineering, it’s always best to keep in mind that the ultimate goal of a negotiating session is to reach a mutually acceptable conclusion. One solution should a deadlock be reached is setting a deadline for the conclusion of the negotiations. This gives both parties time to reexamine their positions and reopen talks with a renewed effort to reach an agreement.

In summary, entering into negotiation requires preparation, research and a clear understanding of not only what you want to achieve, but the other party’s goals as well.