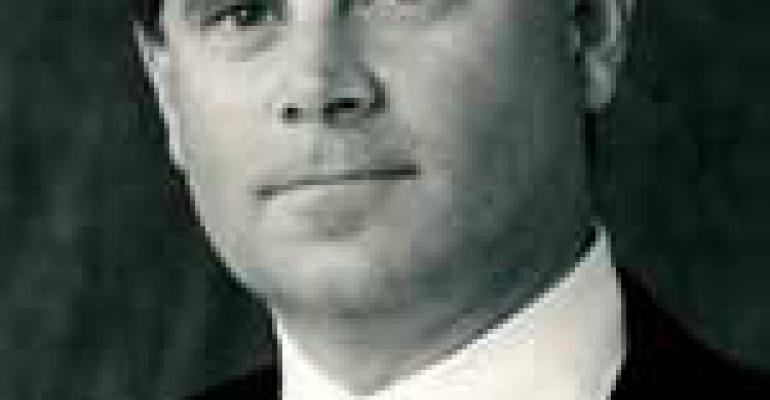 THE FICKLE FINGER OF FATE

The value of HACCP's put-it-in-writing record-keeping scheme became clear just days after the Wendy's story first broke. The company was able to track that batch of chili back up its supply chain and prove that no one involved with the production, transportation or final assembly of the chili served at its San Jose unit was missing a finger.

With Wendy's off the hook, investigators turned their attention to Ms. Ayala, the woman who found the 1-1/2-inch long severed digit in her chili. Legal tip #1: It's always better to have law enforcement agencies working to clear your restaurant's name instead of having to do it yourself.

Although it was demonstrably not at fault, the damage to Wendy's business was nonetheless immediate and severe. Sales in the chain's sizable Northern California market fell by half; chain-wide, U.S. sales were off $1 million a day. It could have been worse.

Investigators quickly discovered the Wendy's incident was not the first time Ms. Ayala had made claims under questionable circumstances. She's also done so against a former employer; against another fast-food operation (which she claimed paid her $30,000, although the chain said it did not); and against General Motors. Investigators found a total of 13 cases in which Ayala had filed legal claims in either her name or those of her children. There was also a pending matter in which Ms. Ayala sold a house trailer she did not own to a buyer who paid cash.

Ayala quickly decided she no longer wanted to sue Wendy's (for "emotional reasons"). But that didn't stop the San Jose police from arresting Ayala and charging her with both grand theft and attempted grand theft.

One question remained: Where did Ayala get the finger? Shortly after her arrest, we were introduced to Ayala's husband, James Plascencia. Investigators reported that an asphalt paving company worker named Brian Rossiter lost the tip of his finger in an industrial accident last December. Rossiter wound up giving the severed piece of finger to his fellow worker, Plascencia, to settle a $50 debt. Plascencia has since been jailed, but on an unrelated charge of failing to pay child support.

Wendy's didn't publicly gloat ("we feel vindicated," was all company president Tom Mueller said). But it should. This is exactly how crisis management is supposed to work in the restaurant business. Wendy's rapid response and masterful handling of this situation won't make scammers like the fun couple of Ayala and Plascencia go away. But it will likely cut down on the number and types of scams perpetrated on the industry.

You may be thinking: Great, but how often is a flesh-in-the-food situation going to come up? More often than you think. In Ohio, David Scheiding filed suit on April 1, 2005, seeking $50,000-plus. He claimed he received a chicken sandwich last June from a local Arby's restaurant that contained a 3/4-inch-long piece of human flesh.

Apparently, this one was no hoax. The Associated Press reported that when Miami County, OH, health officials queried the restaurant's manager, he happened to be wearing a blood-soaked bandage on his thumb. The health district write-up of the incident reported that the manager said he had sliced skin from his thumb while shredding lettuce but did not throw away the bin of lettuce he was working on at the time.

Shredded lettuce was part of his sandwich, Scheiding said. "Why wasn't the food searched, and why wasn't it thrown away?" Scheiding's lawyer asked the AP.

Good questions. A spokesperson for GZK Inc., the Arby's franchisee, said the entire incident was unintentional. That seems likely, but Scheiding had already rejected a settlement offer from GZK before filing his suit.

We're in no position to prejudge this case, but it sounds like GZK better get ready to cut a check to Scheiding. And we can't say for sure that a strict HACCP program would have prevented this mishap from taking place. This incident makes clear that a HACCP system is no better than the people administering it.

And they're sure having trouble administering it at the Kohl's Frozen Custard unit in Wilmington, NC. A customer said he bought a pint of frozen chocolate custard there in early May that contained a piece of severed finger. When officials from the state departments of agriculture and labor went to Kohl's to investigate the complaint, lo and behold: An employee had indeed lost a finger in the store's custard-dispensing machine-and a drive-thru employee had inadvertently served that batch of custard before learning of the event.

As you might imagine, the victim is looking for a lawyer now.

But the real question for operators here is one of focus. The occasional incidents like these three, while distasteful, are in the end an expensive nuisance for the restaurant owner. It's vastly more important to be ever-vigilant against more serious safety food safety problems.

Which brings us to Legal Tip #2: Go to www.marlerblog.com/Archives/001299.html#more and read what top food safety lawyer Bill Marler has to say on this topic. His discussion of the Wendy's incident starts this way:

"The food industry tends to over-emphasize, and thus over-react, to such claims. Such a strategy can lead to the denial of legitimate complaints. Denying legitimate claims increases the likelihood of overlooking real problems with food safety. And overlooking real problems increases the risk of health code violations, of poisoning consumers, costly litigation and public relations headaches.

"So how does one distinguish between legitimate and illegitimate or unsupported claims of food poisoning? On a slow day, my firm gets about 25 e-mails and phone calls from prospective clients. We reject about 95% of them -- mostly on the basis of a few basic criteria...."

Marler then provides a list that every foodservice owner or operator should keep at hand for that dreaded moment when a customer confronts you with a food-related complaint. We hope you never get that call. But if you do, this list can tell you what to worry about and what to let go.