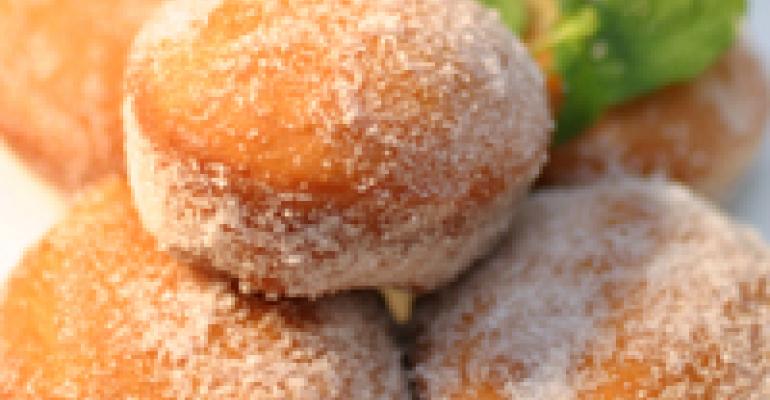 The Krispy Kreme saga has a familiar ring to it: Great product, rapid expansion, quality control problems, market saturation, then the sudden onset of big-time problems when the entire concept hits the wall. The latest snafu: the company failed to file an annual report with the SEC—the kind of violation that gets companies delisted from the New York Stock Exchange. "Krispy Kreme is not at this time able to predict when the Form 10K will be filed, but intends to file the report at the earliest practicable date," the company stated. New c.e.o Stephen Cooper, the $760-an-hour turnaround expert brought in to run the company, knows the news is going to be bad, but even he can't figure out how bad it's going to be. The company's sales were already in a tailspin before this snafu, down 16 percent in the fourth quarter of last year.

Oh, and did we mention the lawsuit filed by employees? It alleges that workers lost millions in retirement savings because company executives lied to them about the company's sales and profits.

But at least the donuts are still great-at least the ones made onsite in Krispy Kreme stores. Their arrival is still heralded by the chain's legendary "Hot Now" window sign.

On the other hand, as Krispy Kreme moved its product into retail stores, it chose to make donuts in large commissaries and truck them to retail locations. The result: consumers were surrounded by opportunities to purchase Krispy Kreme donuts, but an awful lot of what they bought had a day-old-ish quality to them. They definitely weren’t “Hot Now.”

For Krispy Kreme and top competitor Dunkin’ Donuts (also going to a commissary scheme in some expansion markets, with donuts being "finished" at the unit level) the donut business is primarily an early morning affair. But who knew that there's an after-dinner market for donuts, too, and that full-service restaurants own it? It turns out there's a big demand, at least for artisan-class donuts made fresh to order by high-end pastry chefs.

Who's on the bandwagon? You can't get any bigger name than Thomas Keller and the French Laundry in Yountville, Calif. His "coffee and donuts" (little cinnamon donuts and coffee-flavored semifreddo) has been a signature offering for years. Patrons go crazy for Beard Award-winner Marcus Samuelsson's green tea donuts at his famous Aquavit in New York City. Top NYC steakhouse Maloney & Porcelli offers "Drunken Doughnuts" (get it?) that are filled with liqueur-infused jam. Also in New York City, places such as 212, Aix, Craft and Park Avenue Café all have donuts on their dessert menus. In Los Angeles, big-hitter spots like Grace, Spago and Sona do the same.

The skilled pastry chefs at these high-end operations are able to elevate donuts to near-ethereal levels. But none of them may surpass chef Rodelio Aglibot of Yi Cuisine in Los Angeles, whose artisanal Asian fare prepared with French techniques is winning critical raves. He fills his mouthwatering masaladas "donuts" with vanilla cream cheese and serves them warm with crème anglais, rolling the bite-sized morsels in sugar to create a transcendent melt-in-your-mouth texture.

Want to learn how to make the perfect donut? Then head for the Institute of Culinary Education in New York City, where The Donut Book author Sally Levitt Steinberg will conduct a one-session, five-hour "donut-ology” class on June 25. The price: $105. When people will pay this much to learn how to make something this basic, you know donuts are hot.