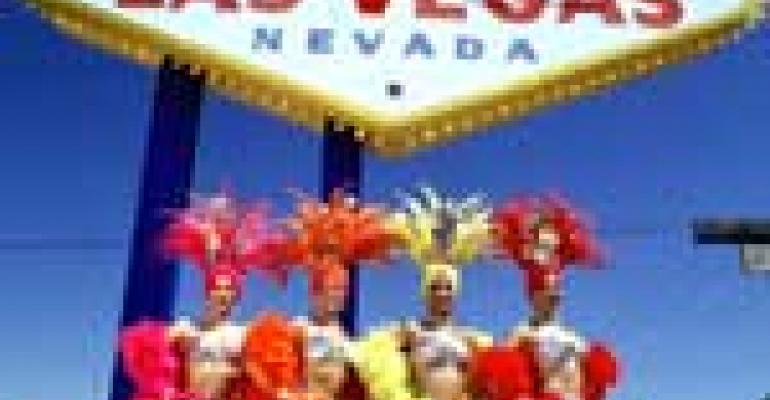 Keep in mind that even though upwards of 73,000 people will attend next month's NRA gathering in Chicago, show admission dollars are not the dominant portion of overall trade show revenue. The real money comes from selling booth space. And while it's nice if a lot of little companies by little booths, trade shows need big companies to buy gigantic blocks of booth space if they want really to cash in.

And many big companies that exhibit, or used to exhibit, at the NRA show are getting fed up with Chicago. Not with Chicago itself, which just about everyone classifies as a terrific convention city on almost every front. It's the labor situation at McCormick Place, where astronomical drayage fees, set-up costs and teardown expenses have convinced many companies they'd rather do business someplace else.

Mary Pat Heftman, senior v.p. of conventions for the NRA, told the Las Vegas Sun that Chicago has it all, except for one thing: labor costs at McCormick Place. "And it's not just about the cost of labor, it's crew size requirements," she said. "For example, there are some jobs that require three laborers under union contract rules in Chicago that only require one person in Las Vegas." High overtime rates are another part of the labor problem at the Windy City location.

Las Vegas is licking its chops at the prospect of landing the NRA show, the 25th biggest trade show in the country. But it's not a slam dunk deal. The NRA "is looking for a show date in April and May, and during that time, we're absolutely jammed," says Chris Meyer, senior director of convention center sales for the Las Vegas Convention and Visitors Authority. This year, for example, here is what's going on in Las Vegas during the NRA's traditional third-weekend-in-May time slot:

"We'd really like to have the NRA" Meyer said, "so we'll keep the dialogue open."

We wouldn't dare to quote odds on the likelihood of this move taking place. But we would note that Las Vegas, once a culinary backwater, has become one of the leading restaurant cities in the world--at least if you measure that by the number of celebrity chefs who have set up shop there. But the more telling factor might be that Las Vegas has not one, not two, but three facilities big enough to accommodate an NRA-size event (the NRA show took up 560,000 square feet of floor space in 2003). The Las Vegas Convention Center, the Sands Expo Center and the Mandalay Bay Convention Center could each handle the NRA event. If you're looking for a low-cost location, it doesn't hurt to have three facilities in the same city bidding against each other for your business.

Still to be heard from is Orlando, where the ever-expanding Orange County Convention Center (seven million square feet of public space) is plenty big enough to handle the NRA Show, and the rest of the needed infrastructure, from hotel rooms (99,000 nearby) to airport capacity, is already in place.