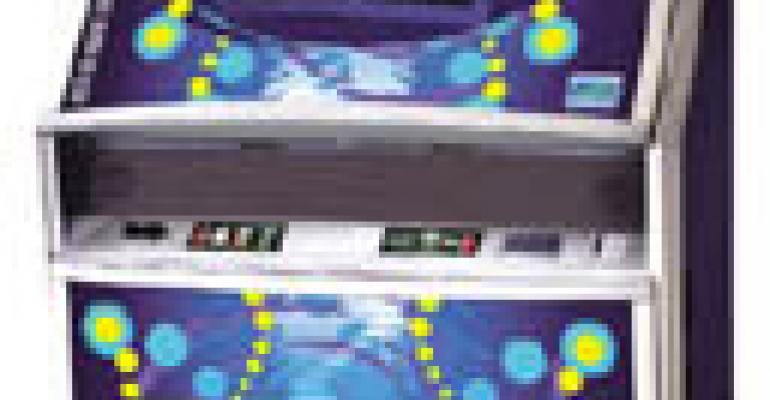 In Tune With The Times

Geez, these techsavvy customers sure expect a lot from their restaurant experience these days. Not only do they yearn for WiFi access—presumably on your dime—while they eat, drink or otherwise hang out at your operation. Now they’re looking for foodservice operations where they can download some of their favorite tunes onto a CD, an Apple iPod or another digital listening device.

It sounds like a complication a full service operator just doesn’t need. But digital music downloads are something to keep an eye on. They’re already proving to be a viable way to capture more revenue dollars and/or drive incremental business in the coffeehouse, fast food and pizza segments of the business.

Starbucks was the first foodservice organization to embrace digital downloading big time. This past spring, the coffeehouse giant unveiled an instore music service that enables customers to pull on some headphones and use a Hewlett-Packard tablet computer to check out some of the 250,000 songs Starbucks has licensed. Then customers can burn any music they want onto a customized CD right in the store.

The first store opened in Santa Monica, Calif., and Starbucks plans to move quickly to expand its service into 2,500 additional stores over the next two years. “This is not a test,” Starbucks Chairman Howard Schultz said at the grand opening. “We’re going for it.”

Also going for it, albeit via a slightly different route, is Mc- Donald’s. This summer, the company is running a Big Mac Meal Tracks promotion in which every customer who purchases a Big Mac Extra Value Meal gets an access code worth one free song download at the Sony Connect online music store.

Sony Connect is a subsidiary of Sony Corporation. It provides hundreds of thousands of music tracks from major labels and independent artists. The typical Big Mac eater has plenty of choices.

Digital downloads look like a snazzy promotional opportunity to Papa John’s International, Inc., too. The 2,800- store pizza giant is in the midst of its “4 & More” campaign. Papa John’s customers who purchase four 20-oz Coca-Cola beverages of their choice receive their beverages in a carrier sporting an official “cut and reveal” sticker. It has codes for four free music track downloads from Musicmatch, which offers more than 550, 000 songs.

“Research tells us pizza is the number one food choice of teens, and hanging out with friends and listening to music are top teen activities,” says Gary Langstaff, chief marketing officer of Papa John’s. ”Downloads are a great way to provide a better experience to our customers.”

One version, manufactured by venerable jukebox maker Rock-Ola Manufacturing and marketed by digital downloading outfit Ecast, is already in place in more than 2,100 restaurant and bars nationwide.

This unit gives patrons a choice of 150,000 songs, and it comes complete with 900 watts of digital audio power and a 19-inch touch-screen monitor.

Even better, from the operator’s perspective, is that the unit accepts not just coins and paper money, but credit cards as well. A jukebox that takes plastic? Sounds like a can’tmiss moneymaker to us.