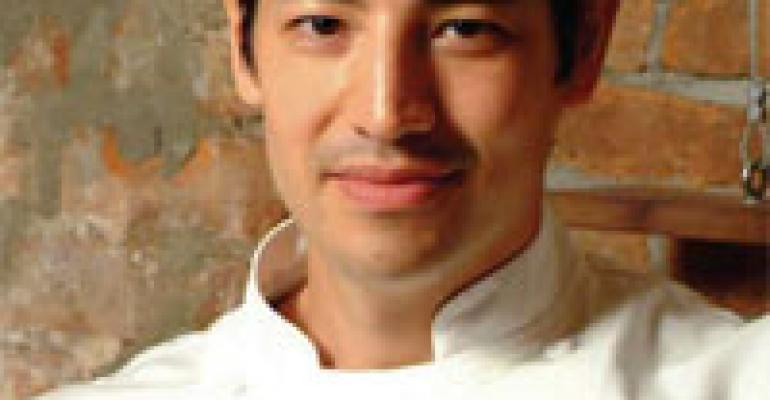 Catch It While You Can

It’s highly unlikely customers are going to get tired of dining at New York City’s Park Avenue Winter, which was Park Avenue Summer when it opened last June and morphed into Park Avenue Autumn last September. In addition to changing its name and menu every three months, this restaurant reinvents its entire look and feel—the furniture, the walls, the ceiling, the dining room layout, staff uniforms, place settings,the whole works. Being highly attuned to seasonality is a point of emphasis for many restaurants, but no one is outdoing owners Fourth Wall Restaurant Group.

If you can afford it, a quarterly reinvention is a hell of an idea. People always have a reason to come back to see what’s new. Funny thing, though. It turns out they probably would be coming back to eat more of Chef Craig Koketsu’s food regardless. “Park Avenue Look-at-the-Weather-and-Fill-In-the-Blank has more than a striking gimmick,” said New York Times restaurant critic Frank Bruni in his two-star review. “It has some terrific food and a talented executive chef.”

Koketsu is also executive chef of Fourth Wall’s first restaurant, Quality Meats. He’s three-for-three on creating spectacular seasonal menus so far at the Park Avenue venue, and appears to be just scratching the surface. The dessert lineup has been filled with knockouts, too, but that’s to be expected with James Beard Award-winner Richard Leach on hand as executive pastry chef. Leach previously worked in this space when it was the long-running Park Avenue Café.

Would you need this level of hyper-seasonality to get attention in your town? Or would a seasonal menu change be enough? Be careful. One thing Park Avenue Winter has going for it is uneatable real estate. It sits on the corner of 63rd and Park Avenue in Manhattan. Like nowhere else, this Upper East Side neighborhood has customers galore who don’t flinch at paying $15-$20 for appetizers, $35 and up for entrees and $13 ( or more) for desserts. Another key: It has off-site storage for the formidable amount of gear needed for the quarterly makeovers.

The management team is formidable, too. Fourth Wall president and founder Michael Stillman cut his teeth working for the Smith & Wollensky group headed by its founder and his father, Alan. When the Patina Group bought most of Smith & Wollensky earlier this year, Michael Stillman became president of Fourth Wall Restaurants, a company that owns, manages and develops unique restaurant concepts including the New York City restaurants that weren’t part of the Patina deal: Park Avenue Winter, Quality Meats, Maloney & Porcelli, The Post House and the Smith & Wollensky flagship in midtown Manhattan. The company has already shown it can run old-school operations as well as invent clever new ones. We can’t wait to see what’s next, and we know what it is: Park Avenue Spring, debuting this March.