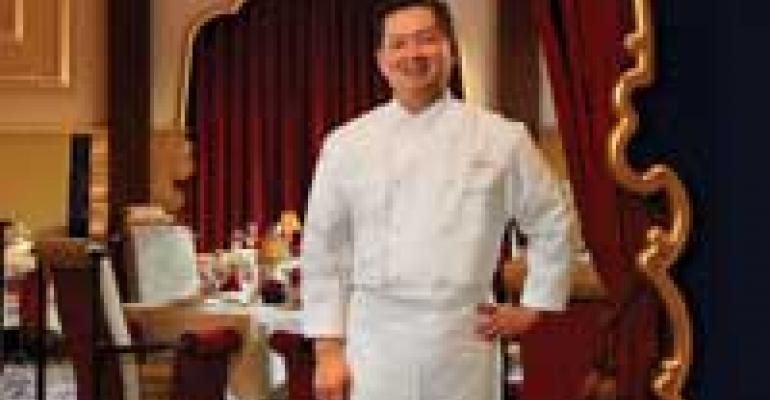 There wasn’t much of a buzz earlier this fall when Michelin released the third edition of its New York City restaurant rankings and the second edition of its San Francisco guide. Minor tweaks were made, to be sure; otherwise, why buy a new guide? But overall, the list of honorees remained much the same in each city. Michelin alerts chefs beforehand if it is going to demote their restaurant, making the last few days prior to each guide’s release date a nervous time for those who already hold stars. Only a couple of restaurants in either city suffered that fate this time around.

But the buzz is enormous when the Michelin Guide first rolls into town. A restaurant’s reputation is made, confirmed or perhaps severely wounded as soon as the rankings come out.

No one really knows whether members of the dining public give more weight to the rankings in the Michelin Guide, compiled by full-time, professional inspectors who pay multiple visits to each operation, than to those of the Zagat Survey, whose more democratic method relies on submissions by self-appointed amateurs. But we can say that the chefs and operators who received stars in Los Angeles and Las Vegas seem to be turning cartwheels over their new status.

“I had never thought Michelin would be coming to L.A.,” Melisse chef-owner Josiah Citrin, the recipient of two stars, told the Los Angeles Times. “This isn’t just L.A. two stars; this is two stars across the world. Americans might not know how hard it is to have even one star and how few there are…. And who knows? Maybe this will raise the bar in Los Angeles.”

It will raise the bottom line at Melisse. Here’s how David Kinch, chef at Manresa in Los Gatos in Northern California, which received its initial two stars last year, describes the effect:

“It was one of the single greatest factors in affecting our business and the demographic of our clientele. It changed everything. It’s been amazing, with visitors coming from all over the world. All of a sudden we have become part of the trail.”

And a high ranking should also help keep the employees of restaurants who hold them on their toes, too. “My staff certainly is motivated to do even a better job,” Spago (two stars in the new L.A. guide) chef Lee Hefter told the Times. “I think naturally we’re expected to perform at an even higher level.”

Los Angeles-area chefs and restaurateurs had been apprehensive about how Michelin would rank restaurants in their town, where the casual approach rules and few, if any, restaurants aspire to provide a full-blown three-star dining experience. And indeed, the new 2008 Los Angeles Michelin Guide did not award three stars to any of the city’s restaurants.

However, out of the 263 restaurants its inspectors visited, three earned a two-star ranking and 15 earned a single star.

The apprehension was different in Las Vegas. A number of high-profile chefs have been brought there to elevate the culinary profile of casino and/or hotel properties, being paid handsomely to do so. Many were already holders of Michelin stars at their flagship operations back home. How would their Las Vegas operations stack up to what Michelin assures us are uniform standards of star-worthiness?

Judging from the results of the 2008 Las Vegas Michelin Guide, most of these heavy hitters delivered.

In all, Michelin inspectors put 127 restaurants under the microscope before coming up with their short list of winners. Vegas hotel impresario Steve Wynn thinks it’s a big deal for the town. "No one would have thought it was possible,” he told the Las Vegas Review-Journal. “Michelin was always about the French and Switzerland, snotty places like that. But here we are with 16 restaurants in the Michelin Guide."

So what about other towns? Chicago is rumored as the next Michelin Guide target, but the company is keeping mum about its U.S. plans for the moment. Who knows? Maybe their anonymous inspectors are at work there already. Potential star recipients can only hope.

Nation’s Restaurant News, Restaurant Hospitality: More connected to our audience than ever before
Nov 11, 2020