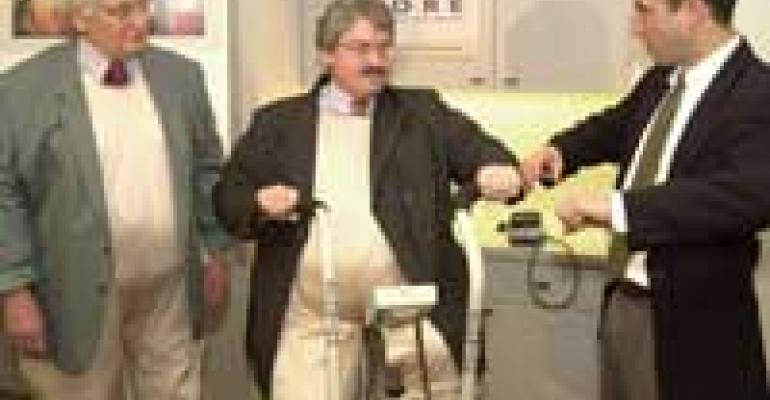 Operator Re-Up For The Obesity Wars

Nutritional activists are probably still amazed by how rapidly their campaign to eliminate trans fats from restaurant food came to fruition. Just last December, New York City was the first jurisdiction to put such a regulation in place. Today, less than 10 months later, just about every large chain in the industry has capitulated. Independents and full-service restaurants have quickly followed suit and, while pockets of trans-fat users may still exist in a few market niches, the restaurant industry has basically done a 180 degree turn on trans fats in just under a year.

But the same New York City regulation that put a hit on trans fats placed a second burden on chain fast food restaurants in NYC. It decreed that restaurants that already gave out nutritional information in other formats (i. e., websites, tray liners, food wrappers) had to post calorie counts on their menus or on their menu boards. too. The idea is that with caloric information readily available, restaurant patrons will make wiser food choices and obesity rates will decline.

Perhaps they might, but U.S. District Judge Richard J. Holwell wasn’t buying this aspect of the new rule. Early this week he struck down the provision, saying that it conflicted with federal regulations. The New York State Restaurant Association had filed a civil suit seeking to overturn the measure, claiming the rule violated its operator-members First Amendment rights. Holwell’s ruling didn’t address those claims, citing the conflict instead.

So it’s a break for restaurants, but it may be short-lived. Frieden thinks the rule lost on a technicality, and that it can be tweaked in a way that will allow it to earn the court’s approval. He’s told city attorneys to rework the regulation’s language and ppeal the case. Here’s the key: City attorneys are salaried employees who don’t charge by the hour, not partners of private firms who generate massive bills when they continue legal work on behalf of their clients. The New York City Law Department has 690 attorneys and 850 legal support personnel, and it’s their job to do the bidding of people like Frieden. The industry hasn’t heard the last of this fight.

But in the meantime, it looks good.

“This decision highlights some of the flaws in the New York City Board of Health’s regulation, which would have attempted to punish the very restaurants that are already providing accurate and comprehensive nutrition information to customers in convenient ways, both in the restaurant and on the Web,” said Peter Kilgore, acting interim president and c.e.o. of the National Restaurant Association. “We hope this decision will slow a rush to regulate, and will send a message to regulators and legislators that there must be more thought given to pursuing this complex issue.”

That rush to get a handle on obesity issues is going fastest in Los Angeles. But the city council there wants to go a lot further than banning trans fats and mandating nutritional labeling on menus.

This bill is seen as an early indicator of a movement that seeks to combine health policy and environmental policy with land-use planning, all in order to encourage healthier eating habits. Fast food restaurants are already banned or limited in a handful of localities around the country: Berkeley, Arcata and Calistoga, CA; Port Jefferson, NY; and Concord, MS. But David Gay, L. A.’s head city planner, pointed out to the Associated Press that these existing bans “are primarily tied to aesthetics or to the protection of smaller businesses, rather than to health concerns.”

Would this so-called “health zoning” really help put an end to obesity? Right now, that’s unknown, especially because obesity may be something you catch from other people.

That was the finding of a study conducted by researchers from Louisiana State University. Their work isolated an infection known as human adenovirus-36 that has the ability to transform adult stem cells obtained from fat tissue into fat cells. They also identified a gene in the virus that is involved in the obesity-promoting effect.

“We are not saying that a virus is the only cause of obesity but this study provides stronger evidence that some obesity cases may involve viral infections,” says lead researcher Dr. Magdalena Pascaria.

Which means that someday soon there could be a vaccine or antiviral drug that people could take to fight obesity. Let’s hope the nutritional police put as much money and effort into this aspect of the obesity war as they do harassing restaurants.