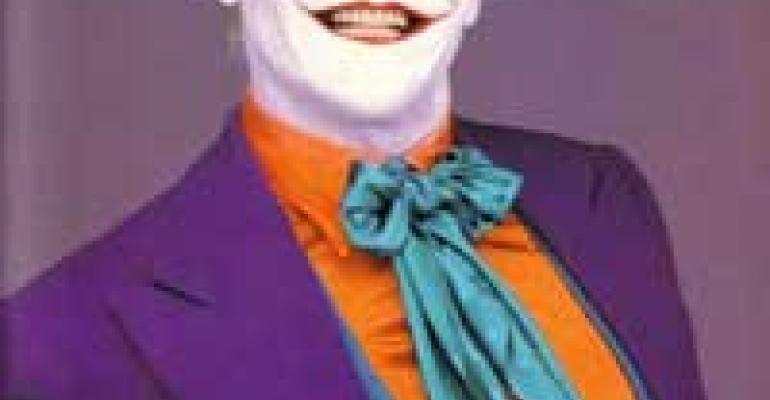 THE CARE AND FEEDING OF MILLENIALS

The People Report tracks restaurant employment trends for more than 100 companies whose brands collectively encompass more than 13,000 units representing every foodservice segment. Its latest report, for the 3rdquarter of 2007, confirms what you probably already know: The restaurant industry continues to experience employment expansion but struggles to fill the available openings. “Continued stabilization of hourly and management turnover in the months ahead will be critical to address the staffing problems which currently plague the industry,” the People Report concludes.

Which is where the Millenials—roughly people in their very late teens or very early twenties—come in. They’re the ones who will be coming into your restaurant to apply for those hourly jobs, and their life experiences have been different from the generations that preceded them. If you want to get and keep the best employees, you’re going to have to understand where they’re coming from.

What do we mean by “different” life experiences? For that we turn to the Beloit College “Mindset List” for the class of 2011. Two professors compile it so that their peers will be better able to relate to the school’s current crop of freshman. The list underlines that not only does time march on; so do culture and circumstance.

For the current crop of college freshmen, born in 1989 and mainstream Millenials, here are some things to consider when you wonder what’s going on in their heads:

Management consulting firm Deloitte Touche produced a study on Millenials and found plenty to like.

They come to you not only with new ideas, but with new strengths. Relative to other generations, Millenials are digital-savvy, stay connected 24/7, are self-confident and independent and are lifestyle-centered and service-oriented, Deloitte says. On the job, they work well with friends and on teams, are comfortable with speed and change, seek to make a difference, value guidance and expect respect from others.

But you don’t want to tell them, “Just do it,” Deloitte advises. Instead of directing them to perform a task because “I said so” or “That’s the way we’ve always done it around here” or “You’ve got to pay your dues,” you’ll get better results if you say “Do it this way because it makes sense.”

Gee, does this mean you have to pay them and worry about their feelings? You may not have a choice because, at 75 million people, the Millenials are the largest generation after the Baby Boomers (80 million). Generation X, in contrast, encompasses only 40 million people. Like it or not, this is how the applicant pool now and well into the future thinks and behaves.

About that advocacy. The term “helicopter parents” refers primarily to baby boomer parents who pay extremely close attention to their Millennial children, even after those children have grown into early adulthood and left the nest. Parental activities include going so far as pestering their children’s college professors about grades or, in the business world, interceding with a company’s HR department to get a raise, a relocation allowance or some other benefit for their kid. In the restaurant world, it means managers can look forward to getting phone calls about shifts, job duties, compensation and time off from the parents of their Millennial generation employees. How you deal with this phenomenon is up to you; just be aware that it’s on the way, and that, instead of being mortified when a parent calls their place of work, some of your Millennial employees think that’s the way the world is supposed to work.

A bigger issue that may come up with some of your Millennial hires relates to their technological fluency. As children of the digital age, multitasking is second nature to them; it’s how life is lived. But a restaurant job requires what we might call single-tasking—what was known in previous generations as giving your undivided attention to or being focused on your job. Your Millennial employees can adapt to this reality quickly, but you may have to give them some ground rules on their first day at work:

“No, you can’t listen to your iPod while you work in the front or back of the house. No, you can’t text message your friends while you’re working in this restaurant. No, your parents can’t call me about this job—everything about it happens between me and you.”

Sound extreme? The Deloitte Consulting study concludes that Millenials relate best to those who tell it like it is and can handle brutal honesty. We say, give it to them...keeping in mind that it will cost you $2,400 per head to replace them if they don’t get the message.

“Although they are better educated, more techno-savvy and quicker to adapt than those who have come before them,” writes author Eric Chester about the Millenials, “they refuse to blindly conform to traditional standards and time-honored institutions. Instead, they boldly ask, ’Why?’” We hope you’ve got an answer for them when they do.