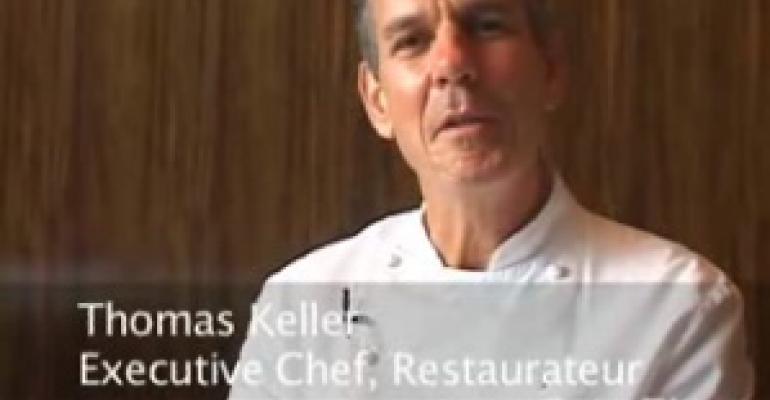 READY FOR YOUR CLOSE-UP

They’re known variously as “previews” or “trailers,” and Hollywood filmmakers have grasped their inherent marketing power for decades. It’s simple: give a potential customer a fast-paced snippet of the full-length movie experience and that person will often be transformed into a paying customer who can’t wait to see the movie or buy the DVD. Crafting these trailers has long been an art in and of itself, and they are a critical component of any film’s success. That’s why movie companies make theater patrons sit through a series of trailers before the feature presentation kicks in, and that’s why they program DVDs so that home viewers are forced to watch a bunch of previews before being allowed to see the movie they own.

It’s an unbeatable marketing tool. So it’s not surprising that someone has finally put two and two together and figured out a way to give diners a sneak preview of a potential restaurant experience, doing so via the Internet. The proliferation of high-speed broadband connections makes it possible, and the rise of video-mania courtesy of YouTube has created a vast audience of potential diners who regularly view videos on their computers. Cutting-edge stuff a couple of years ago, it’s a mainstream practice today.

All that’s needed is content, and that’s what Savory Cities Restaurant Guides are providing. Their web site (www.savorycities.com) is broken down by individual cities, and they’ve posted listings from New York, San Francisco and Chicago so far.

Most of the information on these three sites is similar to what you can get from other printed or online restaurant guides (i. e., comprehensive written material complete with menus, links to reviews from a wide variety of sources, commentary by previous patrons and other pertinent details). But that’s not what make the Savory Cities approach special. Embedded in many of its pages is a video player. Click on it and the viewer watches a custom-made streaming video that shows the restaurant’s interior, its kitchen, its bar and a number of dishes being made and assembled by the kitchen crew. Visually, potential diners get to see more than if they were to actually eat there.

But it’s the voiceovers that accompany the videos that really seal the deal. In them, each restaurant’s chef describes his or her vision for the operation, what the food is like and what the overall vibe of the place might be. Outside of eating there yourself, taking copious notes, interviewing the chef and taking a tour of the kitchen, you simply can’t know more about a restaurant that you can learn from these short videos, which generally run about two or three minutes in length. Rare footage, indeed.

It’s a genius idea in our book, particularly because of the early buy-in from most of the high-profile restaurants in New York City, Savory Cities’ original market. The husband-and-wife team who run the website, Jennifer Usdan McBride and Chris McBride, both have TV and internet backgrounds. They’ve already shown an admirable ability to get chefs to cooperate with them, providing full access to their restaurants and agreeing to narrate the finished video clip.

Interestingly, the New York list of about 100 restaurants includes many chefs who ordinarily make it a point to stay out of the media spotlight. That site launched in the spring of 2006. The San Francisco and Chicago sites, which came later, have significantly fewer videos than New York so far, but more are promised soon. Eventually, the McBrides hope to syndicate their content into many other platforms.

And how much does it cost the restaurant to have someone come in and produce a two-minute or so commercial, and then handle the distribution of it? Nothing. If you do business in a city where Savory Cities has a site, we’d suggest contacting them to get on board. If you don’t, check out a few of the streaming videos posted on the Savory Cities site to see how they do it. Maybe you could do something similar on your restaurant’s website—and after one look at the selling tools these short videos can be, we think you’re going to want to.