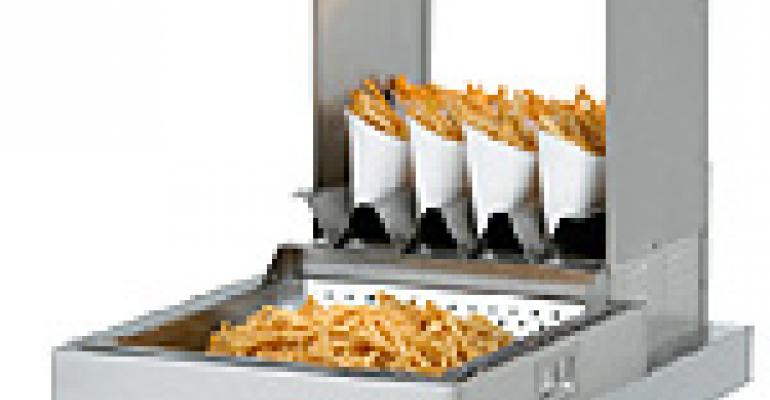 Big restaurant corporations move cautiously whenever they make changes to their menus. They tinker with new ideas and products in-house for months or even years, then run them past consumer focus groups for additional feedback, eventually introducing them in a handful of test markets to see how they work in day-to-day operations. Only when items and ingredients have passed these tests will company executives give the OK to implement any changes systemwide. If you have hundreds of restaurants and you’re making an ingredient change that will affect the taste, texture, smell and mouth-feel of perhaps dozens of your menu times, you want to tread very, very carefully.

Even so, look at Denny’s, Red Lobster, Olive Garden, Wendy’s, Chili’s and Au Bon Pain. Chains are getting rid of, or at least cutting way back on, trans fat at what seems like mind-bending pace. Hotel operator like Loews are following suit. Few companies want to wait around until rule makers and legislators mandate the change for them.

Why? "It just makes sense and it’s the right time to go that way," says Christina Findley, F&B director at the Loews Vanderbilt in Nashville says. "There’s really not a reason to have ’trans fats’ anymore. They were developed to make food more shelf-stable, but with modern distribution, it’s less of a concern."

What does concern operators is the performance of zero-trans fat (ZTF) products, particularly frying oil. While their announcement came suddenly, the people at Darden Restaurants, for example, had to be convinced that any new oil would perform equally well in all 1,267 of its Red Lobster and Olive Garden North American units before making a switch. "We have been testing for more than 18 months in restaurants all around the country with a variety of different frying oils," Darden director of communications Deborah Robinson told the Orlando Sentinel. "In the first phase of testing, we found some oils just didn’t produce the flavors we expected. When you’re making a wholesale change, this is not a slam dunk when you just substitute an oil." In the end, the company opted for a ZTF canola oil product.

Foodservice manufacturers, who saw this coming but are perhaps surprised at how rapidly it took hold, have been quick to respond to operator concerns. Big companies like General Mills, Sara Lee, ConAgra and others now provide viable options for many products, including alternative frying oils. But perhaps the biggest news to date has come from potato processing giant McCain Foods. More than 50 products currently sold in the foodservice sector by McCain are now available with zero grams trans fat and all of the company’s foodservice French fry and potato products will be zero grams trans fat in 12 months. The company took out a full-page ad in a recent Sunday edition of the New York Times to herald its commitment to zero trans fat products.

Fellow French fry giant Lamb Weston was ahead of the game, too. It now offers several lines of no trans fat products.

Why is this a big deal? One problem operators faced in offering zero trans fat French fries-let’s face it, French fries are the No. 1 target of the ZTF movement-was that doing so gave them a double-barreled challenge. Changing a restaurant’s deep frying oil to a zero trans fat option was one step that had to be taken. But French fries purchased from foodservice manufacturers are par-fried at the factory level using oil that, until lately, contained trans fats. The steps taken by McCain and others solves the second part of the equation.

It’s certainly a big deal to operators in New York City, because that’s where the country’s first ban on trans fat will take effect soon. Actually, the ban is already in effect, but enforcement hasn’t started yet.

It will in July, 2007. Penalties are expected to range from $200 to $2,000 per offense. City officials have promised its inspectors will give restaurants a three-month grace period-i. e., restaurants will be inspected and offenders will be written up, but they will be allowed time to come into compliance and avoid fines. After the grace period, justice will be swift.

And expensive. New York City health inspectors are famous for their...how shall we put this...vigorous enforcement of the city’s laws. Roughly 20 percent of New York City restaurants fail their annual health inspections, with recent flunkees including legendary operations like Brooklyn steakhouse Peter Luger’s and the Carnegie Deli, as well as such temples of gastronomy as David Bouley’s Bouley and Daniel Boulud’s Daniel. New York City restaurants paid $37.6 million in health violation fines over the past two years and, no, we didn’t misplace the decimal point on that amount.

So this is a good problem to be ahead of, particularly because other jurisdictions, including Connecticut and Massachusetts, may soon enact similar ZTF bans. But if you really wanted to be on the forefront of the zero trans fat movement, you would already be holding canola futures contracts you had purchased on the Winnipeg Commodity Exchange. Each contract gives you control over 20 metric tons of Canada’s estimated 9.1 million metric ton canola crop. Canola oil looks to be a likely alternative to trans fat-laden vegetable oils, for a number of health-related reasons.

"The popularity of canola oil is rising fast in the United States, probably because it’s been discovered to be lower in saturated fat (about 6 percent) than any other oil. This compares to the saturated fat content of peanut oil (about 18 percent) and palm oil (at an incredibly high 79 percent). Another canola oil selling point is that it contains more cholesterol-balancing monounsaturated fat than any oil except olive oil. It also has the distinction of containing Omega-3 fatty acids, the wonder polyunsaturated fat reputed to not only lower both cholesterol and triglycerides, but to contribute to brain growth and development as well. The bland-tasting canola oil is suitable both for cooking and for salad dressings."

You can’t beat canola oil nutritionally, but anecdotal evidence from operators who’ve switched to it points to a couple of issues. In the early going, some operators say they find that while canola oil may cost about the same as their previous frying oil, it doesn’t last as long as those other oils, leading to a higher net cost. Wendy’s, on the other hand, switched systemwide to canola oil and said its experience was that it cost a bit more but less of it is used in cooking. Other operators cite taste, smell and texture issues in the finished product.

The lesson here: all canola oil is not created equally. Nonetheless, you can expect canola oil to be the prime alternative oil that gains market share in foodservice as the no trans fat movement takes hold.

So where does it come from? Canola is derived from the rapeseed plant, fields of which blanket the horizon in the Canadian provinces of Alberta, Saskatchewan and Manitoba. A small crop is grown in North Dakota, but Canada is far and away the major producer. Don’t confuse canola oil with rapeseed oil, which contains a high concentration of erucic acid (large doses of which cause cancer in humans) and also plenty of compounds called glucosinolates, which makes it taste bad. The canola variety of the rapeseed plant contains sharply lower amounts of both erucic acids and glucosinolates, hence the term "Canola," which stands for "Canadian Oil Low Acid." Red Lobster, Olive Garden, KFC Canada and Taco Bell are among the restaurant operators that now use canola oil.

One thing, though. Roughly three-quarters of the canola grown in Canada comes from genetically modified varieties, developed to be herbicide-resistant. Anti-GM food proponents, although not as powerful or numerous as the no-trans-fat crowd, are nevertheless on the nutritional warpath. If they are as effective as the ZTF crusaders, look out.