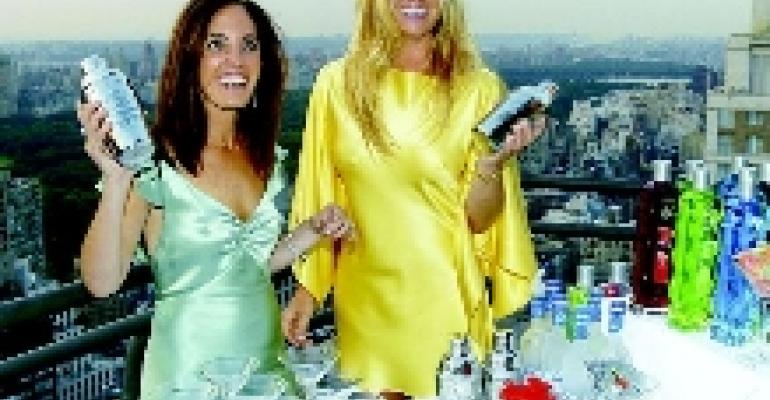 I 've almost stopped ordering cocktails in restaurants, especially a trendy drink like a Cosmopolitan or a Sake-Tini, neither of which I would ever be caught dead drinking. The problem is not that I ask for some exotic cocktail I discovered in a rowdy bar in Singapore that no bartender in the U.S. ever heard of. Indeed, I am pretty old-fashioned, ordering either a daiquiri or Campari and soda with a twist of lemon.

The fact is, the majority of the thousands of cocktails in any of a series of recent books on the subject are composed of no more than two or three ingredients, and a daiquiri—the way it's supposed to be made—is nothing more than rum, sugar, and lime juice, which for reasons that bewilder and depress me seems impossible for most bartenders to comprehend.

Nine out of ten times I'm told, usually by the waiter, that "Oh, we don't have one of those slush machines," to which I answer I don't want a slush drink, I want my daiquiri straight up. What I usually get is a watery beverage made from bottled lime juice, cheap white rum and liquid sweetener, sometimes with the addition of a substance that makes it look foamy.

So, when I have the stamina, I have thereupon to tell the waiter or bartender, sounding more like Jack Nicholson than James Bond, "Listen, I want a daiquiri, made with freshly squeezed lime, an amber rum like Mount Gay and a teaspoon of sugar, shaken, very cold, got it? Then pour it into a nice thin martini glass and garnish it with a wedge of lime, OK?" Sometimes I get something vaguely resembling what I ordered, though usually the components are wholly out of balance.

The problem is not with me but with untrained bartenders who only know how to make the six most popular cocktails of the moment (four mojitos for Table Six!), usually one of 400 variants of the martini, to which the resulting drink bears no resemblance whatsoever. You shouldn't have to order a dry martini and be asked what flavor you like. You shouldn't even have to specify gin.

Once upon a time, bartenders took their jobs very seriously, working with awesome aplomb to make a cocktail exactly the way a customer wanted it. One of the few who still does is Dale DeGroff, who started off working in an ad agency in 1969 but who soon became enthralled with the craft of the professional bartender. He was tapped by the late Joe Baum to recreate a classic New York bar at The Rainbow Room. Today DeGroff gives beverage consulting and bar training seminars to spirits manufacturers and leading restaurants. His book The Craft of The Cocktail won an IACP Julia Child Book Award. He is also president and one of the founders of The Museum of the American Cocktail, a nonprofit organization dedicated to providing education in mixology and preserving the rich history of the American Cocktail.

Which, in a word, makes him unique. What other bartender do you know with his kind of dedication and knowledge? These days bartenders pour more beer and shots and whiz more frozen margaritas than anything else. They are not pros, just somebody making bucks and listening to the world's worries. They are more likely to emulate Tom Cruise in the movie "Cocktail" than the master mixologists of places like '21' Club, El Morocco and The Stork Club.

Of course, the bar owners don't make things any easier. They force their bartenders to use cheap bottled juices and those bar hoses that give every squirt of seltzer, Coca-Cola, tonic water and 7-Up the same taste. The glassware is often cheap, the garnishes come out of a bottle, and they are encouraged to put more crushed ice into a drink than booze.

The days of Trader Vic Bergeron are gone, though some of his restaurants remain. The best working bartender I know is at The Hemingway Bar at the Ritz in Paris—Colin Peter Field, who wrote a lovely book called The Cocktails of the Ritz Paris, in which he discusses at length everything from seasonal garnishes and essences to the whole psychology of making a cocktail. Each time he asks himself, "Who is the person I am making this cocktail for?" "What are they celebrating?" "What's their objective in having this cocktail?" And, "What's my objective as the creator of this cocktail?"

These days, it seems to me, the only thing a bartender asks is, "What kind of tipper is this guy in front of me?"