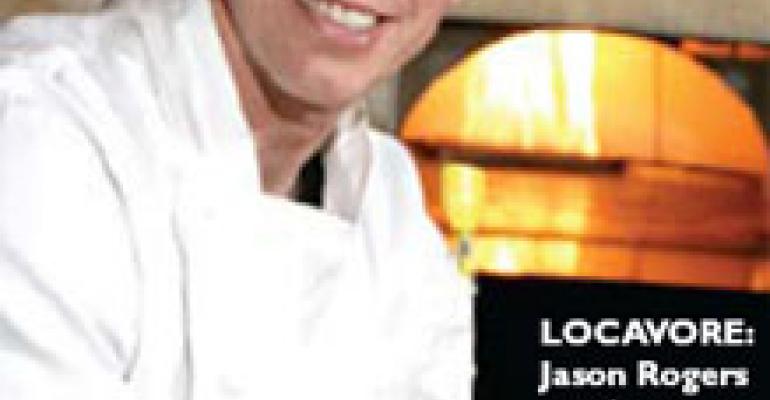 Going for the Green

It’s no longer a question as to whether there is a trend toward “green” restaurants, sustainably raised local ingredients and the like. The discussion among many operators has moved on to how best to leverage this trend to maximize incremental revenue. Two Colorado-based operations, one at the high end, the other squarely in the middle of the fast-casual segment, demonstrate how going green might work for you.

In Boulder, CO, it’s the Zero Carbon Footprint Wine Dinner. The March 20th event—yes, that’s Earth Day 2008—features a five-course extravaganza that will be prepared by executive chef Jason Rogers and served in Jill’s Restaurant inside the St. Julien Hotel & Spa. The menu consists of certified organic and sustainable produce and proteins sourced from within a 100-mile radius of the hotel, all of it paired with biodynamic wines supplied by the Benziger Family Winery. The hotel will also acquire the necessary carbon credits to offset the carbon footprint created by transporting all ingredients to the hotel and also the travel of its guests.

“The Zero Carbon Footprint Wine Dinner represents the next level of environmentally responsible living and dining,” chef Rogers says. “People are increasingly conscious of the carbon footprint created by airline and automobile travel, but are less likely to consider the carbon footprint created by the food they eat. Our aim with this dinner is to celebrate the availability and variety of seasonal produce here in the Boulder area, introduce guests to the concept of biodynamic wine and enjoy a completely carbon-neutral dining experience.”

There’s not much of a harvest to celebrate in mid-March in mile-high-plus Boulder, but Rogers is up for the challenge. Seventy- five guests are expected for the dinner, which is priced at $100 per plate. The St. Julien plans to implement elements of the Zero Carbon Footprint Wine Dinner into future plans for Jill’s Restaurant.

Fast casual giant Chipotle is taking a different tack, but one that still delivers massive green street cred to its restaurants. The Denver-based company, now up to 670 restaurants, announced in advance that it will serve 52 million pounds of naturally raised meat in 2008, a 40 percent boost over 2007. That translates into 200 million meals made from what the chain describes as “naturally, humanely raised animals fed a vegetarian diet and not given antibiotics, added hormones or growth stimulants.”

The result: green bragging rights in the market segment. “We are changing how the world thinks about and eats fast food,” says founder/c.e.o. Steve Ells. “There was a time when only the most demanding chefs were using this superior quality meat at the most expensive restaurants, but now we’re committed to making it available and affordable so everyone can eat better.” He notes that Chipotle has a higher food cost, expressed as a percentage of sales, than almost any other restaurant, regardless of category. When you have the head of a publicly traded restaurant company citing its high food costs as a key factor in its success, you know the world has changed.

“We are educating our customers about the tastes and benefits of eating fresh, naturally raised foods,” Ells says. “And the more they come to appreciate these better foods, the more they are going to want them from others.”