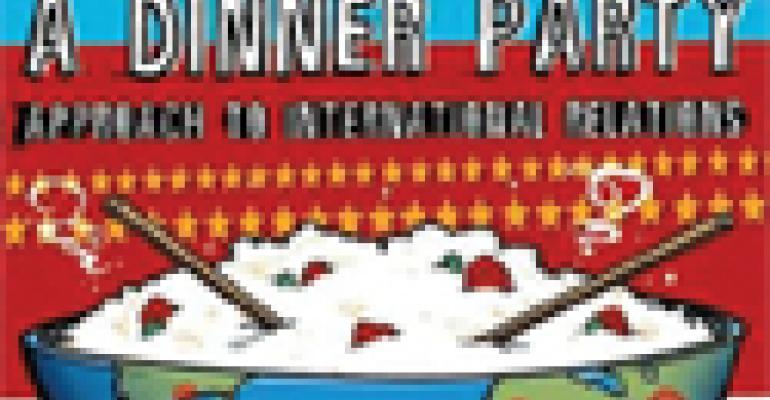 Cuisines of the Axis of Evil

Before passing on recipes that originate in some of the least-visited parts of the world, Fair dissects each country's geopolitical past and present as only an experienced and well-traveled foreign affairs think tank analyst — that's her day job — can do. The result is a book that probably contains more facts you didn't know than any other food book you've ever picked up. That Fair is a witty writer with attitude and a skilled explainer of world affairs makes her book as entertaining as it is useful. So what are they cooking in North Korean, Iran, Iraq and seven other rogue countries around the globe? And why is it that some of these nations have millions of malnourished citizens even though they have plenty of resources, agricultural and otherwise? The answers are in here, along with dozens of ethnic recipes you might not find elsewhere. Our verdict on this clever and informative book: an unlikely gem.