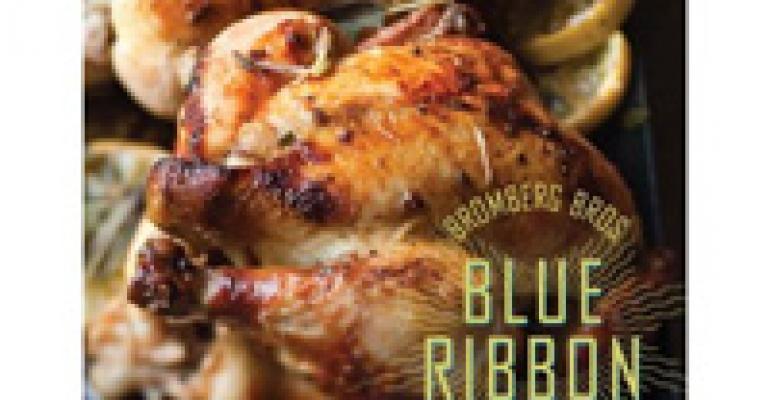 Where Batali and Boulud Hang Out, And Why

The chefs who run the restaurant industry’s premier late-night dining spot—the Bromberg brothers, proprietors of New York City’s beloved Blue Ribbon—are spilling the beans about what makes their place so popular. If you can’t find at least a dozen recipes in their new cookbook that would work on your menu, you’re just not trying.

Beginning in the early 1990s, chefs Bruce Bromberg and Eric Bromberg have attracted the brightest stars in the New York City culinary world to their Blue Ribbon restaurant. Their business model is simple: operate a real restaurant that’s open from 4 p.m to 4 a.m. That’s why the Blue Ribbon has become a permanent destination for cooks, waiters, bartenders and other knowledgeable restaurant industry workers in search of an after-work clubhouse where they can always find good, and interesting, food.

And that’s just one part of the Blue Ribbon’s clientele. Most of it comes from outside the culinary world, and it’s a fan base that has become so sizable that the Brombergs have been able to expand their restaurant portfolio to its current nine locations—each with a unique menu—with No. 10 on the way. Much of the food that’s enabled their success is on display in Bromberg Bros. Blue Ribbon Cookbook (Clarkson Potter, $35). The book bears the subtitle “Better Home Cooking,” which it definitely could provide, but that’s seriously underselling the content. Most of the recipes are restaurant dishes the Brombergs have carefully honed over their 18 years at Blue Ribbon. The contents cover a wide swath of the culinary world. There are many strengths, particularly in the elevated French country comfort food the big-shot chefs so love. But other aspects are just as good.

Consider the current restaurant world fascination with sandwiches. Blue Ribbon has you covered. “Part of what we try to do is to perfect the ordinary diner food that we grew up on,” the brothers say. “Sometimes it involves reworking entire recipes, but sometimes it’s just a matter of using the very best ingredients and treating them carefully.” Check out what the brothers do with their “Blue Reuben” or “Duck Club Sandwich” to see what they mean.

The book covers the full spectrum of restaurant dayparts, including breakfast and brunch, and all sections of the menu. Particularly strong is the chapter titled “Nibbles, Snacks and Toasts.” It contains what the Brombergs describe as “little treats we ate with gusto in the kitchen for ages before we realized that they were something that ought to be placed on the menu.” The seasonings and sauces detailed in the “Building Blocks” chapter are strong, too.

Perhaps the best part of these recipes is that they have been honed to perfection in busy restaurant settings for a demanding crowd. Separate from their food world ventures, the Brombergs work as consultants, dealing with the culinary and business aspects of restaurant operations of others. The advice they’re giving you here would cost a bundle if you were to hire them to come to your place and provide it. But it’s a screaming bargain when you buy the book. Which is why we recommend it so highly.