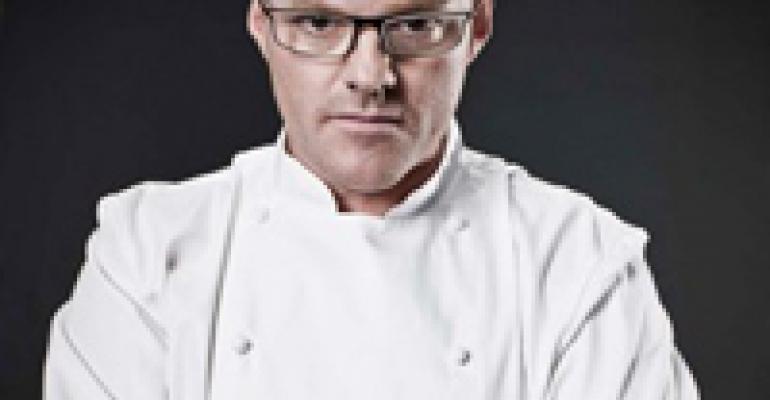 Trouble at the Top of the Food Chain

Earlier this week, the U.S. Food and Drug Administration (FDA) put out a call for a salmonella test that works faster than the current one, which takes an agonizing couple of weeks to identify an outbreak. The new time target: a three-day turnaround. The chef hoping they find one real fast is Heston Blumenthal, the culinary alchemist who runs three-Michelin-starred Fat Duck in Bray, England, recently ranked as the single best restaurant in the world. He had to close for two full weeks—just as his new television series hits the airwaves in Great Britain—due to a food-related health puzzle British experts still haven’t solved.

The self-taught Blumenthal, often dubbed the “prince of molecular gastronomy,” opened The Fat Duck in 1995 and received his third Michelin star in 2004. In 2005, a panel of 600 international food critics, journalists and chefs assembled by Britain’s Restaurant magazine proclaimed The Fat Duck the “Best Restaurant in the World.” It’s a must-go destination for food tourists from around the world, who flock there to sample both Blumenthal’s greatest hits (Bacon and Scrambled Egg Ice Cream; Snail Porridge) and the latest creations from his on-site food lab. Along with Ferran Adria’s El Bulli in Spain, this restaurant sits at the pinnacle of the world’s culinary pecking order.

Or it did before more than what now numbers more than 400 guests began reporting back in late January that they had become ill soon after eating at The Fat Duck. As the scope of the problem became clear, Blumenthal voluntarily closed his restaurant in late February and called in Britain’s Health Protection Agency to investigate. Two weeks of testing, however, produced inconclusive results. Blumenthal finally reopened The Fat Duck yesterday, even though health officials say their investigation is “ongoing.”

Blumenthal went crazy trying to figure out what happened, even suggesting that sabotage might have come into play. Restaurant sabotage? “It would be devastating, scary,” he admitted. But “once we have explored the obvious avenues, you look further afield and get more unusual origins of a problem.” Other unexplored possibilities, he said, included infected seafood or a virus-carrying employee or customer. “Testing for a virus is like looking for a needle in a haystack,” Blumenthal concludes.

Meanwhile, estimates are that his booked-months-ahead restaurant lost revenue at the rate of $140,000 per week because of the closure. Blumenthal also has to figure out how to make good on the cancelled reservations of the 500 or so guests who missed out on their highly prized chance to savor one of The Fat Duck’s $200-a-head meals. He has promised to make it up to these customers, but it won’t be cheap or easy.

The incident may also deal a severe blow to Blumenthal’s reputation, even though he may have done nothing to deserve it. We’ll know more about that if the Health Protection Agency is ever able to pin down the cause of the outbreak.

Food safety public relations experts typically suggest keeping a low profile until a crisis situation is resolved. Unfortunately for Blumenthal, he couldn’t. In fact, he was squarely in the public eye as the incident wound down, thanks to the airing this week of Heston’s Medieval Feast, part of a new four-episode series that appears on Britain’s Channel 4. In it, Blumenthal uses his culinary skills to produce menus from a bygone age and give them a contemporary twist. As one British TV writer put it, “After the recent sickness outbreak at his Fat Duck restaurant, this probably isn’t the best time for Heston Blumenthal to recreate the gastronomic magic of an era that’s famous, primarily, for the Black Death.”

Indeed. But it’s cold comfort to know that the resolution of foodborne illness outbreaks moves as slowly in the U.K. as it does in the U.S., even when confined to a single restaurant where impeccable food-handling and food-sourcing standards are the default standard. Which is part of the reason why FDA has put out a request for other agencies in the U.S. government for help in developing new testing methods. FDA is reaching out to the Pentagon (expertise with beyond-the-cutting-edge hi-tech gear), Homeland Security (bioterrorism know-how), the Agriculture Department (also deals with salmonella outbreaks) and the Centers for Disease Control and Prevention (ditto). The idea is to ultimately wind up with a portable salmonella detection device inspectors could take into the field and get an answer in a couple of hours.

“FDA isn’t out to design some sort of ‘Star Trek’ gizmo,” says FDA assistant commissioner for food safety Dr. David Acheson. “We’re looking for something that can save us 12 hours here, 12 hour there. If we can shave it to five days, that would be a step forward.”

FDA has also put out a call to private companies and academic researchers to submit any salmonella test advancements they may be working on. The agency’s urgency stems from such recent slowly unfolding food safety events as 2008’s tomato scare (which turned out to involve peppers, not tomatoes) and this year’s peanut butter debacle.

Any new salmonella detection device can’t come soon enough for Blumenthal. But as unfortunate as the situation is for him, someone of his talent and stature is going to survive both financially and reputation-wise in the long run. But if a food safety problem of similar degree were to occur in the restaurant of almost any other chef/operator, it could spell doom. This case is just another warning that scrupulous attention to food safety principles and HACCP practices are a never-ending mandate, because foodborne illnesses can happen in any kitchen. Even one like Heston Blumenthal’s.
Recommended Reading