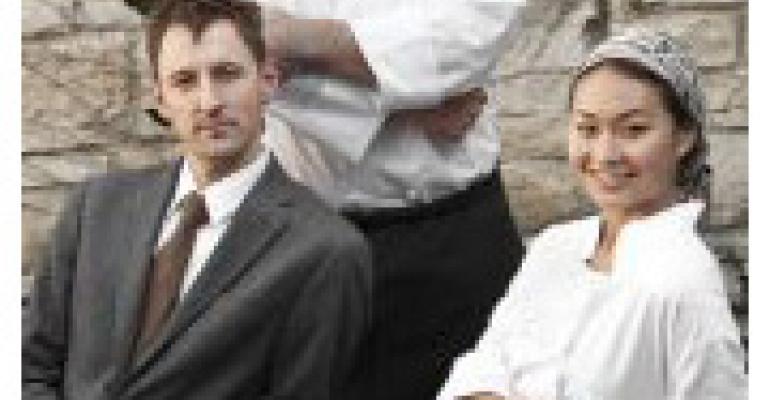 Dale Levitski, a runner-up from the third season of “Top Chef,” impetuously took over a new restaurant in Chicago last week. It wasn’t exactly the lavish place he envisioned; instead, he’s calling the shots at Sprout, a 50-seat French-American Bistro that opened in Lincoln Park a month earlier. Sprout has already stumbled in its early life, but Levitski might have the power to get it on track.

The first hurdle is the $60 three-course menu, which leaves virtually everything to the imagination. For example, here’s how first-course options are listed: Foie Gras. Rabbit. Octopus. Scallop. Licorice. Bitters. Let’s say you choose Scallop. It’s described this way: Corn • Parsnip • Sage • Peanut. Can’t wait to dig into that, huh?

Gee, any wonder why the first two chefs lasted a month?

Second is the space, which Levitski admits “doesn’t meet my expectations.” “Ideally, we would close and remodel, but that’s not an option. So this will be a work in progress.”

Levitski plans to blog about the makeover, from colors and fabrics to fixtures and artwork. And he’s inviting the public to put in their two cents’ via the blog, Facebook, Twitter and comment cards at the restaurant.

“People know what they like and they want to be heard, so why not tap into that energy?” he reasons. “We’re creating a restaurant through a truly collaborative effort. We want our guests to be emotionally connected.”

At Sprout, he wants to bring back some of his signature dishes—such as seared scallops with parsnip puree, sautéed parsnips, peanuts and popcorn. He will get help from sous chef Sara Nguyen, a fellow “Top Chef” alum.

Levitski had spent about a year working on Town & Country, his $4-million dream project, but the ailing economy burst that bubble. Before “Top Chef,” he had been executive chef at La Tache, a French bistro in suburban Andersonville, followed by a stint taking over from Grant Achatz at Trio in Evanston.