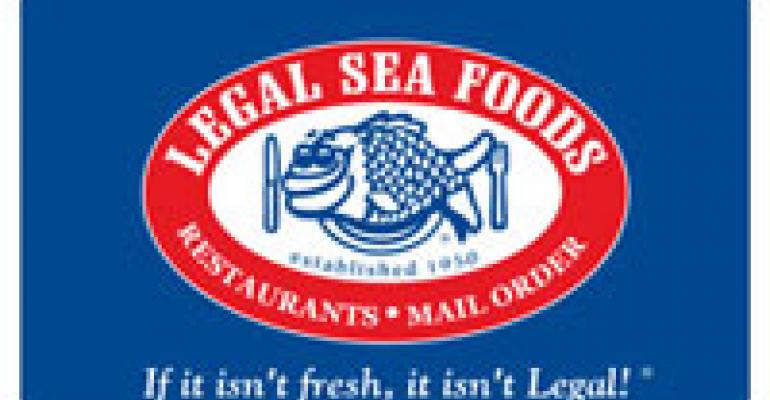 You know things are getting weird in the seafood segment when Legal Sea Foods picks a fight with sustainable seafood activists. But that’s what will take place on Monday, Jan. 24, when the 31-restaurant chain hosts a four-course meal featuring so-called “blacklisted” fish at its Park Square location in Boston. If restaurant owners were confused before about which fish should or shouldn’t go on their menus, wait until they get a load of what this spat is about.

The dinner is being presented by the New England Culinary Guild, which describes the event this way:

“Legal Sea Foods president/c.e.o. Roger Berkowitz and team will bring awareness to some of the inherent complexity that exists within sustainability in the seafood industry. The four-course meal will be designed to provoke discussion on the topic by incorporating so-called ‘blacklisted' fish. On the menu for the evening will be delicious cuisine and fine wine, courtesy of executive chef Rich Vellante and v.p. of beverage operations Sandy Block, as well as lively discussion!”

The $110 dinner is sold out, but there’s already plenty of lively discussion going on. The menu features black tiger shrimp, cod cheeks and hake—three species the fisheries watchdogs at the Monterey Bay Aquarium classify in their Seafood Watch guide as overfished.

Berkowitz thinks the group is well-intentioned, but their information is wrong. “Frankly, a lot of people have been brainwashed,” he tells the Gloucester Times. “There’s no scientific basis for what they are saying. Restaurants and chefs don’t understand any of this when Monterey comes to them.”

Among the brainwashed, he says, are other environmental non-government organizations (ENGOs) including the Marine Stewardship Council and Seafood Watch. Berkowitz is as against overfishing and as pro-sustainability as anyone in these groups, but his intimate knowledge of the seafood industry gives him a different perspective. Legal Seafood buys roughly 1,000 tons of seafood a week, most of it from New England ports. Berkowitz’s interaction with these fisheries and the fishermen who work them makes it difficult for him to accept some of ENGO conclusions. For example, ENGOs claim that cod fisheries have crashed. In fact, the New England Fishery Management Council reports that cod stocks have been rebuilt to healthy levels. The same goes for the other “blacklisted” species that will be featured at the meal.

What’s causing the disconnect? “Seafood assessments from the National Marine Fisheries and the National Ocean and Atmospheric Administration are done with trawlers, with broken pieces of equipment not quite giving accurate assessments. That’s what was written into legislation,” Berkowitz tells Fast Company magazine. “There is almost draconian legislation that limits what can be caught, and it has forced a lot of boats out of business.”

Berkowitz promises he’ll continue to stir the pot, with this dinner being just one small part of his campaign. “I’m not going to roll over and play dead,” he says.