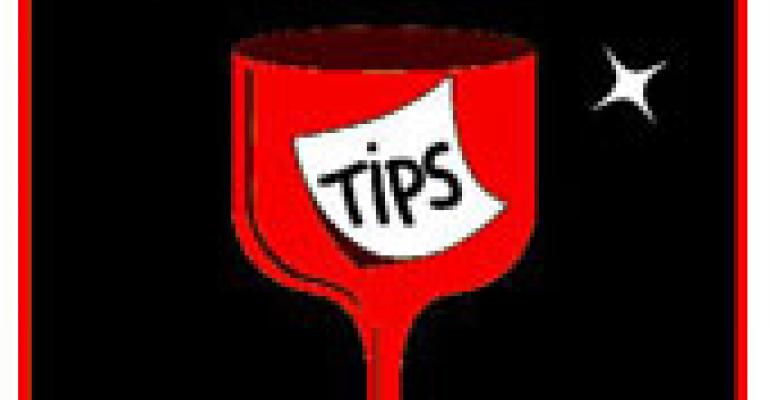 Tempest In The Tip Jar

Still shaking in your boots over the $3.1 million settlement Sparks Steak House paid to its waiters last fall to make a tip pool lawsuit go away? Or scared by similar tip-related actions brought against operators ranging from the highest of the high—sushi temple Masa in New York—to more midscale places like Chili’s and even to celebrity chefs like Bobby Flay? Good news: the most recent ruling, this one by a federal appeals court, could get you off the hook.

The Sparks settlement involved a single-unit operation and would have been devastating to almost any other restaurant. Sparks is a high-grossing restaurant and was able to withstand the hit. But still, $3.1 million is a lot of money for anyone. Factor in the attorney fees and it was even more costly.

But the case got a lot of attention, particularly among disgruntled waitstaffers. Now that class action attorneys have identified restaurant vulnerability under the Fair Labor Standards Act (FLSA), operators must feel they are negotiating a minefield each time they divvy up an evening’s tip pool. You really have to be careful about who gets how big a cut, what their exact duties are at your restaurant and how much you’re paying them in hourly wages. Even if you subsequently prevail in a lawsuit or government investigation, it can cost you a bundle in legal fees alone.

We wish we could tell you exactly how to handle tip pool distributions at your restaurant, but lawsuit-proof universal standards have yet to be established. However, we can at least report that the latest decision in a tip pool case was favorable to restaurant operators. Because it was made at the federal appeals court level, it might give you some breathing room, for a while.

The case in question is Cumbie v. Woody Woo, Inc. d/b/a/ Vita Café. Plaintiff Misty Cumbie, a waitress at Vita Café in Portland, OR, alleged that the restaurant’s tip-pooling policy violated the Fair Labor Standards Act. The issue was whether Vita Café could legally give a portion of pooled tips to kitchen staffers because they are not “customarily” tipped.

Vita Café has been open since 1999 and its website describes it as “vegetarian and vegan heaven.” This particular tip pool was unusually generous to the restaurant’s kitchen staff. The majority of the waitstaff’s tips (55-70 percent) went to the back of the house, while front-of-the-house workers retained only 30-35 percent of what they pulled off the tables. Given this type of split, it’s no wonder Cumbie filed suit and that others joined her in what became a class action suit.

The Ninth Circuit Court of Appeals didn’t give her any sympathy. Here’s the final paragraph of its decision:

“The Supreme Court has made it clear that an employment practice does not violate the FLSA unless the FLSA prohibits it. Christensen v. Harris County, 529 U.S. 576, 588 (2000). Having concluded that nothing in the text of the FLSA purports to restrict employee tip-pooling arrangements when no tip credit is taken, we perceive no statutory impediment to Woo’s practice.”

Will this decision prevail if someone sues you? Maybe, but other factors might be involved. In this case, a key point was that Woody Woo/Vita Café didn’t take a tip credit against the minimum wage, enabling it to include “customarily” non-tipped staffers in the tip pool. “Cumbie received a wage that was far greater than the federally prescribed minimum, plus a substantial portion of her tips. Naturally, she would prefer to receive all of her tips, but the FLSA does not create such an entitlement where no tip credit is taken.”

You can read the blow-by-blow of the decision here:
www.ca9.uscourts.gov/opinions/view_subpage.php?pk_id=0000010304

The Sparks $3.1 settlement document can be found at:
docs.google.com/viewer?a=v&q=cache:Bv-i97tan7gJ:images.nymag.com/images/2/daily/2009/10/20091023-OrderApprovingSettlement.pdf+sparks+tip+pool+hearing&hl=en≷=us&sig=AHIEtbRnL2PKDV_-86UxjH1w_JoKMm9Dvw

Or better yet, have your attorney read through the legalese and tell you exactly what the current law requires of you in your particular situation. It’s tricky business; Bobby Flay paid out $800,000 to front-of-the-house staffers just last week to settle their claim. Professional advice can save you a bundle on this one.