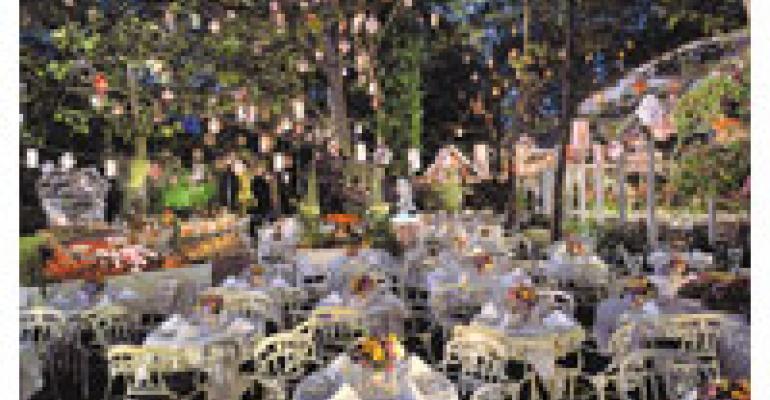 Tavern on the Green: Be Glad You Didn't Win It

Still feeling bad you didn’t put in the high bid last year when owner New York City put Tavern on the Green, the Central Park restaurant that grosses $40 million a year, up for lease? Don’t. The person who prevailed, Dean Poll, has already given up after six months of fruitless labor negotiations. Now TOG, once perhaps the greatest money machine in the full-service segment, is shuttered, destined to become a visitor center and snack bar…unless and until new bids come forth.

Will they? Consider. It was just a year go that interested parties from all walks of New York City’s restaurant world were finalizing their bids to take over the iconic Tavern on the Green. The long-running lease between the city and the family of Warner Leroy was up at the end of 2009, and New York City wanted a new operator who would make a significant investment in TOG’s aging facility and pay a higher percentage of revenue back to the city as rent.

Many of New York City’s most prominent restaurateurs gave TOG a serious look, but ultimately passed. Even the Brennan family, who runs the New Orleans-based Commander’s Palace group of restaurants, made a serious run at the lucrative 20-year lease.

In the end, Dean Poll, who operates the Central Park Boathouse restaurant just across the park from TOG, prevailed. He promised to invest $25 million to refurbish the restaurant and restore it to its original splendor.

But first Poll had to negotiate with the local unit of the Hotel and Motel Trades Council. This powerful unit represented TOG’s 400 well-compensated employees. After six months of meetings, Poll was unable to reach an agreement with the union. So he handed the restaurant back to the city.

“It is with great regret that we are unable to go forward with our very exciting $25 million plan to restore the famed Tavern on the Green restaurant,” Poll said in a statement. “Unfortunately, after eight months of negotiations, coming to terms with Local 6 of the Hotel & Motel Trades Council to operate a viable restaurant and banquet facility has been impossible to achieve."

Union head Peter Ward doesn’t sound like he will reduce his demands for the next person who wants to take over TOG. Here’s his take on the situation.

Here’s New York City mayor Michael Bloomberg’s statement on what’s next for Tavern on the Green.

“We’ll solicit new proposals with labor obligations from anyone that wants to re-open it as a restaurant. During that period, which will last several months, we’ll use the venue as a visitor center and snack bar, similar to the successful Central Park Dairy, and also as a retail shop. The City will put in the resources to stabilize the building and make it suitable for those uses. Then, based on the proposals and the success of the venue as a visitor center and store, we’ll decide whether or not to turn all or part of it back into a restaurant."

So who’d step into this mess now? One name that’s surfaced is the irrepressible Donald Trump. He told the New York Times that “if I could help the city and the city wanted me to get involved” he would “be open” to operating Tavern on the Green. “It really is a special place. Only a person with a lot of money can rebuild and resurrect Tavern. And I have a lot of money.”

There may be other candidates, too. You can bet that anyone who puts in a bid now will have a stronger negotiating position than those who participated in the first round of negotiations. If you’ve got deep pockets and are skilled at labor negotiations, your time may have come.